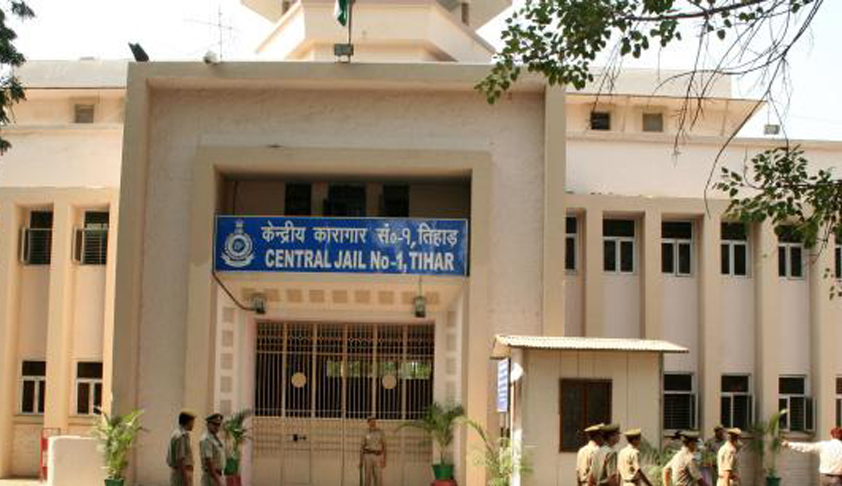 A Delhi High Court Bench comprising Chief Justice G. Rohini and Justice Jayant Nath has reportedly urged the Delhi State Legal Services Authority to take steps for immediate release of over 152 woman under-trials languishing in Tihar Jail for more than six months.It directed panel lawyers of DSLSA to prepare appropriate applications for bail for all the 105 under-trial prisoners and file the...

It directed panel lawyers of DSLSA to prepare appropriate applications for bail for all the 105 under-trial prisoners and file the same in the jurisdictional courts. Following this, appropriate orders will be passed by the Courts, keeping in mind the directions rendered by the Supreme Court in April, 2015.

The Under-trial Review Committee of the district concerned was directed to explore alternatives, in case the under-trials prisoners are unable to furnish personal bonds. The Bench reportedly said, “In case of 47 under-trial prisoners, facing charges in multiple offences having different period of incarceration, Under-trial Review Committee of the district concerned shall review every case to ascertain as to whether half the sentence of the lesser offence is completed by the under-trial prisoners and take the necessary steps for their release in terms of the order of the Supreme Court...”

The Court reportedly observed “that in spite of court orders and periodic visits by officials and panel advocates of DSLSA, interaction with the inmates and Legal Services Clinics being organized in the jail complex...many of the under-trial prisoners are in jail for more than six months even though charges are not for serious offences”.

The Court was informed by the Superintendent of Tihar’s Jail 6 that there are 105 women under-trials, facing charges other than murder, rape, culpable homicide not amounting to murder and sections of Maharashtra Control of Organized Crime Act (MCOCA).

It was further informed by the Tihar administration that 47 women under-trials, in case of multiple offences, have completed half of the period of their sentence in a lesser offence. As per the statistics of December 31, 2014, it said, about 43% of women prisoners are illiterate and most of them are from the low-income strata of society.

Status Report of all steps were directed to be filed by DSLSA and Superintendent of Jail No.6 were ordered to be filed.

Delhi High Court has taken suo motu cognizance of the matter, brought to its notice by Justice Kurian Joseph, in a letter. The Supreme Court Judge had “earnestly” requested the Chief Justice of the High Court “to take up the matter appropriately so that the cry for justice is answered in accordance with law with the promptitude with which a mother responds to the cry of her child”.

Justice Kurian Joseph had received an appeal from 612 women prisoners, complaining of overcrowding in Jail No. 6 where they were lodged, delay in disposal of their cases and their non-release on bail if they are unable to fulfill conditions of bail bonds. They had also brought to his notice that kids aged six years or more were being kept away from their mothers.

The Social Justice Bench of the Supreme Court comprising of Justice Madan B. Lokur and Justice U.U. Lalit had, in April this year, directed the State legal Service Authority lawyers to file urgent applications before Courts across the country and secure release of under-trials. It had observed that poverty cannot be a ground for retaining a person in custody due to non-furnishing of bail amount. You may read the LiveLaw story here.

Last year in September, the Supreme Court had ordered that the prisoners in Indian jails can be released if they have served half their maximum term without trial. The Bench headed by Chief Justice of India R.M. Lodha ordered that prisons across the country must comply with the law, and ordered local judges and magistrates to supervise the process. You may read the LiveLaw story here.