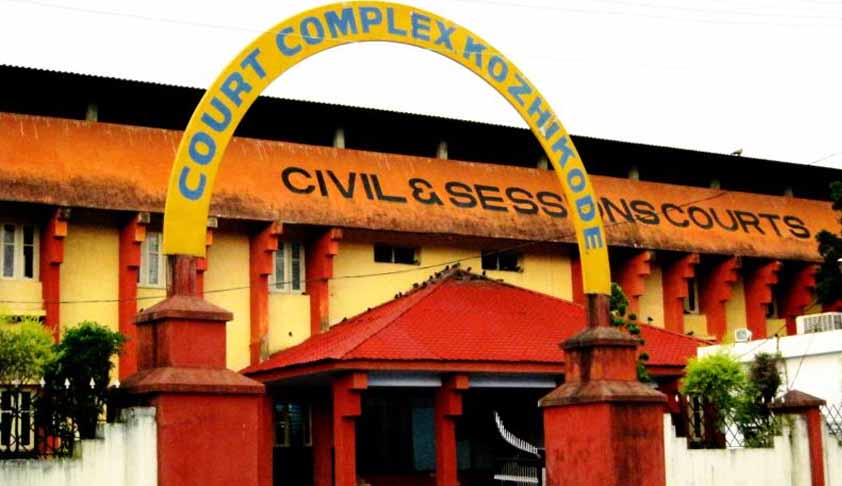 THE CONUNDRUM What are the courses open to a Magistrate, when he receives a complaint, wherein more persons than the one are made as accused and when he finds that the allegation against some of them is sufficient for further proceedings and insufficient as against the others? What happens, if his judicial mind impels him to take a decision to proceed against some selected accused against...

What are the courses open to a Magistrate, when he receives a complaint, wherein more persons than the one are made as accused and when he finds that the allegation against some of them is sufficient for further proceedings and insufficient as against the others? What happens, if his judicial mind impels him to take a decision to proceed against some selected accused against whom allegations are sufficient and to abstain from doing his action against the others, to whom the allegations are deficient? Should the Magistrate take or presume to have taken cognizance of the offence, or can it be presumed that the procedure envisaged under Chapter XV of the Cr PC (‘Code’, for short) has been invoked when he decides not to proceed against the accused, against whom the allegations are lacking?

Taking Cognizance of an Offence - The Disillusionment Continues

The Single Bench of the High Court of Kerala, in Balasubramanian vs. Biju Kochupaul ( 2016(3) KLT 220 = 2016 (3) KHC 794) held that once the Magistrate takes cognizance and embarks upon the procedure embodied in Chapter XV of the Code, he is not competent to revert back to the pre-cognizance stage and avail the power under Section 156(3). The self-same judgement was followed by the same Judge in P.M. Salim vs. George M.J. and Ors. (MANU/KE/0336/2017). The legal fraternity, as they are aware of this settled principle of law as it has been settled for long time, had felt nothing special about it. But, if we go further reading those judgments wherein the facts of the case are juxtaposed with this principle, there arises the question whether these decisions convey the law relating to taking cognizance of the offence and the law respecting the course open to the Magistrate when the complaint reveals offence against some of the accused and does not reveal offence against the others, correctly. My humble opinion is in the negative.

THE FACTS AND THE DECISION IN BALASUBRAMANIAN

The proceedings originated when the complainant filed a complaint in the Court of the Enquiry Commissioner and Special Judge (Vigilance), Thrissur by arraigning 15 accused/respondents. The learned Special Judge passed the order in the matter and by concluding that specific allegations were not raised against respondents 2, 3, 6, 7 and 14 in the complaint, and therefore, as far as the said respondents were concerned, any further proceedings were not required. At the same time the Special Judge, ordered a preliminary inquiry into the allegations against the respondents 1, 4, 5, 8 to 13 and 15 in the complaint, meaning that the Judge made an order u/s 156 (3) of the Code. One of the respondents moved the High Court and the Court observed as hereunder:

And the learned Judge held that:

“The entire exercise made by the court below in this matter is per se illegal. The court below ought not have absolved some of the respondents from criminal liability and thereafter forwarded the complaint for quick verification or investigation, as the case may be, under S. 156(3) Cr.P.C.”

Sanction for referring a Complaint (against public servant)for investigation under S.156(3) of the CrPC – Anil Kumar’s Case [(2013)10 SCC 705] is per-incurium

Let’s examine whether s. 203 is the only course before the Magistrate to decide not to proceed against the accused against whom the allegations are lacking. For an easy understanding of the matter under discussion I may quote necessary portion from section 190 of Code, which comes under its Chapter XIV.

(a) upon receiving a complaint of facts which constitute such offence;

From the plain reading of s. 190 (1) (a) it is clear that the Magistrate may take cognizance of any offence subject to the conditions in that section. The word ‘may’ used herein includes may not. Application of this may occurs when there is sufficient ground for proceeding further, and the scope for may not is applicable when there is no such ground. Hence, if the Magistrate, after reading the complaint (which is explained judicially as applying his mind) finds that it does reveal an offence, for which he is empowered to take cognizance, he decides to go further. This does not mean that he has taken cognizance of that offence. Only the moment he decides to examine the complainant, it is said he has taken cognizance. A magistrate is expected to apply his mind meticulously, before he decides to order an investigation u/s 156(3) of the Code, yet his exercise will not amount to taking cognizance. The magistrate takes cognizance not when he applies his judicial mind, but when he applies his mind for the purpose of proceeding under Chapter XV of the Code.

In R.R. Chari vs. The State of Uttar Pradesh (AIR 1951 SC 207=1951 KHC 241) a Three Judges Bench of the Supreme Court giving approval to a Calcutta High Court decision, in Superintendent and Remembrancer of Legal Affairs, West Bengal vs. Abani Kumar Banerjee (AIR 1950 Cal 437), quoted as follows :-

" What is taking cognizance has not been defined in the Criminal Procedure Code and I have no desire to attempt to define it. It seems to me clear however that before it can be said that any magistrate has taken cognizance of any offence under section 190(1)(a), Criminal Procedure Code, he must not only have applied his mind to the contents of the petition but he must have done so for the purpose of proceeding in a particular way as indicated in the subsequent provisions of this Chapter - proceeding under section 200 and thereafter sending it for inquiry and report under section 202. When the magistrate applies his mind not for the purpose of proceeding under the subsequent sections of this Chapter, but for taking action of some other kind, e.g. ordering investigation under section 156(3), or issuing a search warrant for the purpose of the investigation, he cannot be said to have taken cognizance of the offence."

In Balasubramanian (supra) the learned Judge assumed that the Special Court has taken cognizance of the offence before dismissing the complaint against some of the accused while ordering investigation u/s 156 (3) of the Code. This assumption can be gathered from the following observation.

The position that the Magistrate has power to reject the complaint at the threshold is not a matter res integra. In S.M.S. Pharmaceuticals Ltd. vs. Neeta Bhalla and Anr. (2005(4) KLT 209(SC) = (2005 KHC 1468) it was held by the Apex Court that a Magistrate has to consider the complaint before issuing process and he has power to reject it at the threshold, suggests that a complaint should make out a case for issue of process.

“If after perusing the complaint, the Magistrate is of opinion that the averments therein do not at all spell out any offence, then he should definitely possess the power to throw away the complaint and terminate the matter then and there. This power is not dismissal but rejection.”

And Biju Purushothaman (supra) gives clarity that the dismissal of the complaint u/s 203 can be only after taking cognizance.

“The said dismissal at the pre-cognizance stage was presumably under the misconception that Sec. 203 Cr.P.C. clothes a Magistrate to do so. It is true that barring Sec. 204 (1) [sic. 204(4)] Cr.P.C Sec.203 Cr.P.C appears to be the only enabling provision which empowers a Magistrate to dismiss a complaint. A dismissal of the complaint under Sec. 204 (4) Cr.P.C for failure to pay process is not a dismissal on merits. But a closer reading of Sec. 203 Cr.P.C will reveal that dismissal of a complaint can be done only at the post - cognizance stage.”

“The use of the words 'may take cognizance of any offence', in sub-s. (1) of s. 190 in our opinion imports the exercise of a 'judicial discretion', and the Magistrate, who receives the report, under s. 173, will have to consider the said report and judicially take a decision, whether or not to take cognizance of the offence.”

The position is thus clear that in order to order investigation u/s 156(3) of the Code cognizance of the offence cannot be taken, and at the same time, in order to reject the complaint against the accused, invocation of powers under Chapter XV is also not necessary. This position is clear even from the judgment (CREF Finance Ltd. vs. Shree Shanthi Homes Pvt. Ltd. and Anr. (AIR 2005 SC 4284)=2006 KHC 3680) relied on by the learned Judge, wherein it was observed that:

When a complaint is received, the Magistrate has at least three options. He can reject the complaint (if the allegations are insufficient), he can order investigation u/s 156 (3) of Code (if the allegations would constitute cognizable offence) and he can take cognizance and proceed to examine the complainant u/s 200 of the Code. Out of these three, first two are in the realm of pre-cognizance stage.

If the Magistrate can reject the complaint as against the accused to whom no offence is attributable, in a complaint where more than one accused are cited and where the facts constituting offence against somebody are available, and as against the others if there are no such facts, the Magistrate is well within the power to choose to order investigation u/s 156 (3) of the Code in respect of the former and to reject complaint relating to the latter, without taking cognizance of the offence. In this regard the order of the learned Special Judge appears to be correct.

In Balasubramanian (supra), from the facts narrated in the judgment, it is clear that the Special Court did not actually conduct any inquiry under Chapter XV of the Code, but proceeded under Chapters XII and XIV, but the High Court assumed that what the Special Judge had done was under Chapter XV of the Code. Moreover, the matter being offences covering Prevention of Corruption Act (PC Act), the observation of the High Court that the court below could not have entered such a dismissal without recording the statements of the complainant and witnesses, if any, also is impermissible. Recording statements of the complainant etc. can be done only after taking cognizance, which is barred s.19 (1) of the PC Act, except with the previous sanction of the Government.

Hence, I humbly opine that the decision of the Hon'ble High Court of Kerala in Balasubramanian vs. Biju Kochupaul (2016(3) KLT 220= 2016 (3) KHC 794)) does not convey the correct law relating to the Magisterial powers concerning the cognizance of offence and the procedure to be followed by Magistrates when they receive complaints where facts necessary to reveal commission of offences against some of the accused are proper and improper in respect of others.

The writer has worked with National Investigation Agency as Public Prosecutor for four years. This article is a pericope from his book ‘Counter-Terrorism Laws in India-A Detailed Commentary on the UA (P) Act’, to be published shortly.