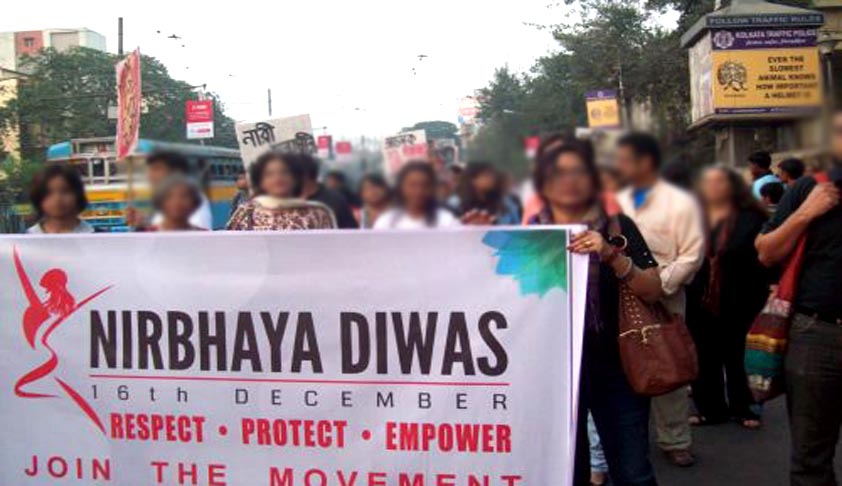 The Nirbhaya rape case in New Delhi, which caught international attention and shook the conscience of the capital city highlighted major lacunae in India in protecting women. It seemed to be the only topic that anyone referred to as soon as India was mentioned.Unfortunate though it is to mention, this incident was neither the first nor the last. Infact, it has been two years since the case...

The Nirbhaya rape case in New Delhi, which caught international attention and shook the conscience of the capital city highlighted major lacunae in India in protecting women. It seemed to be the only topic that anyone referred to as soon as India was mentioned.

Unfortunate though it is to mention, this incident was neither the first nor the last. Infact, it has been two years since the case and women even today do not feel safe. There have been one too many instances of rape and molestation which have gone unnoticed. Often the politicians have made callous statements blaming these instances on the women themselves. The victim still faces stigma and great difficulty in registering an FIR. Thereafter follows the long drawn trial.

The appointment of a Committee by the Supreme Court and the amendments in the criminal law were welcomed by many. Today there are judgments that allow conviction on the sole statement of the prosecutrix (if reliable), judgments that say registration of FIR is mandatory and there cannot be a preliminary investigation in cases where cognizable offences are made out. There is a harsher punishment for rape and other offences against women. Even the Prime Minister of India has come out and made statements asking mothers to ensure their sons do not commit these heinous acts of rape.

However, there is great deal of implementation required especially in terms of monitoring the trial and changing the mindset of men in India. This is not a change that can be brought in by legislation. Law and Social change have always been closely linked. Whether you look at legislations such as Dowry Prohibition or making Sati illegal the change has to percolate down to the society.

Perhaps what has happened post the Nirbhaya case is that a dialogue has begun. More people are talking about the issues that have been prevailing in the Indian society for awhile.Now it is indispensable to move from dialogue to action.

It is time that the issues pertaining to women are viewed from the angle of Gender Based Violence. It is time men came forward to bring about this change. The HeForShe campaign is one such movement. The overarching issues of empowering women and tackling not only rape through punishment but trying to create an environment conducive to feeling safe is imperative. Issues of domestic violence, honour killing, decisions by kap panchayats, human trafficking and one can go on and on are all examples of how women in India today are not safe.

The recentUber cab incident has been talked about for several reasons. The lax approach in implementation of the law.

How does the law help in the current scenario? Firstly Manpower is necessary to improve the implementation of the law. An incubator system could be set up by experienced lawyers which would include budding lawyers as well as interns who are law school students. They could form a task force to follow up on the cases. Further, the government needs to invest more capital and time into sensitization programmes. These programmes need to begin at primary education level. Moreover, the root cause of the problem needs to be examined. So that proper planning and resource allocation can move towards tackling the real issue.

In a society like India where women were revered and are worshipped as Goddesses what has changed so drastically to classify India as one of the most unsafe places for women in the world.

A poll published by Hindustan Times newspaper on Tuesday, the anniversary of the Delhi gang rape, said 90 percent of 2,557 women surveyed did not see any improvements in safety. The same survey found 86 percent of respondents avoided going out alone after dark.

Delhi is ranked as the fourth most dangerous for a woman to take public transport as per an October poll by the Thomson Reuters Foundation. It was rated second-worst on safety at night and for verbal harassment on transportation. On average, 40 cases of crimes against women are registered daily by Delhi police, including at least four cases of rape, say government officials.