Tale Of Three Judgments And Dethronement Of Sec. 377 IPC: When SC Called Its Own Views ‘Perverse’ And ‘Fallacious’ 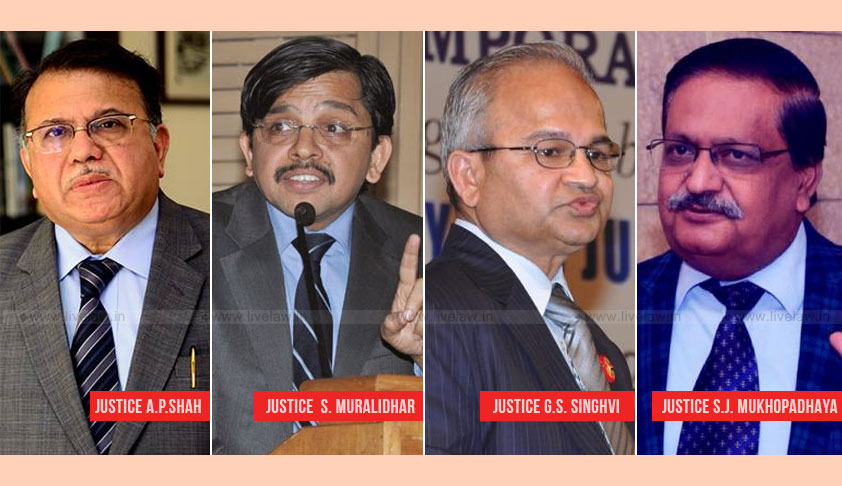 King Dasaratha wanted his son Rama to be made his successor. When the stage was all set for the coronation, Kaikeyi, who had an upper hand over the king, ambushed all the plans and made Rama go to the forest. He lived there for a long time and, in between, lost his wife. Finally, he defeated Ravana, and returned to his kingdom and reigned over it. Dasaratha’s wish, though suffered a...

King Dasaratha wanted his son Rama to be made his successor. When the stage was all set for the coronation, Kaikeyi, who had an upper hand over the king, ambushed all the plans and made Rama go to the forest. He lived there for a long time and, in between, lost his wife. Finally, he defeated Ravana, and returned to his kingdom and reigned over it. Dasaratha’s wish, though suffered a temporary setback, was fulfilled in the end. This is the tale of Ramayana.

The same thing happened on Thursday when the constitution bench of the Supreme Court overruled its own division bench, to uphold views expressed by the Delhi High Court nearly a decade ago.

The Delhi High Court is only a mile away from the Supreme Court, but it took nine long years for the latter to reaffirm and reiterate what the former said about Section 377 IPC and rights of LGBT community in a judgment it had rendered in 2009.

Justice Ajit Prakash Shah had authored the judgment for the Delhi High Court, basically stating in a little more than 100 pages, what the four judges of the apex court said in the judgment that runs a little short of 500 pages. Not only the LGBT community, Justice Shah must be feeling vindicated today.

In between this judgment of Delhi High Court in Naz Foundation in 2009 and that of the constitution bench of the Supreme Court, there lies a judgment of a two-judge bench of the Supreme Court in 2013, which had overruled the Delhi High Court judgment. The four judges, who authored the judgment on Thursday, were quite eloquent about exposing ‘fallacy’ in this judgment.

This article attempts to tell the tale of these three judgments.

The same plea which has been now finally addressed by the Supreme Court was raised before the Delhi High Court by Naz Foundation in the year 2001. They challenged the constitutional validity of Section 377 of the Indian Penal Code, 1860 (IPC), which criminally penalizes what is described as “unnatural offences”, to the extent the said provision criminalizes consensual sexual acts between adults in private.

In 2004, the Delhi High Court dismissed the plea for lack of locus standi and observed that such ‘a petition cannot be entertained to examine the academic challenge to the constitutionality of the legislation’. But the NGO took the matter to the Supreme Court which observed that the matter requires consideration and is not of a nature which could be dismissed on the ground of locus.

This is how it came back to Delhi High Court bench presided by Chief Justice AP Shah. The division bench, also comprising Justice S Muralidhar, declared that Section 377 IPC, insofar it criminalises consensual sexual acts of adults in private, is violative of Articles 21, 14 and 15 of the Constitution. It added: “The provisions of Section 377 IPC will continue to govern non-consensual penile non-vaginal sex and penile non-vaginal sex involving minors. By 'adult' we mean everyone who is 18 years of age and above. A person below 18 would be presumed not to be able to consent to a sexual act.” This is exactly the same which was said by the constitution bench on Thursday.

Justice Shah, in his judgment, said 'inclusiveness' is the underlying theme of the Indian Constitution. He concluded his judgment with these words: “The inclusiveness that Indian society traditionally displayed, literally in every aspect of life, is manifest in recognising a role in society for everyone. Those perceived by the majority as “deviants' or 'different' are not on that score excluded or ostracised.. Where society can display inclusiveness and understanding, such persons can be assured of a life of dignity and nondiscrimination. This was the 'spirit behind the Resolution' of which Nehru spoke so passionately. In our view, Indian Constitutional law does not permit the statutory criminal law to be held captive by the popular misconceptions of who the LGBTs are. It cannot be forgotten that discrimination is antithesis of equality and that it is the recognition of equality which will foster the dignity of every individual.”

Things took a different turn when some persons and organization who were ‘keen to protect cultural values of Indian society’, challenged this verdict before the apex court. The bench of Justice GS Singhvi and Justice SJ Mukhopadhyay set aside the Delhi High Court judgment for the following reasons:

When everyone thought that Suresh Kumar Koushal was the climax of the story, CJI Dipak Misra entertained a writ petition seeking to declare ‘right to sexuality and sexual autonomy’ and ‘right to choice of a sexual partner’ to be part of the right to life guaranteed under Article 21 of the Constitution of India and further to declare Section 377 of the Indian Penal Code to be unconstitutional.  The reference to constitution bench turned the tables again.

All the four judges who authored the judgments found fault with each of these reasons given by the division bench of the Supreme Court in Suresh Kumar Koushal. All of them endorsed the rationale adopted by the Delhi High Court in Naz Foundation.

CJI Dipak Misra used harsh words while overruling the Supreme Court decision in Suresh Kumar Koushal and said that adopting such a view ‘would tantamount to a retrograde step in the direction of the progressive interpretation of the Constitution and denial of progressive realization of rights’. He said: “The observation made in Suresh Koushal (supra) that gays, lesbians, bisexuals and transgenders constitute a very minuscule part of the population is perverse due to the very reason that such an approach would be violative of the equality principle enshrined under Article 14 of the Constitution. The mere fact that the percentage of population whose fundamental right to privacy is being abridged by the existence of Section 377 in its present form is low does not impose a limitation upon this Court from protecting the fundamental rights of those who are so affected by the present Section 377 IPC.”

Justice Indu Malhotra saw ‘fallacy’ in the Supreme Court judgment and gave point-wise reasons to overrule the said judgment. She said even though Section 377 is facially neutral, it has been misused by subjecting members of the LGBT community to hostile discrimination, making them vulnerable and living in fear of the ever-present threat of prosecution on account of their sexual orientation.

Justice Chandrachud endorsed the view adopted by the Delhi High Court and said: “In Naz, the Delhi High Court demonstrated effectively how Section 377 though facially neutral in its application to certain acts, targets specific communities in terms of its impact.  To this end, it chronicled the experiences of the victims of Section 377, relying on the extensive records and affidavits submitted by the Petitioners that brought to fore instances of custodial rape and torture, social boycott, degrading and inhuman treatment and incarceration. The court concluded that while Section 377 criminalized conduct, it created a systemic pattern of disadvantage, exclusion and indignity for the LGBT community, and for individuals who indulge in non-heterosexual conduct.”

Finally, the Supreme Court overruled its own division bench, to uphold a Delhi High Court judgment. The tale of three judgments ends here.

Moral: Justice, even though delayed, should not be denied.

Ashok Kini is an Assistant Editor at LiveLaw.