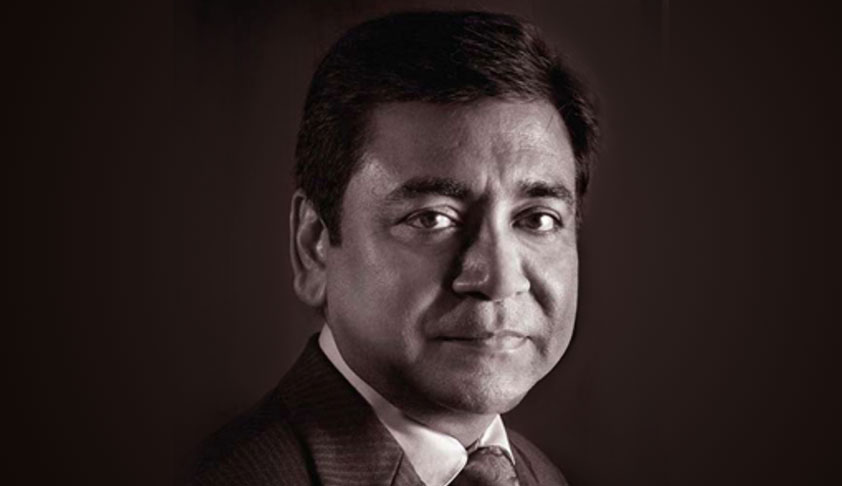 Rajesh N Gupta has a vast breadth of experience in banking and corporate matters. He represents major international and private banks in India for their various legal needs. Mr. Gupta has been a special invitee by the IBA on the Committee constituted by RBI in connection with the amendment of Banking Regulation Act, 1949. A speaker at various forums in India and overseas on matters connected...

Rajesh N Gupta has a vast breadth of experience in banking and corporate matters. He represents major international and private banks in India for their various legal needs. Mr. Gupta has been a special invitee by the IBA on the Committee constituted by RBI in connection with the amendment of Banking Regulation Act, 1949. A speaker at various forums in India and overseas on matters connected with Private Banking and Foreign Direct Investments in India, he has also co-authored books on banking laws and practices. Live Law talked to Mr. Gupta about how private banking has shaped in India in the light of RBI’s recent decision to give out licenses to new private sector banks.

Live Law: With RBI issuing guidelines for giving licenses to new private sector banks, the Banking sector is on the cusp of change as new players enter this space. But will this journey be as fruitful as the ones undertaken in the years 1993 and 2001?

Rajesh N Gupta: The Indian economy, particularly the banking sector did phenomenally well even during the global melt down and global crisis. The GDP growth rate skidded to almost 5.3% in the 4th quarter of FY 2011-12.  The GDP growth continues to be a cause of worry. Whereas the Government is still hopeful of 6% growth, the industry pegs it down between 4.5% to 5.5%.  Keeping in view the potential the country offers, the GDP growth rate is depressing.  The corruption, political environment, policy paralysis, huge fiscal deficit, tightening liquidation and the global melt down are attributed as the key reasons impacting the growth rate.

1993-2001 experience in the banking sector was good and encouraging.  Private Banks like ICICI bank and HDFC bank have done quite well and have become icons in the category of private banks in India.  As we know, the share of public sector banks in total banking assets came down heavily from almost 90% in 1991 to below 75% currently. There is no doubt that in 1990s foundation was laid for the economic liberalization; however, the actual globalization phase started from the year 2001 onwards when access to global capital became easier.  The Indian capital markets gained sizably from 2001 onwards.  In India, the banking revenue, as a percentage of GDP, is a mere 4% as against 22% in more developed markets like UK.  Further, out of total overall population, only 47% - 48% of the population has bank accounts which signals a strong need for financial inclusion.  Amongst other things, there is a huge need for infrastructure lending.  As per the Planning Commission, the 12th plan requires an investment in infrastructure of around USD 1 trillion which needs a robust and active participation from the banking industry.

Under the new banking norms the requirements are tough.  Although there are several aspirants, it is felt that the licenses would be issued on selective basis.  The norms for issuance of banking licenses, inter alia, includes Eligible Promoters; Fit and Proper criteria; Corporate Structure of the NOFHC; Corporate Governance; prudential norms etc.  There is a lot of attention on financial inclusion as well as priority sector lending.

To conclude, there is still a huge requirement for the new private banks in India and there is still a great potential in the Indian markets.  Almost 53% of the population still does not have bank accounts. In short term the new private banks will have to strive hard to do justice to their shareholders.  The concentration of banking business is in 11 to 12 cities in India and, therefore, one sure way to success is to spread the wings all over the country to derive the full benefit, supported by strong technical and adequate capital as well as risk mitigation.  It is expected that overall the new banks will do well, but the initial period may be little more challenging than what the earlier private banks underwent.

Live Law: Will this move also lead to new innovations and technologies in the way banking is being currently done?

Rajesh N Gupta: The modern banking which is being conducted as of today is strongly based on the new innovations and technology being used by the foreign banks present in India, private sector banks as well as public sector banks. India has an expanding network of over 80k ATMs which are multiplying on daily basis.  As per reported figures, there are around 250 million bank credit and debit cards which are actively in use.  The electronic payments in the year 2011 grew to around 955 million transactions.  Still we are far behind the figures being reported in US.  It may also be significant to understand that by 2020 the average Indian will be only 29 years old.  The age is on India’s side on an overall population basis.  With support of technological advancement particularly in IT; and an increasing number of youth having adopted the new ways and means in this area, sophistication in technology is certainly going to help the growth of banking industry.  The use of mobile phones, internet and other similar means has to grow substantially as a part of technological advancement.  In a large country like India the challenges in the nature of financial inclusion and priority sector lending can be solved only if technological solutions are made available at the door step of the ultimate customer at the grass root level.  No rigid approach can be adopted in this regard.  There is a need for out of box thinking and a great flexibility in the approach to be adopted to service the customer and for reducing the cost involved by the best use of technology.  Above all, there is a need to connect India within India and India globally which can happen only if the technological platform is built in a robust manner.  India has quality human talent available for financial services and IT space which needs to be utilized in optimum manner.

Live Law: For Indians, the change in the overall banking experience during the last two decades has been phenomenal.  How exactly has our banking changed in the current climate as RBI gets ready to give out licenses?

Rajesh N Gupta: The banking today is catering to the needs of the corporate India which includes high end corporate companies as well as SMEs. The definition for SME may be different to each of the banks based on their annual turnover, however, this is a segment where all the banks wish to play and where the opportunity lies.  The banks are also catering to the needs of Ultra HNI; HNIs and the other customers. The banking and insurance platforms are being used for the sale of various products and services.  The banking sector is highly regulated in India which implies that the banking sector has to offer only those products and services which they are committed to offer to their clients.  The recent incidents where Reserve Bank of India initiated investigations against leading private banks on the alleged issues like money laundering etc. are an eye opener for the entire banking community to ensure that there is sufficient control mechanism and training not only at their head-quarters, but also at the branch level to avoid any communication gap with the officers of the banks on sensitive issues.  The new private banks will face new challenges on the assets as well as liability side in view of tough competition in the banking industry.  However, out of box thinking and geographical expansion to the unbanked areas may help the new private banks to build up and expand their business.  The trend is of declining consumer loyalty which implies that customers are willing to shift to the best service providers.  Currently, as per the estimates there are over 854 million consumers and corporate customer accounts.  Banking is likely to be more transparent.  Customers at all levels are likely to benefit more, particularly on the asset side.  Services are likely to be improved in view of competition.  Technological advancements are going to simplify the banking transactions.  Unbanked areas are likely to receive attention.  Financial inclusion will imply more population in banking and, therefore, the money supply in banking system will grow further and partially reduce the cash circulation as the money will find its way to the banking system.

Live Law: In 1993, when 10 new private banks were given licenses, the gap between the best global banking practice and the banking system in India was significantly wide.  How different is the situation today?

Rajesh N Gupta: The technological advancement has certainly reduced the gap between the best global banking practices and the current banking system in India. Today, if you walk in any of the branches of the a bank irrespective of whether the branch is of a foreign bank, private bank or public sector bank, the feel is totally different to what it was in 1993. The standard of services, IT enabled services and approach to the customers is completely different from what it was in 1993. Earlier it was the customer who was always seeking the services of the banks and knocking at the door of the banks. Now the position has reversed with Indian banks virtually offering similar standard of services as the foreign banks offer globally. The Indian banks still have high ratios of CRR and SLR which are internal matters of the country and are looked into by RBI and Ministry of Finance. Having said that, the market capitalization of the banks in India is far less in comparison to other large banks world-wide. For instance, the market capitalization of State Bank of India, the largest bank in India, is just USD 27 Billion.  Since Basel ‘III’ is on cards which intends to address the solvency risk and liquidity risk compelling increase in the capital, Indian banks will face this challenge particularly in view of the fact that globally the leading banks have a more robust capital base.