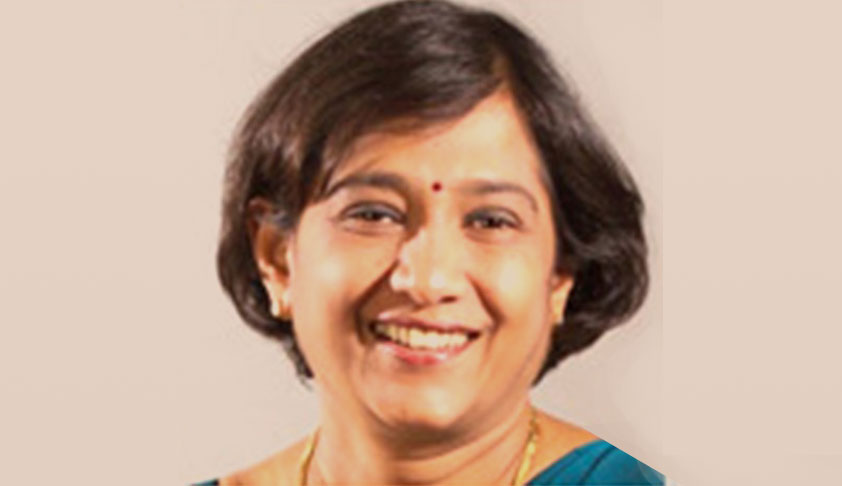 Live Law spoke to Vijaya Sampath, Senior Partner heading the corporate law practice of Lakshmikumaran and Sridharan. She has been in the legal profession for over thirty years as in house legal counsel for large Indian groups and multinationals and also a partner with a well known law firm. Until recently, Vijaya was the group General Counsel and Company Secretary of the Bharti group...

Live Law spoke to Vijaya Sampath, Senior Partner heading the corporate law practice of Lakshmikumaran and Sridharan. She has been in the legal profession for over thirty years as in house legal counsel for large Indian groups and multinationals and also a partner with a well known law firm. Until recently, Vijaya was the group General Counsel and Company Secretary of the Bharti group comprising over 100 lawyers in various group companies across multi jurisdictions.

Live Law: After the surge witnessed in M&As during 2010-2011, is the Indian M&A market still growing?

Vijaya Sampath: There has been a dip in M&A, on account of a combination of issues ranging from political uncertainty and hint of early elections, economic slowdown in India and globally, adversarial tax regime despite assurances to the contrary by the country’s finance minister and uncertainty in the regulatory regime combined with large litigation in critical sectors like telecom, mining, environment, power and infrastructure. However, smaller size deals continue and money is available for innovative and futuristic products and services in some areas like e commerce, health and hospitality. This trend is likely to continue for some time since all the issues cited above have not been mitigated or eliminated.

Live Law: The country's complex legal and regulatory regime is highlighted in a recent Memorandum submitted by Confederation of Indian Industry (CII) to the Government stating that the growth of the Indian multinationals is severely restricted by the regulatory framework for cross- border transactions. What are your views on the need to bring out regulations that would facilitate overseas acquisition?

Vijaya Sampath: There are multiple regulations in every sector and it seems that the license raj has been conveniently replaced by regulator raj. We do not need more regulations but all of the following are urgently required to be put into effect at the earliest to provide a fillip to growth that in turn will fuel M&A transactions:

(a)    Consistency in application and interpretation of regulations

(b)   Transparent and objective implementation of taxation rules. Currently some of the demands made by tax authorities to Indian and multinational companies borders on the incredulous (for want of a better word) and such excessive and flimsy demands acts as a deterrent to foreign investors who expect to be treated fairly and reasonably. Contrary messages from the finance minister who speaks about a friendly tax regime in all the global road shows contrasts starkly with the demands issued by the tax authorities in his department.

(c)    Steps (not studies) to eliminate the delay in approval for projects at all levels: bureaucracy, legislative and judiciary. This is particularly relevant for infrastructure projects like ports, mining, oil and gas, power and telecom.

(d)   Stop misuse in interpretation of regulations or stalling progressive regulations to score political points against each other, all parties indulge in this game.

(e)    Getting rid of multiple number of approvals and licenses for one project, be it in retail or manufacturing or in any major sector.

Live Law: A recent research has revealed that domestic M&A deals handled by Indian law firms fell sharply in 2012 compared with the previous year and that a rise in litigation and arbitration has helped law firms in India recover from lower levels of merger and acquisition deals, private equity cases and capital markets work. Is this trend likely to continue or do you foresee a change in 2013?

Vijaya Sampath: To a large extent, the increase in litigation and arbitration is due to two reasons : (a) due to frequent changes in regulation and in interpretation of the same and (b) corporate litigation and arbitration due to alleged breach of joint venture and acquisition agreements, lack of exit opportunities for PE firms, poor governance, misrepresentation of accounts etc. While some corporate law firms that have a strong litigation practice have done well and the litigation practice has compensated for the lack of M&A deals by the corporate practice.  Smaller corporate firms and start up or breakaways that are still trying to establish their credentials do not yet have a strong litigation practice and hence struggle more for survival due to the downturn since they depend on corporate practice for their core income generation. It is also relevant to  note that the amounts involved in the regulatory litigation and to a lesser extent on corporate litigation as well are huge and in house counsels of companies cannot afford to risk handing over such complex and big ticket litigation to smaller firms, they would prefer to engage the large and established law firms who have a broader and deeper bandwidth of experience and more importantly will be able to ensure the appearance of reputed senior counsels at hearings.

The predictions are that this trend will continue through 2014 and established firms with a strong litigation or arbitration practice will continue to forge ahead in the coming two years unless there is a dramatic change in the legal, economic and political environment and this does not seem very likely.

Live Law: The FDI bogey is once again back to haunt the legal sector after the Economic Survey 2013-14 suggested that the sluggish Indian economy could revive if FDI were permitted in the sector. Do you agree?

Vijaya Sampath: I am not sure about the revival of the sluggish economy if the legal sector opens up since the sector is very miniscule compared to other sectors like retail, telecom, financial services, etc. However, it will send a positive message to the global legal community and also enhance career opportunities for young lawyers in India. My personal belief has always been that keeping doors and windows shut, keeps out fresh air and sunlight. Clients in India will continue to use international counsels and firms whenever they need regardless of the curbs imposed on them from setting up practice in India. Hence I am in favour of law firms being allowed to practice in India but subject to certain guidelines and safeguards. The best and the largest of Indian law firm assiduously court foreign law firms for referrals and maintain relationships and so do foreign law firms, why not extend this?

Live Law: Indian corporate law firms claim that law firms in India have shown tremendous growth since the 1990s, there is no need for FDI? How feasible is this reasoning?

Vijaya Sampath: The argument is not based on any logic. Many Indian law firms argue before FIPB and the government on behalf of their clients for liberalizing FDI in various sectors. Why should the rule be different for their own practice? If the argument propounded by Indian law firms of growth is correct, India should never have welcomed FDI and hark back to the pre 1990 days of the Bombay club. If foreign law firms and lawyers are not required, why are our best and brightest going abroad to study and work?