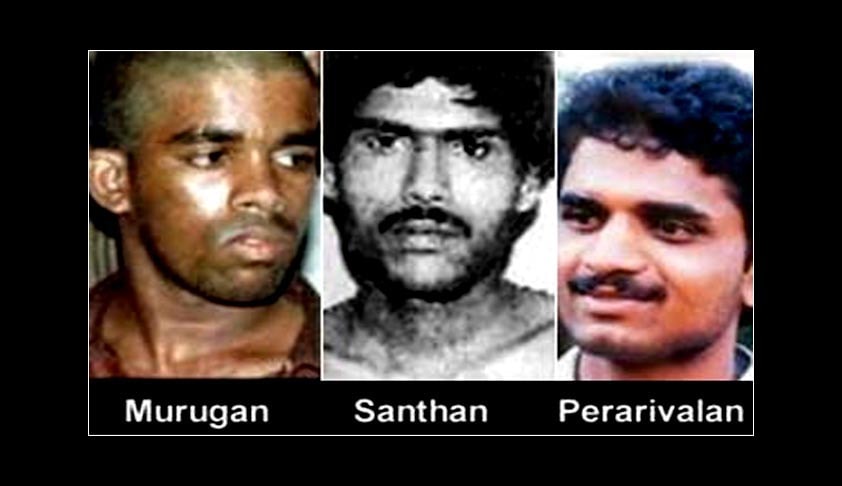 The letter sent by the Tamil Nadu Government’s Chief Secretary to the Secretary, Union Ministry of Home Affairs on 2 March seeking the latter’s views on the release of seven convicts in the Rajiv Gandhi assassination case is considered a political masterstroke by the Tamil Nadu chief minister, J Jayalalithaa on the eve of the state assembly elections.Analysts point out that there were...

The letter sent by the Tamil Nadu Government’s Chief Secretary to the Secretary, Union Ministry of Home Affairs on 2 March seeking the latter’s views on the release of seven convicts in the Rajiv Gandhi assassination case is considered a political masterstroke by the Tamil Nadu chief minister, J Jayalalithaa on the eve of the state assembly elections.

Analysts point out that there were two options before the state Government, after the Supreme Court’s judgment in the Sriharan vs Union of India, delivered on 2 December last year. In this judgment, the Constitution bench of the court had held that the state Government cannot release convicts under Section 435 Cr.P.C., without consulting the Centre, if the crimes for which they were convicted and sentenced were investigated by a federal investigating agency, like the CBI.

More important, it was also held in that judgment that consultation means concurrence of the Central Government, whose views will be binding on the state Government.

While disposing of the matter, however, the five-Judge bench had directed that writ petition No.48 of 2014 be posted before a three Judges bench of the Supreme Court for hearing. This writ petition was filed by the Central Government against the Tamil Nadu Government, when the latter, in a similar letter, sought the Centre’s views on the release of these seven convicts in 2014. The Centre secured a stay, and subsequently, the five-judge bench, on a referral by the three-Judge bench, considered and answered seven Constitutional and legal questions which arose in this case.

The two options available to the Tamil Nadu Government, after the December 2, 2015 SC judgment, were either

2) to go ahead with exercising its powers under Article 161 of the Constitution by advising the state Governor to accept the fresh mercy petitions submitted by the seven convicts for remission.
The Tamil Nadu Government, however, found that it has a third option, which was not envisaged by the December 2, 2015 judgment, that is, to create a fresh cause of action, by sending a fresh letter to the Centre under S.435 Cr.P.C.

The Union Home Minister, Rajnath Singh, has told Parliament on 3 March that the Centre would go by Supreme Court ruling. This has given rise to speculation whether as per the Court’s ruling, the Centre has no option but to disagree with the State Government on release.

Although both the UPA and its successor NDA Governments took a similar stand and opposed the Tamil Nadu Government’s decision to release the convicts before the Supreme Court, there is nothing to prevent the Centre to review its decision afresh, and reply to the state Government, either expressing its agreement or disagreement.

It is now open to a three-Judge bench to consider and decide the same writ petition in the light of the Constitution bench judgment dated 2 December 2015. This three-judge bench has not yet been constituted by the Chief Justice of India.

Meanwhile, the state Government has claimed that it has received fresh petitions from the convicts and their families that following the 2 December 2015 judgment, the door is open to the Tamil Nadu Government to initiate a consideration of convicts’ mercy petitions by the state Governor afresh under Article 161 of the Constitution of India, for which the consultation with the Central Government is not required.

The state Government, instead of taking action under Article 161, however, has once again invoked its powers under Section 435 Cr.P.C., knowing fully well that the Centre is likely to disagree with its decision to release these seven convicts, after having opposed it in the Supreme Court.

Analysts, therefore, suggest that the state Government’s action can be explained as follows:
A. The previous UPA Government, instead of replying to the state Government in 2014, sought to challenge it under Article 32 in the Supreme Court. The Central Government, now led by the NDA, cannot run to the Supreme Court again on the same issue, and therefore, has to answer the state Government’s letter, by either agreeing or disagreeing with the latter’s decision to release the seven convicts.
B. Once the Centre formally disagrees with the state Government’s decision to invoke Section 435 Cr.P.C. to release the seven convicts, the state Government will be free to use Article 161 of the Constitution, which it considers, as the final remedy available to it, even in terms of the Supreme Court’s judgment of 2 December 2015.
C. The state Government chose to be silent on whether it can use Article 161 so far, because it wants to exhaust all the existing remedies available to it, before using the final remedy.
D. Once the Centre makes its disagreement with the Tamil Nadu Government on the release of the convicts public, the ruling party in the state can use it as a political issue in the elections, against its adversaries, namely the BJP and the Congress, who are likely to have some alliance or the other with its rivals, the DMK and the DMDK.
E. The Tamil Nadu Government can always postpone its likely decision under Article 161 of the Constitution on the ground that the Supreme Court is yet to constitute a three-judge bench to decide the matter, and as it is sub-judice, it cannot take further action. The Central Government cannot evade a reply to its latest letter on the same ground, because the letter constitutes a fresh cause of action.
F. The Tamil Nadu Government is entitled to assume that the December 2 judgment of the Court is not yet final, because the state Government is yet to exhaust the review and curative remedies, open to it, and may legally contest the correctness of the judgment in future proceedings before the court. Therefore, its hesitation to exercise powers under Article 161 of the Constitution at this juncture - when it has not exhausted its review and curative remedies against the December 2, 2015 judgment - seems pragmatic. If it exercises its powers under Article 161 now, it would mean that it accepts the December 2, 2015 judgment, and that it may not file its review or curative petitions against that judgment.

Today’s Hindu editorial is incorrect in stating that the Supreme Court had said that these convicts should not even be allowed ‘a ray of hope’, and this has apparently closed the options for the Centre, which the paper predicts, may not respond positively. The Supreme Court used the phrase ‘ray of hope’ in the judgment, in a different context, and not to deny their right to be considered for remission under S.435 Cr.P.C.

The Court’s observation that the remission law should not be used for the ‘rescue of hardened and heartless offenders’ was also made in that judgment in a different context, and therefore, to use the observation - as The Hindu does - in the context of the release of the seven convicts in the Rajiv Gandhi assassination case appears misplaced and inappropriate.

The Hindu’s view, as expressed in today’s editorial, that imprisonment for the rest of one’s natural life may be the appropriate punishment in cases where a regular life term, which has scope for remission after 14 years, seems inadequate, is debatable.

There are studies which show that if death penalty is considered excessive punishment, the alternative of life sentence without remission is worse, and more degrading than death penalty itself. After all, as the dissent in the December 2 judgment by Justice UU Lalit points out, the consequence of the majority judgment is that a death row convict will be eligible for remission of his death sentence, but a life convict, whose sentence has been placed beyond the remission powers by the court, is not. This will be a travesty of justice.

While the latest letter may appear to be motivated by political reasons, there are valid legal grounds as well to justify the state Government's action.