The Tata Episode: Corporate Governance And The Continuing Influence Of Promoters 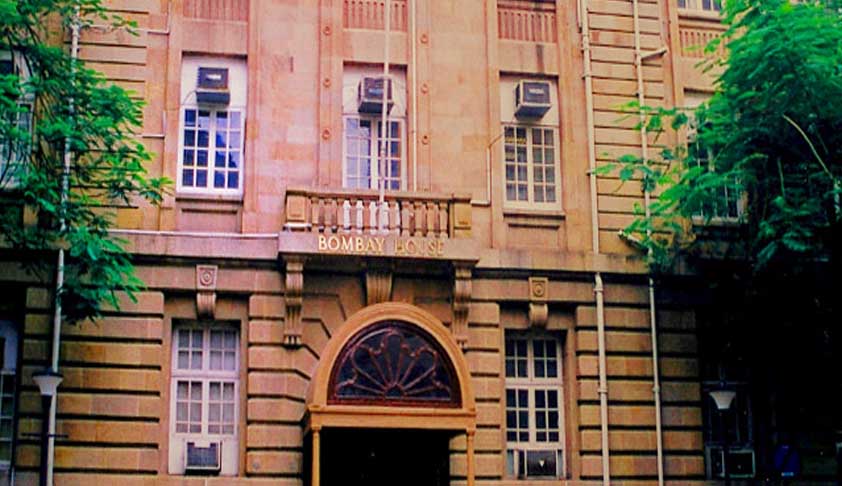 It is generally understood that corporate governance norms ought to address agency problems between various actors in a company. Moreover, in companies with concentrated shareholding, the agency problems between controlling shareholders (referred to in India as “promoters”) and minority shareholders tend to be rampant, and hence corporate governance measures need to be targeted to...

The motivation for this discussion arises from the move by the promoter of various Tata group companies, i.e. Tata Sons Limited, to requisition an extraordinary general meeting (EGM) of these companies for the purpose of removing Mr. Cyrus Mistry as a director of the company. A removal of Mr. Mistry from his position as a director would consequentially result in his ceasing to be chairman of these companies. Those that have already received such requisitions from Tata Sons are Tata Consultancy Services (TCS), Tata Motors, Tata Steel, Tata Chemicals and Indian Hotels.

Not only is such a removal of a director from a company by a majority of the shareholders permissible, but it also open for a significant shareholder to requisition an EGM to be convened to enable such a removal. Under section 169 of the Companies Act, 2013, a director can be removed by a simple majority of shareholders who are present and voting on a resolution for the purpose at a shareholders’ meeting. The provision only requires that adequate chance be given to the director being removed so that such a director has a reasonable opportunity of being heard, and whose representation ought to be communicated to the shareholders. Moreover, since such a removal can be effected only at a shareholders’ meeting, a significant shareholder may requisition a meeting under section 100 of the Act if the board refuses to call one. Once such a requisition has been received, the board is compelled to convene a meeting and, if it fails to do so within a prescribed time period, the requisitionist can proceed to convene a meeting itself.

Hence, under Indian company law, significant powers are conferred upon a shareholder who has a controlling stake to fire members of the board of directors. It is precisely this power that is being exercised by Tata Sons. Interestingly, among the companies listed above, the promoters have a majority stake only in one, namely TCS, where they have a 73.33% shareholding. In this case, the removal of a director is a foregone conclusion. However, in the other companies, the promoters hold less than a numerical majority of shares as follows: Tata Motors (33%), Tata Steel (31.35%), Tata Chemicals (30.80%) and Indian Hotels (38.65%). Nevertheless, since the remaining shareholdings are dispersed among other shareholders (both institutional and retail), the promoters may be in a position to muster sufficient support for the removal of the director. This is because the resolution requires a majority of shareholders “present and voting”. If a substantial number of shareholders decide to abstain, that may work in favour of the promoters. Hence, unless significant shareholders vote against the resolution for a removal, it would be unlikely that the resolution would be defeated.

Thus far, there appears to be nothing counter intuitive or problematic as this phenomenon represents the basic fact of corporate democracy, i.e. “majority rules”. Hence, there is nothing wrong with the promoters exercising their power of removing directors. Moreover, the promoters (as shareholders, and unlike directors) do not owe any fiduciary duties, and it is well within their means to exercise their powers in their own interest rather than the interest of the company, the minority shareholders or other stakeholders.

However, once we transition beyond these basic feature of corporate law and enter into the realm of corporate governance norms and good practices, matters become somewhat complicated.

Board Independence in the Shadow of Promoter Dominance

Last week, I ended a post with an optimistic note regarding the manner in which the independent directors of Indian Hotels acted by taking stance. Similar instances have occurred to varying degrees in some other Tata group companies, while even more companies are likely to face similar situations when they meet in the coming days. However, such an optimism regarding the role of independent directors seems short-lived, given that one of the independent directors, Mr. Nusli Wadia, who holds positions in three Tata group companies (i.e. Tata Motors, Tata Steel and Tata Chemicals) is being given the marching orders, presumably for his stance in displaying support towards Mr. Mistry as the chairman of these companies. This portends ominous consequences to the institution of independent directors in India: toe the promoter line, or you will be shown the door.

The role of independent directors in family-owned companies is complex, and may require a different approach compared to other types of public listed companies. For example, in her article “Guests at the Table?: Independent Directors in Family-Influenced Public Companies”, Professor Deborah DeMott argues:

… Independent directors are the sole actors at the highest level of firm governance who have the capacity to bring appropriate detachment to bear in resolving difficult questions that implicate family ties as well as business necessity, including management succession and external threats to the firm's position and separate existence. Independent directors may help assure the board's appropriate focus on the corporation's business despite the distracting influence or overhang of frictions internal to the founding family. …

In other words, independent directors may have to navigate through family-related issues in order to decide on what is best for the interests of the company, and its shareholders and stakeholders as a whole.

While this is the ideal scenario, the reality is that independent directors operate in the shadow of the promoters. That is because independent directors can be hired and fired like any other directors, and hence they may have the tendency to be beholden to management. Those who raise difficult questions may either be removed, or their tenure not renewed. This deficiency in the corporate governance norms (despite considerable strengthening) leaves the independent director institution exposed. The proposal for removal of Mr. Wadia from three Tata group companies is a signal to all directors that they should either not take sides or (if they do) take the side of the promoter, failing which the continuance of such director on the board will be untenable. This entirely defeats the purpose of board independence. As I have argued previously, the board independence mechanism is such that independent directors effectively act at the pleasure of the promoters. If so, how does the mechanism help address the agency problems between the promoters and minority shareholders that are prevalent in countries like India that display concentrated shareholdings?

Although one may have dismissed these claims as being theoretical, the Tata group episode has turned it into reality. While the removal of independent directors for taking a stance against promoters has been discussed as a possibility, this is the first time (as far as I am aware) where an independent director is being removed from a high profile company in India. Of course, there have been disagreements on the board in the past, and directors may have resigned, but such a removal is an extreme scenario. If Mr. Wadia’s removal is indeed effected by the shareholders, it may send strong signals against board independence in India, and this may have significant repercussions against corporate governance.

The Role of Non-Promoter Shareholders; Conclusion

The requisitioning of EGMs in the above Tata group companies effectively puts the ball in the court of the shareholders. A lot will depend upon how participative the institutional and retail shareholders are. As discussed above, the exercise of franchise by the non-promoter shareholders could determine the outcome of the proposal to remove the directors in respect of all companies, except for TCS (where the promoters hold a majority of the shares). The institutional investors will be key players. If they abstain from voting, as several may very well do, the game will be played into the hands of the promoters who will be able to muster enough support to pass the resolutions.

Ultimately, the non-promoter shareholders might act in what is best in the interests of the company (and therefore their own interests), perhaps keeping in mind the long-term prospects of the company. To that extent, this episode would be a test for shareholder activism in India. One hopes that the non-promoter shareholders, particularly those of the institutional type, will exercise their votes taking into account the proposals of the promoter and defence put forward by the directors who are being removed.

Although it might be too early to predict an outcome, the events thus far provide sufficient lessons for the state of corporate governance in India. It appears that the powers of promoters continue to be strong even after the recent reforms, and institutions like independent directors are susceptible to being outweighed by the influence of the promoters. To be sure, the existence of concentrated shareholding is not undesirable on its own. Promoters do bring considerable value, and the benefits they derive as shareholders would also be available to the other shareholders. What matters is the manner in which the promoters exercise their power. The goal of corporate governance norms in such a scenario ought to be to ensure that the promoter-owned corporate system creates efficiencies that confer benefits a net benefit to all shareholders (including the minority shareholders) and to the company as a whole (including other stakeholders), and to avoid inefficiencies that cause a net reduction in value. But, as is usually the case, the means as are important as the end. Prof. Umakanth Varottil is an Assistant Professor, Faculty of Law at the National University Singapore (NUS).

The Article is first published here.