Technical Problems In Uploading Part B Of E-Way Bill Not A Ground To Set Aside Penalty & Detention Under CGST Act : Kerala HC [Read Judgment] 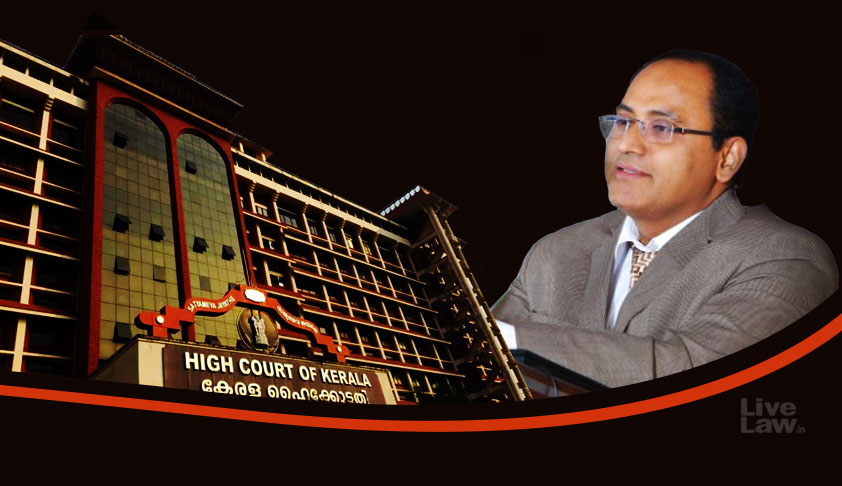 The High Court of Kerala has held that technical glitches in uploading Part B of E-Way Bill cannot be a ground for setting aside penalty and detention under the CGST Act.The Court held so in the case Garuda Timber Traders v. Assistant Sales Tax Officer and others,  while dismissing a writ petition filed by a timber dealer, who challenged  detention of his consignment by the authorities...

The High Court of Kerala has held that technical glitches in uploading Part B of E-Way Bill cannot be a ground for setting aside penalty and detention under the CGST Act.

The Court held so in the case Garuda Timber Traders v. Assistant Sales Tax Officer and others,  while dismissing a writ petition filed by a timber dealer, who challenged  detention of his consignment by the authorities under Section 129 of the Central Goods and Services Tax Act (CGST) for failing to fill up Part B of the E-Way Bill. The petitioner contended that though E-Way Bill was uploaded, Part B of the Bill could not be filled up and uploaded due to technical glitches in the web portal ( Part B contains details of the transporter, and Part A contains details of the consignment). It was submitted that the dealer had no intention to violate law, and the default was trivial and technical in nature. The petitioner prayed that the Court should adopt a pragmatic view of the nascent enactment, which has been facing teething problems.

The respondents opposed the petition, stating that the statutory mandate was very clear, and legal consequences should automatically follow infraction of the provisions. It was submitted that the statute did not give any discretion to the authorities or the Court to dilute the penalty and detention proceedings.

Justice Dama Seshadri Naidu, the learned Single Judge who considered the matter, did not entertain the plea for relaxation from detention and penalty proceedings. It was held that judicial discretion cannot be exercised to dilute statutory provisions.  Quoting Justice Aharon Barok of Israel Supreme Court, it was held that judicial discretion gave judge the power to choose amongst lawful alternatives. Judicial discretion should be exercised to express the will of the law, and not the will of the judge- the judgment noted, quoting Chief Justice John Marshal of US Supreme Court.

"The language and legislative intent clear, courts, in the name of judicial discretion, cannot do violence to statutory mandate. Discretion smooths the edges, but does not cut corners",  Justice Naidu observed in the judgment.

The Court made reference to Division Bench judgment of High Court of Madhya Pradesh in Gati  Kintetsu Express Pvt Ltd v. Commercial Taxes Department which dealt with a similar case of not filling up Part B of E-Way Bill. There the Court did not accept the plea of technical error and upheld the penalty.

The precedents of High Court of Kerala in Commercial Tax Officer v. Madhu T. B  and The Assistant Sales Tax Officer v. Indus Towers were also taken note of by the judgment. In Madhu T.B, the Division Bench set aside the relief granted by a Single Bench to release the detained goods on payment of 50% of demanded tax, holding that Court should not deviate from the mechanism provided by the Act. In Indus Towers, the Division Bench held that even if goods transported were non-taxable, their transport should be accompanied by requisite documents, failing which penalty will be leviable. The relief granted by Single Bench on ground that goods were not taxable was set aside by the Division Bench.

Reliance was placed on Renju Lal Damodaran v. Sales Tax Officer,which dealt with an identical situation of failure to fill up Part B. There the Division Bench held that statutory rigour of tax and penalty cannot be diluted, and gave liberty to seek provisional release of detained goods by furnishing bank guarantee for the tax and penalty, and by executing a bond for the value of goods, in term of Rule 140(1) of CGST Rules.

Taking a cue from this, the Court held that the petitioner could seek provisional release of the detained goods by furnishing bank guarantee and executing bond as per Rule 140(1) of CGST Rules.  The Court refused to examine the merits of the penalty order, by relegating the petitioner to avail the appellate remedy available under Section 107 of the Act.