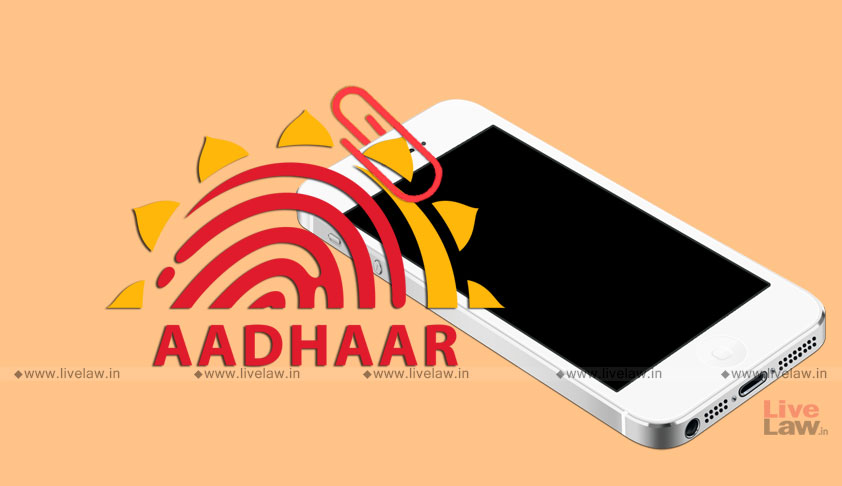 In compliance with the Constitution bench decision in Justice Puttaswamy case, the Department of Telecommunication has directed Telecom Service Providers to discontinue use of Aadhaar based e-KYC service for issuing new mobile connections and re-verification of existing customers.

On September 26, the Constitution Bench of Supreme Court had set aside the circular issued by DoT on March 23, 2017, which directed telecos to use Aadhaar for KYC verification of new and existing customers of mobile services. "In compliance to the judgment of the Hon'ble Supreme Court, all Licensees are to discontinue the use of 'Aadhaar' e-KYC service of UIDAI both for verification as well as for issuing new mobile connections", said the direction issued by the DoT to all telecom licensees on October 26. It is stated that all follow-up instructions relating to Aadhaar based e-KYC verification "stand withdrawn".

The service providers are directed to implement the directions and submit compliance by November 5. The DoT further instructs that service providers should prepare to adopt an alternate digital process which envisages a customer acquisition form (CAF) be embedded with live photographs of subscribers and scanned images of a proof of address and identify, which will make the entire process paperless. The carriers also need to offer the proof of concepts of the alternate digital means of customer verification by November 5 for approval.

They are at liberty to use the other approved documents for proof of address and identity as per earlier instructions issued by DoT in 2012. The DoT permits licensees to accept physical copy of Aadhaar or Aadhaar letter after masking the UIDAI number as proof of address and identity, if voluntarily offered by the subscriber. The mobile providers are further directed to delete the column asking for Aadhaar number in the CAF.