Thank God, Justice Dave is not a Dictator 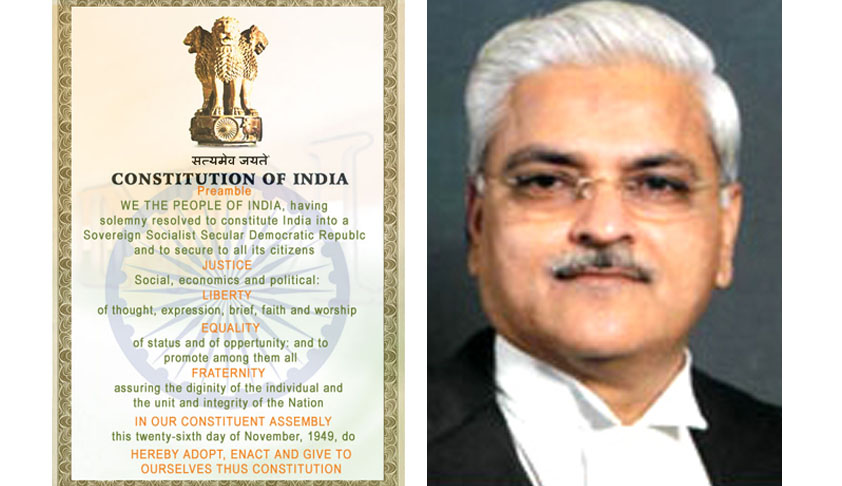 “Had I been the dictator of India, I would have introduced Gita and Mahabharata in class one” is the least expected statement from Justice Dave, a well meaning Judge in the Supreme Court of India. Justice Dave is considered to be very patient and the most courteous Judge, by all means a thorough gentleman and a good judge. But good qualities do not always absolve him from his poor idea of the society and secular India.

As stated in the preamble of Indian Constitution, ie ‘we the People of India, having solemnly resolved to constitute India into a Sovereign Socialist Secular Democratic Republic’ Justice Dave ought not have proclaimed about his non-secular idea of society and aired  two poor solutions to the problems of this country, ie ‘Guru Shishya parampara’ and teaching of Bhagwad Gita and Mahabharata in class one. The Judge may not have thought about the implications of his statement and by his own measurement he must be a secular citizen, as no Judge in this Country can afford to be non- secular,  thereby anti- constitutionalist.

Justice Dave should be respected for his open views, but the statement has revealed him badly.  I wanted to give benefit of doubt to the Judge and ignore the whole controversy by treating it as a sentence taken out of the context, but sadly it is not so. The controversial sentence widely quoted is "Somebody who is very secular... so called secular will not agree... Had I been the dictator of India, I would have introduced Gita and Mahabharata in class one. That is the way you learn how to live life. I am sorry If somebody says I am secular or I am not secular. But if there is something good, we have to get it from anywhere." And "Our old tradition such as `Guru Shishya parampara' is lost, if it had been there, we would not have had all these problems (violence and terrorism) in our country,". The statement presupposes that our tradition is Hindu tradition and there is one religion and its religious texts. Imagine a situation where a judge of the Supreme Court belongs to Islam makes a statement that if he becomes a dictator he will introduce ‘Quran’ in class one and another Judge who belongs to Christianity makes a similar statement that he will compulsorily introduce ‘Bible’. It is a fact that all these texts teach us many good things in life, but they remain as religious texts. Surly, such the statements would be music to ears to the fundamentalists but anti thesis to the secular fabric of this country. Again, the wishes of the Judge to be a ‘Dictator’ questions the very idea of democracy.

I have utmost respect to Justice Dave as a Judge and I value his Minority view in NEET Judgement than the majority view of former Chief Justice Altamas Kabir, this article is not meant to belittle one of the finest judges of the Supreme Court.