The Beggary Judgment: Undoing The Injustice 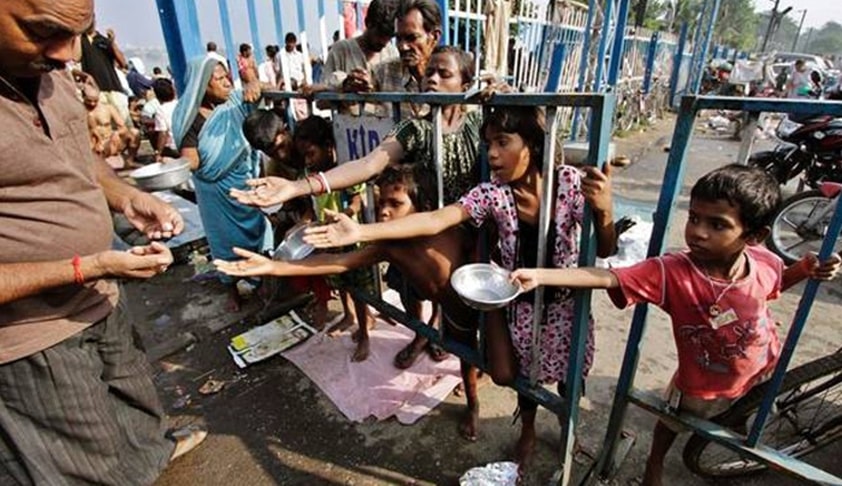 The recent Delhi High Court, in its judgment of Harsh Mander v. Union of India and Karnika Sawhney v. Union of India recently declared provisions of the law that approves action against beggars as “unconstitutional”. This historical judgment has removed around 25 Sections of the Bombay Prevention of Begging Act, 1959, which criminalizes any form of begging. The Hon’ble judges have...

The recent Delhi High Court, in its judgment of Harsh Mander v. Union of India and Karnika Sawhney v. Union of India recently declared provisions of the law that approves action against beggars as “unconstitutional”. This historical judgment has removed around 25 Sections of the Bombay Prevention of Begging Act, 1959, which criminalizes any form of begging. The Hon’ble judges have very clearly pointed out that begging is not any form of a disease and this mindset has led to stigmatisation and ultimately towards criminalisation in the society. However, the fundamental loophole here is the failure of the state to protect its own citizens who could not provide them with any form of social security. The court brings into notice the fact that criminalising begging is nothing but a direct attack on the fundamental right of the poorest of the lot in their process to somehow access basic necessities like food and shelter.

To understand it more carefully, this judgment can be analyzed on four fronts—sociological, criminological, constitutional and human rights. This court has very valiantly for the first time accepted that poverty in India is not just a social issue, but it is erroneously even considered a ‘crime’. Begging as an offence is nothing but another toxic leftover of the colonial regime. This attempt of the Britishers for whatsoever motive got reflected in the Bombay Prevention of Begging Act, 1959 and this law till date has been adopted by as many as 22 states, including the Union Territory of Delhi. This legislation fails to provide for proper rehabilitation, takes a very obsolete approach based on punitive measures and also violates the rights of children. Under this Act, any person who has no means available to live a decent life with bare minimum necessities is referred to as a beggar and also includes anyone who solicits alms in a public place. Despite this sorry state of affairs, the law rather than rehabilitating the destitute provides for criminalising these poor, including little children and also those suffering from mental ailments. On the other hand, going by the statistics of the 2011 Census, more than 4 lakh people are homeless in India and according to the Act, by virtue of being poor they are criminals. The traditional Indian society was much more tolerant towards people who begged for a living and it was only around the 1920s that begging was for the first time declared a crime and continued being so.

Secondly, the study of criminology brings forth two basic elements of crime, one which is Actus Reus i.e., the act and the other is Mens Rea i.e., the guilty mind. If begging is to be classified as a crime, then ‘to beg’ is the act but there is a clear absence of the guilty mind and as the court rightly points out poverty or to beg is no one’s personal choice. Hence, this theory proves that it cannot be called a crime and, thus, consequently there cannot be any punishment for the same. But, every now and then we hear about anecdotes where homeless people have been arrested as an administrative culture to beautify the city and more so to hide their own failures. The most recent example is of 2010 when the Commonwealth Games were about to take place and under the anti-begging laws, a number of beggars in Delhi were thrown into the jail.

Thirdly, according to an in-depth study, beggars can broadly be categorised into four categories: those who do not wish to work, those unable to work due to substance addiction, those who may be at the mercy of a begging gang, and lastly, those who may be destitute and starving. These four categories are very broad and each one of them has to be studied very carefully before clubbing them under a single umbrella and punishing them alike. The anti-beggary laws, for instance, criminalises certain professions practiced by certain tribal communities to give up their nomadic way of life. It goes on to punish even the traditional street performers, force them to live a life which is completely alien to them and ultimately pushes them to destitution. This practice undoubtedly is a clear violation of the right to equality under Article 14 and the right to freedom of profession available under the Constitution of India. Moreover, under Article 21 of the Constitution of India, detaining the homeless for indefinite periods is a violation of the Fundamental Right to Life. The Hon’ble Court has also supported the same and is of the view that detention is not the right idea, but proper rehabilitation is the need of the hour.  Further, India being a party or signatory to many human rights treaties and conventions such as Universal Declaration of Human Rights (UDHR) and International Covenant on Civil and Political Rights (ICCPR), the provisions and the approach of the Act can be considered inconsistent.

This landmark judgment very categorically decriminalises begging and acts as an eye-opener for those states who have wronged the rights of its poor and destitute citizens not once, but twice. First, by failing to provide a dignified life to its own people and then secondly, adding more insult by detaining or arresting them indefinitely. Even though this Act should have been quashed a long time back, it is still a welcoming development for which the Indian judiciary should be applauded as they have again come to the rescue of the poor and the marginalised sections of the society and performed its constitutional mandate as ‘Guardians of the Constitution’. With this judgment, the Delhi High Court has set the ball rolling to reform and repeal similar legislation in different states of the country. Now, it is the responsibility of the legislature to show its responsiveness to protect and safeguard the rights of this vulnerable section.

Sukanya Singha is an Assistant Professor in the Faculty of Law, University of Delhi and Pranjal is a Civil Engineer and a Junior Research Fellow in Public Administration.