The Bhopal Disaster Criminal Case Against The Accused Is At A Glacial Pace, Laments Activist N.D. Jayaprakash 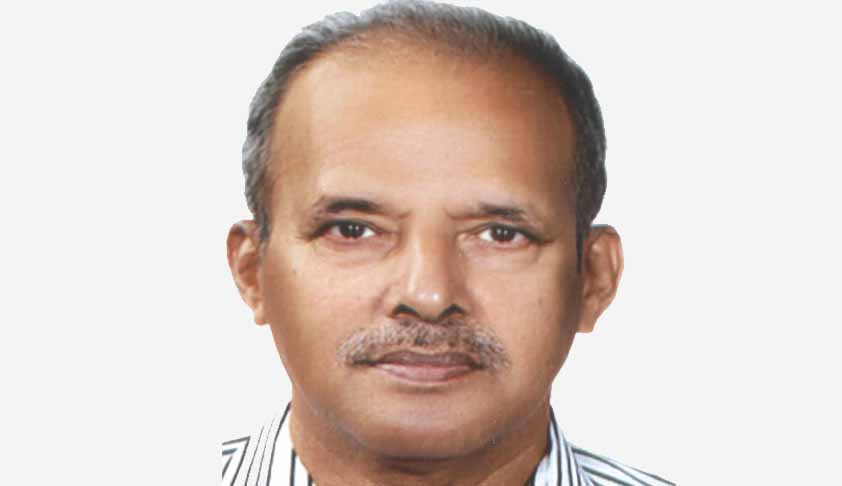 The anniversary of Bhopal gas disaster every year is an occasion to look back, and review what India has learnt so far and can learn even now, from the tragedy. This year is no different, with the passage of 32 years since the disaster. Many observers have described the legal struggle of the survivors as another catastrophe – whether it be the impunity of the Union Carbide Corporation,...

The anniversary of Bhopal gas disaster every year is an occasion to look back, and review what India has learnt so far and can learn even now, from the tragedy. This year is no different, with the passage of 32 years since the disaster. Many observers have described the legal struggle of the survivors as another catastrophe – whether it be the impunity of the Union Carbide Corporation, which owned the pesticide factory in Bhopal whose leak caused the disaster, and its inheritor, Dow Chemicals, or the survivors’ quest for reasonable compensation and justice in terms of proportionate punishment to the accused in the criminal case.

As the 32nd anniversary of the disaster is approaching on December 2, LiveLaw spoke to N.D.Jayaprakash, Joint Secretary, Delhi Science Forum and Co-Convener, Bhopal Gas Peedith Sangharsh Sahayog Samiti, [Coalition for Supporting the Cause of the Bhopal Gas Victims], to take stock of the various pending litigations in connection with the disaster. The BPSSS, works for the cause of the Bhopal gas victims since February 1989. A team from the DSF was among the first to visit Bhopal in December 1984, when the gas leak tragedy occurred, and to bring out a report pointing out the causes within 15 days of the disaster. And Jayaprakash himself has been closely following the various litigations in Bhopal and Delhi, with an admirable degree of commitment as an activist and as a concerned citizen.

Excerpts from the interview:

Q: As we approach the 32nd anniversary of the Bhopal gas disaster, please tell us the status of the criminal case against the accused in the Sessions Court.

However, even six years later, the appeal filed by the said Accused against the sentence is still being heard by the Sessions Court in Bhopal. It so happens that the District & Sessions Judge, the third judge who was hearing the matter, was elevated to the High Court in October 2016 and, therefore, the depositions made by five of the accused until then will be reheard by the new District & Sessions Judge, who assumed office in November 2016.

The matter is proceeding at such a slow pace before the Sessions Court, which is an indication of the farcical manner the criminal justice system in India operates against corporate criminals. The repeated appeals by the Bhopal Gas Peedith Mahila Udyog Sanghatahan (BGPMUS) and the Bhopal Gas Peedith Sangharsh Sahayog Samiti (BGPSSS) to the State Government to set up a Special Court to expedite the process have fallen on deaf years.

Q: And in the Supreme Court, the petition for enhancement of compensation to the victims and the survivors, is still pending, right? Please tell us about the status of this case also.

BGPMUS & BGPSSS have filed an interlocutory application in the matter questioning the UOI’s claim that only 5295 victims are dead due to the disaster and that 527,000 victims had suffered only minor injuries. Unfortunately, the five-member bench to hear the matter has not been constituted for the last six years. Therefore, it is unlikely that the bulk of the gas-victims would receive additional compensation during their lifetime.

Q: In Swasthya Adhikhar Manch v UOI, [W.P. (C) 33 of 2012] you filed an IA in the Supreme Court, seeking information about clinical trials in which Bhopal gas victims were used as guinea pigs. What is the status of this case?

A: Apart from a few preliminary hearings, the matter has not been heard for the last two years. The matter is scheduled to be listed before the Supreme Court on 28.11.2016. However, it is quite unlikely that the matter will be heard on that day.

Q: Both the BGPMUS and BGPSSS have been seeking adequate relief in relation to the inadequacies of the Bhopal Settlement of 14/15 February 1989. In SLP [c] 12893 of 2010 filed in the Supreme Court, you pleaded for enhancement of compensation at least by a factor of five. What is the outcome of this SLP?

Q: In W.P.[c] No.50 of 1998 in the Supreme Court, you pleaded for restarting of Bhopal-Gas related medical research, provision of better medical care facilities for gas victims, monitoring and documenting of their health status, and remediation of the contaminated environment in and around the factory at Bhopal which the SC had granted on 9 August 2012. What happened after this? Did the authorities comply with it?

A: After mindlessly abandoning Bhopal disaster-related medical research in 1994, the Government of India (GOI) unilaterally decided to restart the same through the Indian Council of Medical Research (ICMR) in June 2010. However, the GOI and the Government of Madhya Pradesh continue to prevaricate in complying with the directions of the Supreme Court dated 09.08.2012.

Even thirty-two years after the disaster, the GOI and the State Government have failed to computerize the medical records of the various hospitals and clinics, which were set up exclusively to treat gas-victims. Moreover, each gas-victim has not been provided a Health Booklet with his/her complete medical record. Barring one or two aliments, protocol for treating disaster-related ailments are yet to be evolved.

There is critical shortage of super-specialists to treat gas-victims primarily due to the failure of the GOI to declare the main hospital (the 350-bedded Bhopal Memorial Hospital & Research Centre – BMHRC) as a Central Government institution and to adopt necessary recruitment rules and service conditions accordingly.

In the absence of a mechanism to properly monitor the health status of gas-victims, in most cases only symptomatic treatment is being provided to gas-victims. The truth is that even 32 years after the disaster, on an average about 6000 gas-victims continue to seek medical treatment everyday in the various gas-relief hospitals and clinics for disaster-related ailments.

And according to the on-going six-monthly epidemiological survey, which has been going on uninterrupted for the last 32 years, the morbidity rate in the gas-affected areas of Bhopal continues to be well over 20 per cent as compared to under 10 per cent among the control population.

As far as remediation of the contaminated environment in and around the former pesticide plant is concerned, even a detailed study to estimate the magnitude and gravity of the problem is yet to be undertaken let alone any serious attempt to rectify the problem.