The Irony that is the Land Bill 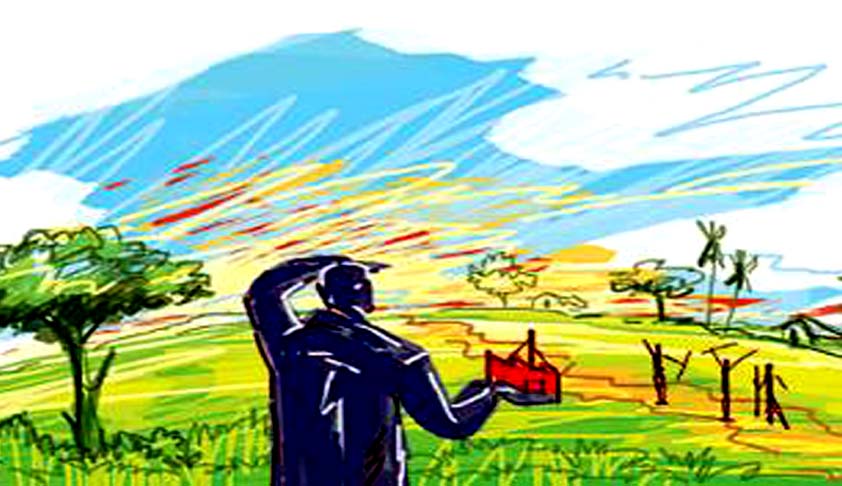 Since it was approved in 2013, The Right to Transparency and Fair Compensation in Land Acquisition Rehabilitation and Resettlement Act (LARR) has drawn a lot of flak from farmers, who claim that apart from fairly compensating land losers, the act had threatened their livelihood by exempting irrigation projects and most importantly, had allowed land acquisition by private entities. On the...

Since it was approved in 2013, The Right to Transparency and Fair Compensation in Land Acquisition Rehabilitation and Resettlement Act (LARR) has drawn a lot of flak from farmers, who claim that apart from fairly compensating land losers, the act had threatened their livelihood by exempting irrigation projects and most importantly, had allowed land acquisition by private entities. On the other hand, the act raised further questions regarding the lengthy acquisition process and the delay caused to developers in implementing new projects.

The recently passed,“ The Right to Transparency and Fair Compensation in Land Acquisition Rehabilitation and Resettlement (Amendment) Bill, 2015,” popularly known as the Land Bill, will positively accelerate the existing acquisition procedure. However, it has conveniently turned a blind eye towards the agricultural community, by doing away with two of the most important provisions under LARR- The need for obtaining consent before acquisition and the Social Impact Assessment (SIA). Dr Satnam Singh of the Zamhoori Kisan Union has stated that 70 to 80 per cent of the farmers fall in the bracket of small to medium farmers, with five acres or less.(The Tribune, Farmers flay land Bill, March 15, 2015). By allowing developers to obtain land for private projects without obtaining the consent of these 80 per cent, the government will jeopardize over a thousand livelihoods.

SIA on the other hand has proved to be an essential safeguard to farmers, giving them a upper hand in negotiating fair compensations while determining whether these projects served public interest. It further did away with discriminatory acquisition of land by government authorities. By excluding mandatory Social Impact Assessments, it is impossible to determine the persons affected by the negative consequences that arise from the inordinate dispossession of land. Government authorities would now be in a position to allocate excess land, increasing the threat of red tapism in the acquisition process. In the bargain, farmers will lose their negotiating power, ultimately negating the government’s promise to adequately compensate those who lose land.

What surprises is the fact that the new amendment heeds to the woes of these developers. While most of us would agree that the government’s decision to eliminate key provisions of LARR is a blatant violation of democratic principles, a look at the articulations by economists clearly shows that the BJP government weighs democracy against high market prices and running costs. Economists feel that LARR raised market prices, which in turn led to a sudden increase in acquisition costs. The bill largely aims at cutting down these costs by reducing all the expenditure that would arise if SIAs were to continue.

A look back at history clearly suggests that most land acquired by the government was not for private sector, but public sector projects. Private Sector Acquisition was highly limited, making way for the construction of dams and mines. When millions were displaced, the Congress justified such displacements by stating that Independent India needed to revive its economy in order to stabilize and compete with developed and developing nations. Thus, development projects made easy headways owing to the enormous political backing, while poor farmers received scandalously less compensation. The question back then was, whom are we developing for and at what cost?

A similar question has been raised in modern politics. Why would a country, which boasts of being the world’s largest democracy, undemocratically snatch land from farmers and give it to private entities? What “purpose” does the government need to fulfill by allocating unrestricted portions of land to private entities? While the government may sight “development” as a perfect answer to a political question like this, how does one come to believe that such development will be achieved by dispossessing the fabric of our economy, which ironically plays an instrumental part in our economic development? By doing away with the limits placed on the acquisition of agricultural or multi-crop land, how can the government hail this piece of legislation “pro-farmer” and “pro-agriculture,” when it robs them of financial and food security?

From the looks of it, the bill does not intend to create any positive improvements in the position of those losing land. Rather it creates an atmosphere of competition, where state governments are vying for bigger infrastructural projects and lucrative partnerships with profit making enterprises for private capital, leaving no room for resettlement or rehabilitation. While the bill continues to exempt acquisitions under sixteen legislations including the Special Economic Zones Act, 2005 and the Atomic Energy Act, 1962, without a clear framework for rehabilitation, compensation and resettlement, it is pertinent to remind the government of how in 2007, Special Economic Zones along with urban development authorities simply auctioned lands to private developers. Such flagrant brokerage of land is highly exploitative and unjust. for which our government is accountable.

The bill thus threatens the current position of 90 million agricultural households, with less than a hectare of land, who earn their incomes solely through farming. Moreover, it has it has paved way for land injustice. While the current government believes that this piece of legislation would uplift million from the shackles of poverty, the proposed amendments tell us a completely different story- that of a murdered democracy and untold misery.