The Money Bill Cloud Persists Over The Aadhaar Act 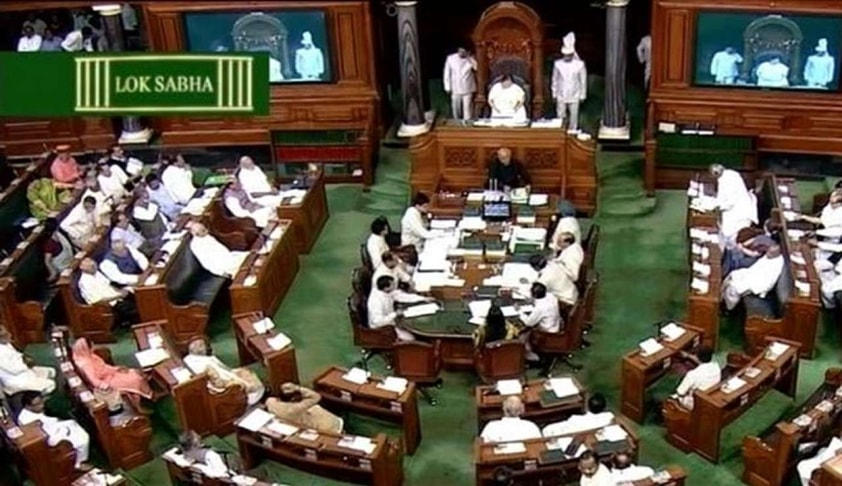 One of the most significant issues before the Supreme Court in the Aadhar case was with regard to the passing of the Aadhaar Act as a Money Bill. While it may seem technical, this determination involved the arterial health of bicameralism, federalism and national integration which flow into the heart of Indian democracy. First the basics, a Money Bill under Article 110 of the Constitution is...

One of the most significant issues before the Supreme Court in the Aadhar case was with regard to the passing of the Aadhaar Act as a Money Bill. While it may seem technical, this determination involved the arterial health of bicameralism, federalism and national integration which flow into the heart of Indian democracy.

First the basics, a Money Bill under Article 110 of the Constitution is one which deals only with items referred to in Article 110(1) and has to be so certified by the Speaker of the Lok Sabha under Article 110(3). As a consequence of this certification, the role of the Rajya Sabha is ousted completely and no amendments can be made to the bill that is passed by the Lok Sabha.

This is a departure from the general constitutional scheme by which the Rajya Sabha is a co-equal house of Parliament—carved out to ensure that urgent financial business is conducted in a timely manner. Quite simply, government does not shut down due to a failure to pay its bills or meet expenses as a legislation is held back by the Rajya Sabha.

Standing up for principle

As such a Money Bill is a special kind of bill in our bicameral system. Since Article 110(3) provides that the certification by the Speaker is final, the question that arose was whether the same was subject to judicial review and if so, was the Aadhaar Act legitimately passed as a Money Bill. There was a third issue for determination as well that what would be the consequence of the Aadhaar Act being improperly certified as a money bill. Whether, only a part or would the entire act fall.

In the judgment, all five judges agreed unanimously that the certification of a bill as a money bill was capable of judicial review. The judgments of Justice Chandrachud and Justice Bhushan go on to hold that two earlier judgments to the contrary—Siddiqui and Jaiswal cases—are bad in law. The majority judgment makes reference to the submissions of the Petitioners and accords primacy to judicial review but doing so, overrules them by implication. This is a tremendous victory not only for judicial review, parliamentary propriety but for the rule of law and constitutional governance as a whole.

Further, the Court persuasively holds that the well-founded basis for a bar to judicial review of the decisions of the speaker are restricted to matters of procedure. Hence, while the Court should may not meddle in the workings of legislature and the decisions of the speaker, it can still look behind this cloak in matters of, “substantial illegality”. This reading of the law flows from Constitutional history, case law as it has evolved and has the happy benefit of being good for democracy. All the judgments record the importance given to the Rajya Sabha in the constitutional scheme.

A failure in application

After the court establishes the permissibility of judicial review, the unanimity of opinion splinters on the application of Article 110(1) to the Aadhaar Act. The majority and Justice Bhushan are of the view that Section 7 of the Aadhaar Act, which provides for the use of the scheme for benefits and subsidies by the Government, as its main objectives which falls within the parameters of the classes that can be legislated as a Money Bill. While the majority seems to indicate a rule of, “strict construction”, it seems to go awry in its application when recording the intent of enactment is the, “emancipation of the poor”. It somewhat unconvincingly holds that all other provisions of the Aadhaar Act have been held to be incidental to Section 7 and thus protected by Article 110 as a Money Bill.

Justice Chandrachud in his magisterial dissent differs and holds that the Act does not qualify as a Money Bill and is thus bad in its entirety. He forensically examines the provisions of the Aadhar Act, the chequered history of its enactment in Parliament and holds that items incidental to the main object cannot be widely interpreted to make redundant the word “only” in Article 110(1).  The dissent also remains vigilant that an elastic interpretation which can lead to a dangerous expansion thereby permitting the Speaker of the Lok Sabha to certify legislations and rob the Rajya Sabha of its power and status. It records that the Aadhaar Act creates a, “unique identity ... capable of being used for multiple purpose … expenses incurred from the consolidated fund of India is just one”. Then it rigorously lists out the provisions of the Act, which regularly use phrases permitting the use of Aadhaar for, “for any purpose” and “other purposes”.

In our view the dissent has the better argument on this point considering the words of Article 110(1) as applied to the Aadhar Act. First, the majority permits authentication by the State (but not by private parties) for any purpose established by law. Clearly, this is not “incidental” to the purpose of providing subsidies to the poor but is unconnected with it. Second, as the dissent interestingly points out, even section 7 that has been held to be the main section of the Aadhaar Act provides for the means to fulfil some conditions that may be prescribed for obtaining subsidies, it does not create any subsidy so as to bring it into the rubric of Article 110(1). This is in a similar vein to the judgment of Mangalore Beedi Works cited by the majority where the Court held that substitution of new coinage in the place of old coinage was not tantamount to introducing a new tax. Third, the majority judgment seems to have examined the enactment with a view to determine its pith or substance. This is odd as the language used in Article 110 is “only” and not “primarily”. If words mean what they say, the moment a matter not covered in Article 110(1) finds its place in an enactment, it is not a money bill by literal construction. A perusal of the constitutional history of money bills as laid down in the judgment itself reveals that a purposive interpretation of Article 110(1) leads to the same result as literal construction- the provisions of Article 110(1) are to be narrowly and carefully interpreted “to avoid destruction of constitutional government”. Finally, the legislative history of the Aadhaar Act as contained in the dissent makes it clear that it was passed as a money bill more for political expediency than an evaluation on merit.

While the majority judgment has declared that the Aadhaar Act has been validly passed as a money bill, the majority judgment does not clearly lay down standards for the interpretation of Article 110(1) and how future money bills are to be evaluated by the courts. The dissent of Justice Chandrachud is far more lucid and presents a clearer picture for future courts to consider.

Firstly, the provisions of Article 110(1) are to be interpreted strictly and narrowly. This is in keeping with the words used and is in conformity with constitutional history and the reason why a special procedure was enacted for money bills in the first place.

Secondly, the pith and substance test used to interpret legislative lists has no place in this analysis. Either the Act deals “only” with a money bill item or it does not. There can be no severability.

Thirdly, the “incidental” items mentioned in Article 110(1)(g) are literally that- incidental to the main provision. Too wide an interpretation of this clause would render the rest of the Article infructuous.

Fourthly, the provisions of each enactment must be carefully examined to see their true import and legislative history of the enactment may be taken recourse to in order to avoid any future “fraud on the Constitution”, as Justice Chandrachud has termed the Aadhar Act based on his lucid and forensic analysis of these factors and his concern for the health of our democratic institutions.

The Supreme Court on the question of the money bill in the Aadhaar case, succeeds and then fails. However, the dissent of Justice Chandrachud on this point is a clear beacon for the future and we hope that future benches are guided by this dissent which asserts as a foundational principle that, “The Constitution of India is not a mere parchment of paper.“

Rahul Narayan is an Advocate-On-Record (AOR) in the Supreme Court of India. Apar Gupta is a lawyer and the executive director of the Internet Freedom Foundation. Both of them worked in the Aadhaar case on a petition challenging the Aadhaar Act as a money bill.