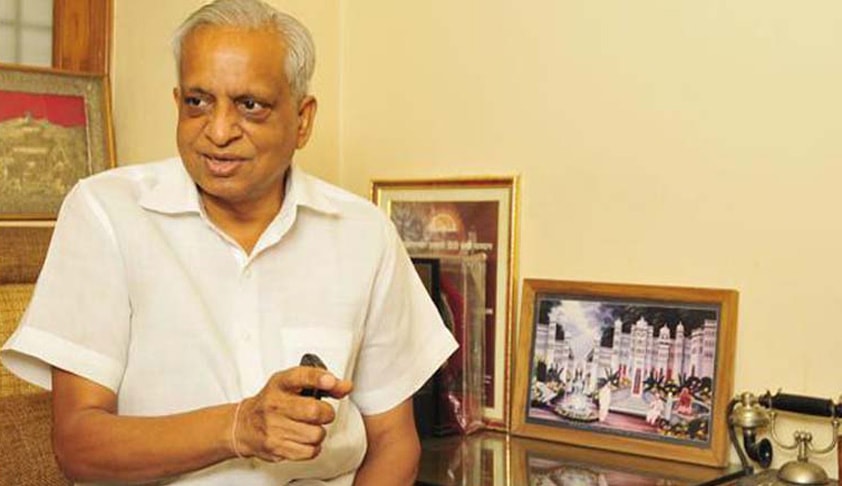 It refers to Times Now debate where former CJI RM Lodha now favoured making appointment-process of judges public. Big question is what RM Lodha did for constituting a larger bench as directed by a Division Bench of the Apex Court long five years ago on 26.11.2010 to its registry to decide stay-order dated 24.11.2009 in SLP(C) numbers 32855 & 32856 of 2009 on CIC-verdicts on several...

It refers to Times Now debate where former CJI RM Lodha now favoured making appointment-process of judges public. Big question is what RM Lodha did for constituting a larger bench as directed by a Division Bench of the Apex Court long five years ago on 26.11.2010 to its registry to decide stay-order dated 24.11.2009 in SLP(C) numbers 32855 & 32856 of 2009 on CIC-verdicts on several aspects also including making appointment-process in higher judiciary public. Now ever since bill on National Judicial Accountability Commission (NJAC) has been struck down by Supreme Court, even members with judicial background have accepted need of making process of judicial appointments. Other aspects under stay include correspondence with Chief Justice of India, In-House procedure etc. It is significant that similar matters were earlier also in open discussion on non-appointment of Gopal Subramaniam as Supreme Court judge and former Supreme Court judge Markendey Katju exposing politicians in interfering in appointment of judges of higher courts. Subsequently a Division Bench of Supreme Court even ordered to make ‘In-House’ procedure at Supreme Court public. RTI response following a CIC-verdict reveals that successive Chief Justices of India deferred constituting a larger bench with comments like ‘Put it later’, ‘Put it after vacations’.

Senior advocate Rajiv Dhawan in the judiciary-legislature debate alleged legislature to be influenced by touts as if no such touts exist on the other side. However he was right that prominence of legislature in panel to select two eminent persons for NJAC will induce dangerous aspect of quota. He was also blunt to expose some earlier Union Law Ministers misusing their authority to select judges in earlier era. Unfortunately debate was confined only between advocates for judicial system and legislative side with members of public suffered at times by both these wings being mute spectators. RTI responses reveal that a former CJI having not considered to chair NHRC had opined ‘Neither Supreme Court nor Chief Justice of India is the appointing or disciplinary authority in respect of judges of superior courts, including judges of High Courts”. Is this statement valid in presence of collegiums system of appointing judges and ‘In-House procedure’ to probe judges?

Since it is very difficult to legislate another constitutional bill on appointment of judges, Supreme Court having admitted fault in current system should come out with concrete proposals to refine the system which may be acceptable to government, legal community and above all members of public at large. One way can be to constitute a permanent National Judicial Commission (NJC) with retired Supreme Court judges as member-nominees of Prime Minister, Opposition Leader, Chief Justice of India and Bar Council of India with Chief Vigilance Commissioner as member-secretary of the Commission. This Commission may be the sole authority for deciding transfer and appointment of judges at higher courts. Such a Commission will thus have a judicially-refined say of legislature in appointment of judges. Moreover sitting judges will not have to be over-burdened in looking into complaints against judges which otherwise also adversely affects their judicial task. Enquiry-commissions set up by political rulers even though headed by retired judges are usually an eye-wash with panels usually giving findings in tune with requirement of political rulers having appointed them like happened in two different enquiry-panels one each by Gujarat government and Union Railway Ministry on Godhra incident with both panels giving contrast reports. National Judicial Commission should be the only authority to suggest names of retired judges in all judicial panels/commissions appointed by the centre and/or states. Either same or another Commission on similar lines should be formed for looking into complaints against judges of higher courts with power to order punishment and/or removal of guilty-found judges.

There should be a ban of two years in post-retirement postings of retiring judges. Even chairpersons of Human Rights Commissions at national and state level should be selected from amongst retired judges of Supreme Court by National Judicial Commission, after two years of their retirement. Retirement-age of High Court judges should be 65 years to be at par with that of Supreme Court judges to effectively check lobbying by some High Court judges for elevation to Supreme Court. Chief Justice of India should be made for one year by rotation amongst senior-most judges with at least one year of tenure left to check contrast cases with Justice Kamal Narain Singh having been CJI for just 18 days (25.11.1991 to 12.12.1991) while Justice Yeshwant Vishnu Chandrachud having been CJI for more than seven years (22.02.1978 to 11.07.1985). All High Court judges should be compulsorily appointed from outside their home-states to avoid chances of locally-appointed judges being approached/influenced through former bar-colleagues and local relations/friends etc.