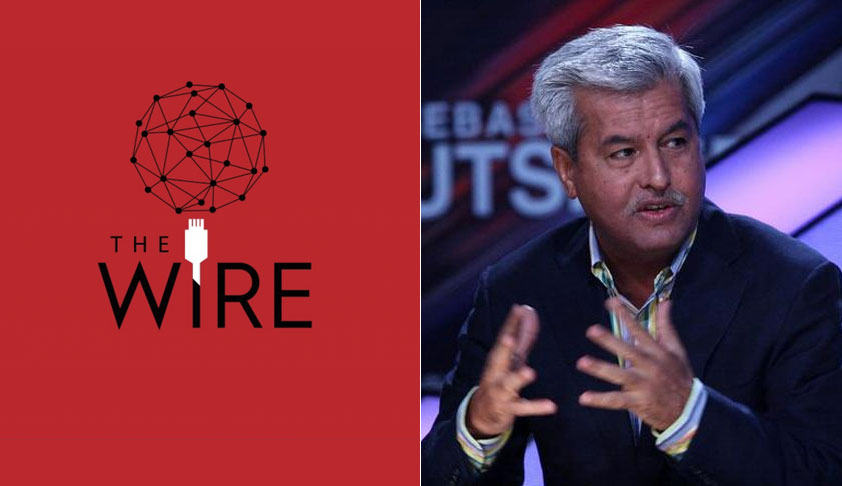 The Gujarat High Court, on Thursday, issued notice on the Appeals filed against the ex-parte injunction rendered by Additional Senior Civil Judge B.K. Dasondi of Ahmedabad rural court against the news website 'The Wire'.Civil Judge Dasondi had barred the news website from publishing any content “directly or indirectly” about Mr. Jay Shah, son of Bharatiya Janata Party National President...

The Gujarat High Court, on Thursday, issued notice on the Appeals filed against the ex-parte injunction rendered by Additional Senior Civil Judge B.K. Dasondi of Ahmedabad rural court against the news website 'The Wire'.

Civil Judge Dasondi had barred the news website from publishing any content “directly or indirectly” about Mr. Jay Shah, son of Bharatiya Janata Party National President Mr. Amit Shah, till the defamation suit filed against the website is disposed of.

Two separate Appeals have been filed before the High Court-- one by the author of the article Ms. Rohini Singh and  by  the Founding Editors Mr. Siddarth Varadarajan, Mr. Sidharth Bhatia and Mr. M.K. Venu, and the Foundation for Independent Journalism, the non-profit company that publishes 'The Wire'. The High Court has refused to stay the impugned order of the Civil Judge.

Senior Advocate Dushyant Dave, who appeared for 'The Wire' submitted that  the impugned order reflects "total non application of mind and absolute failure to adhere to well settled principles for grant of injunction".

The Appellants relied on Article 19, which guarantees freedom of speech and expression, to include freedom of press. They submitted that the impugned article is wholly factual and is based on official records obtained from the Registrar of Companies. They further highlighted the fact that the order did not attempt to assess the truth or justifiability of the publication. The article, they therefore contend, cannot amount to defamation and should instead be viewed as fair comment on verified facts.

The Appeals further contend that the impugned order "is completely anathema to legal jurisprudence" as it fails to mention the provisions under which it was granted and does not show any awareness of the article against which it was granted. They allege that the order does not reflect the principles established for grant of an ex parte injunction.

Furthermore, the Appeals submit that the impugned order does not discuss whether the allegations prima facie amounted to a crime and whether the balance of convenience rested in their favor.

Condemning the Trial Court's reasoning, the Appeals then aver, "These reasons are completely non-germane for the grant of an ex parte injunction, especially when Learned Judge has not even cared to discuss the merits of the case of the Plaintiff nor Plaintiff’s claim, if any on balance of convenience. The order of the Learned Judge therefore deserves to be set aside.

That the Impugned Order is mechanical in nature and  does not appear to have been passed on proper consideration of the pleadings, material and documentary evidence on record nor does it analyze the Article in question to reach the conclusion that the said indeed demanded an order of injunction, much less an ex parte injunction."

The impugned injunction was issued in respect of the article titled The Golden Touch of Jay Amit Shah published by The Wire on 8 October.  The article had claimed that the company owned by Mr. Shah saw a rise in its turnover after the BJP came to power in 2014.

Mr. Shah had alleged that the portal had published the article “in furtherance of their common intention to harm the reputation of the Complainant”. He had, in fact, called the article a “well-thought out, well-planned and well-executed conspiracy” and had contended that it is a “character assassination of the complainant without any verification, authenticity and/or even reasonable due diligence”.

Read The Copy Of Appeal Here