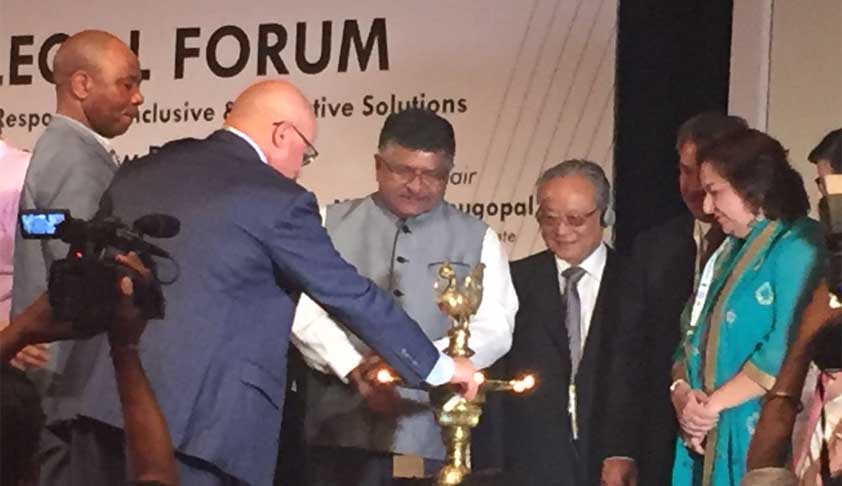 After signing two successful declarations in Brazil and Shanghai, the BRICS Legal Forum is all set to sign its third declaration in New Delhi.

Hosted by the Bar Association of India, the three-day third BRICS Legal Forum began at Indian Habitat Centre in the national capital on Saturday.

While all BRICS nations - Brazil, Russia, India, China and South Africa - have their own system and structure for international law and domestic dispute resolution, the forum intends on taking forward the idea of an arbitration forum for these countries.

Co-chairing the forum, Attorney General of India Mukul Rohatgi said, "The BRICS countries collectively constitute more than half of the population and economy of the world. In such a scenario, these nations should come together and form a common law and ease into common dispute resolution. This systematic synchronisation of law will be a helpful setup."

Themed on developing responsive, inclusive and collective solutions primarily through arbitration, the forum discussions over the next two days will focus on financial and legal cooperation between BRICS countries.

Appreciating and welcoming the endeavour to set up a cohesive cooperation mechanism, Union Minister of Law Ravi Shankar Prasad said, "Dispute resolution system has a slant of the old in the world which is going forward. However, now we are quite keen to have a robust arbitration system. An alternative and efficacious dispute redressal system is the need of the hour today."

Articulating on the impending liberalisation in the legal field, Lalit Bhasin of the Society of Indian Law Firms said: "The BRICS forum is like a family and, therefore, liberalisation of the legal forum of India can start with BRICS."