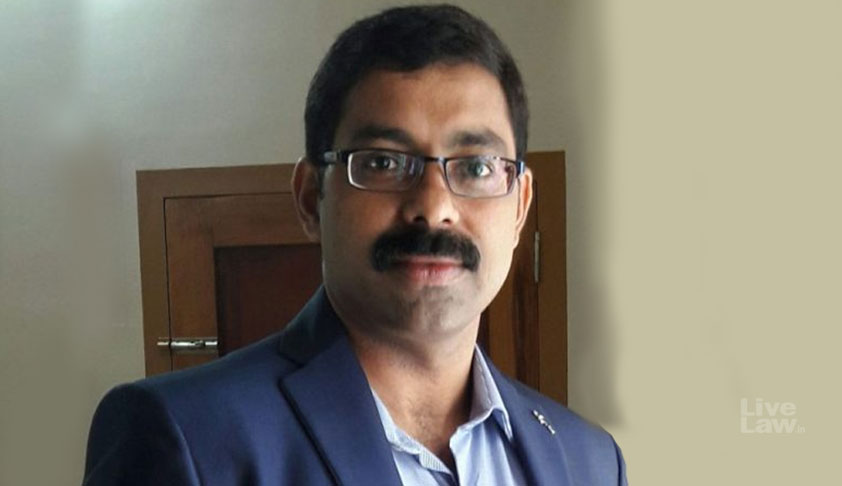 The story of a Kerala judicial officer's selfless service during flood crisis is inspiring and poignant. Jomon John, Judicial First Class Magistrate of Irinjalakuda, Thrissur District, had to suffer personal bereavements in the torrential rains which wreaked havoc all over the state. However,undaunted by personal tragedies,he dedicated himself to relief operations in Irinjalakuda, which had taken a bad hit during the Kerala floods.

Judge Jomon's home district, Idukki,was badly affected by numerous landslides. On August 15, the judge got a call that a massive landslide occurred near the residence of his cousin brother,Mathew,at Vellathooval, Idukki District. It was feared that Mathew and his wife Laissa were trapped beneath the debris.  The recurring landslides cut off transportation and mobile networks in the area, making it completely isolated from outer world.  On August 16, Judge Jomon got the shocking news that lifeless bodies of Mathew and Laissa were recovered from the landslide debris.

The news of their passing was devastating to him, as he was very close to them. Even his village, Panamkutty - about ten kilometers away from Vellathooval- was affected by landslides. Though deeply moved by grief, Jomon John was not in a position to visit his native place to pay last respects to Mathew and Laissa, as all means of transportation were cut off.  Also, his mother was stranded at Panamkutty, without external contact.

At that time, his posting centre, Irinjalakkuda, was grappling with flood crisis, with the swelling of Chalakudy river. The deluge which mercilessly swept through the town claimed several lives and dislocated many people. More than 100 camps were set up in the taluk. On making a visit to a camp set up at Irinjalakuda Christ College, where thousands of persons were present, Jomon John realized that the state of affairs were not much in order.  Since revenue authorities were busy with rescue operations, the administration of camps could not be properly co-ordinated.

In a telephonic conversation with Live Law, Judge Jomon John said that circumstances forced him to assume control over the relief camps.  He said that he informed Mr.Gopakumar, Addl.District Judge, Irinjalakdua, the Chairman of the Taluk Legal Services Authority, about the situation in camps. The Addl.District Judge offered him all support. In that backdrop, he decided to make a "strategic intervention" to ensure the well-being of persons in camps.

The immediate problem detected by him was the shortage of fuel supply, which hampered use of vehicles for rescue and relief operations. To resolve this, he invoked his judicial powers to order that retail outlets should supply fuel only to government vehicles meant for rescue and relief  and not to private persons. He also noticed that supply of cooking gas was limited in hundreds of camps in the area. At that juncture, he got an information that a warehouse at Aloor was filled with gas cylinders. He issued an order for distribution of all those cylinders at the camps.

To increase public participation, he formed a whatsapp group, which received humongous response. He told Live Law that aid was pouring in from all quarters. Popular Malayalam actor Tovino Thomas too came forward as a volunteer. A collection center for essential materials was set up at Christ College. From there, materials were distributed to various camps on the basis of need. The judge worked round the clock for more than three days to ensure that there was no shortage of supplies in camps.  Even though the revenue officials got free after the completion of rescue operations, they requested the judge to be in control, in view of his efficient administration of camps. Meanwhile, the funeral of Mathew and Laissa took place at Panamkutty on August 17, without Jomon's presence. His personal loss got subsumed in the larger loss caused by the calamity. During those days, he was also worried about the safety of his mother, who was stuck in Panamkutty. It was only two days ago that he could visit his native place to pay his homage to deceased near ones.

Jomon John said that it was a moment of realization for him that during crisis, people come together to help each other, rising above their differences. Disasters reveal the vulnerability of human beings; but they also reaffirm the goodness of human nature -  he said. Judge Jomon John's is a story of unflinching courage and dedication.