Some Thoughts on the Admissibility of Electronic Records in the Light of Anvar P.V.vs P.K. Basheer 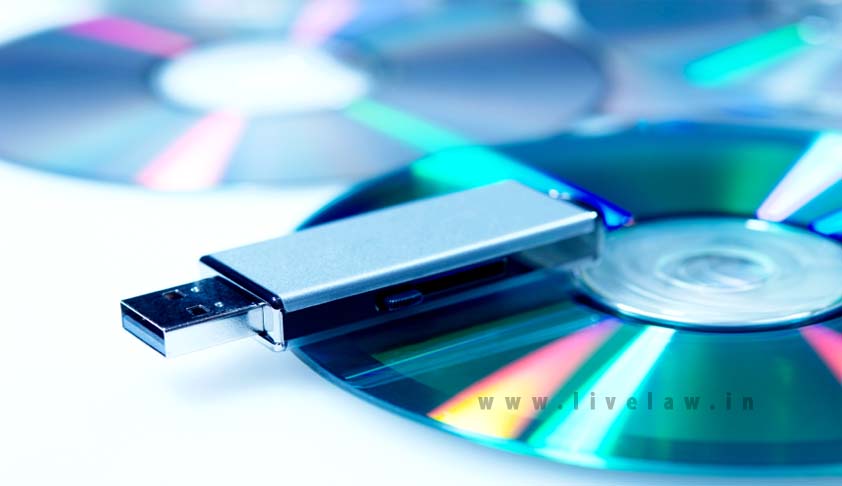 The Honourable Supreme Court in Anvar P.V. vs. P.K. Basheer overruled the part of the judgment held by that Court in State (NCT of Delhi) vs. Navjot Sandhu alias Afsan Guru, relating to the admissibility of electronic records. As we all know, the law governing the admissibility of secondary evidence of electronic records is governed by Section 65B of the Indian Evidence Act (the Act, for...

The Honourable Supreme Court in Anvar P.V. vs. P.K. Basheer overruled the part of the judgment held by that Court in State (NCT of Delhi) vs. Navjot Sandhu alias Afsan Guru, relating to the admissibility of electronic records. As we all know, the law governing the admissibility of secondary evidence of electronic records is governed by Section 65B of the Indian Evidence Act (the Act, for short) in general, and as to the Banking documents, Section 2(8) of the Banker’s Books Evidence Act, in particular.

The electronic records involved in Anvar’s case were some Video CDs containing the election propaganda announcements, interviews, and public meetings alleged to have been made by the respondent’s side, which were originally recorded in mobile phones and movie cameras, and the same were transferred to computers, and by using the said computers as devises for data transferring, the CDs were produced. The CDs so produced were marked before the court as evidence, without being produced the originals. As Anvar P.V is silent about the fact concerning the exact nature of those electronic records involved therein, the judgment of the High Court of Kerala is relied upon here, wherein it is explained what are the data the alleged CDs contained.  As endorsed by the Court from the argument of the counsel for the petitioner, it is clear that “the evidence is that the witnesses recorded the speeches, songs and announcements either in their cell phones or in the case of PW38 in a digital camera and what is produced is only the CDs and when the primary evidence  is the original recorded in camera, cell phone or the respective computers in which they were transferred and then  made the CDs and as the primary evidence  is not produced” (Para 67 of the judgment of the High Court).

While overruling the law declared in Afsan Guru, the Supreme Court said:

The Court further held that:-

“The Appellant admittedly has not produced any certificate in terms of Section 65B in respect of the CDs, Exhibits-P4, P8, P9, P10, P12, P13, P15, P20 and P22. Therefore, the same cannot be admitted in evidence. Thus, the whole case set up regarding the corrupt practice using songs, announcements and speeches fall to the ground.”

The above CDs are Electronic Records within the meaning of Section 2 (1) (t) of the Information Technology Act (the IT Act), as amended in 2008, which “means data, record or data generated, image or sound stored, received or sent in an electronic form or micro film or computer generated micro fiche”

(d) the information contained in the electronic record reproduces or is derived from such information fed into the computer in the ordinary course of the said activities.

In this situation some questions are inevitably arising. Should the CDs produced by a computer by transferring the data contained in a mobile phone or digital camera be certified, where the computer is not used regularly for the purpose of feeding or processing the data? If so, is every electronic data produced by the computer to be certified? From Section 65B (2) of the Act it is clear that all the conditions necessarily are to be available. Presence of some of the conditions is not enough. The conditions are of the nature that the computer in question should have been periodically used for storing or processing the information for the purpose of ay activities regularly carried by the person having the lawful control over that computer. Here regular processing of the information assumes importance. As the processing is carried out regularly, the instrument(hard discs, server etc.), in which the original document resides, would contain gigantic volume of data. In such situation the production of the original will not be practical. Here is the scope of producing the copy as secondary evidence, but with strict authenticity. Form this, what is clear is that the information, which is processed occasionally or for specific purpose is not covered in Section 65B of the Act. The word ‘derived’ used for the data/information produced in the output, in Section 65B (2) gives some more clarity, which hints that the original is otherwise rests in the computer only, since regularly fed into it. The word meaning of ‘derive ’is ‘to obtain or receive from a source, which denotes that, something is to take from the source where it resides. For instance the call data of the details of the phone calls, legally intercepted phone calls, accounts regularly fed/stored in computer etc. It may be possible to view the original on the computer monitor; but the production thereof might be difficult in some situations. E.g. If the original of a bank record may be residing in a server situated beyond India, the production thereof will be impossible. The purpose behind the Section 65B of the Act is to authorize the admissibility of such electronic records without being produced the original. Unless the way in which the authorizing certificate is issued by the person having the legal custody of the computer, the authenticity will not be proper. This is a statutory certificate. The documents merely copied from one medium to another medium and produced before the court as secondary evidence might be authorized in terms of general law, which ensures the accuracy of the data/document as if it were done in the mechanical process. In this case no statutory certificate is prescribed.

In Anvar’s case the difficulty was, though the originals might have been produced, the same were not produced. Here, the computer was used only for the purpose of making the CDs, to contain the information recorded in and transferred from either mobile phones or digital cameras. The original information was initially put in to either the cameras or phones during the recording time, and those devises may also be considered as computer, if its function is according to Section 2 (1) (i) of Information Technology Act. If that be the case, the certificate of 65B of the Act also should have been necessary for the outputs produced from the cameras and phones.

In Anvar’s case, even though the Supreme Court has mentioned that the electronic record  is to be supported by the certificate under Section 65B of the Act(when adduced as secondary evidence), to which the conditions laid down in Sub-section (2) thereof are applied, the overall reading of the decision is making an impression that all the electronic data are to be supported by such certificate when produced as secondary evidence, whether or not the computer output containing the information was produced by the computer during the period over which the computer was used regularly to store or process information for the purposes of any activities regularly carried on over that period by the person having lawful control over the use of the computer. In Anvar’s case, it is not mentioned, whether the computer in question was regularly used to store or process information or had used only for the purpose of copying the contents of the information captured in mobile phones and digital cameras. What is clear from the fact is that the computer in question was used only as a devise to transfer data from one medium to another. So the question is, was it necessary to have a certificate for the CDs produced in Anvar’s case for admitting those as secondary evidence?

Of course, therefore, the law declared in Afsan Guru was liable to be overruled being opposed to Section 65B of the Act(a special provision prevailing over general law), but the doubt is, should it have been done in Anvar’s case, for want of authenticity of the secondary evidence.

I am only expressing some doubts arisen on a repeated reading of Anvar’s case. The views of the experts are expected.