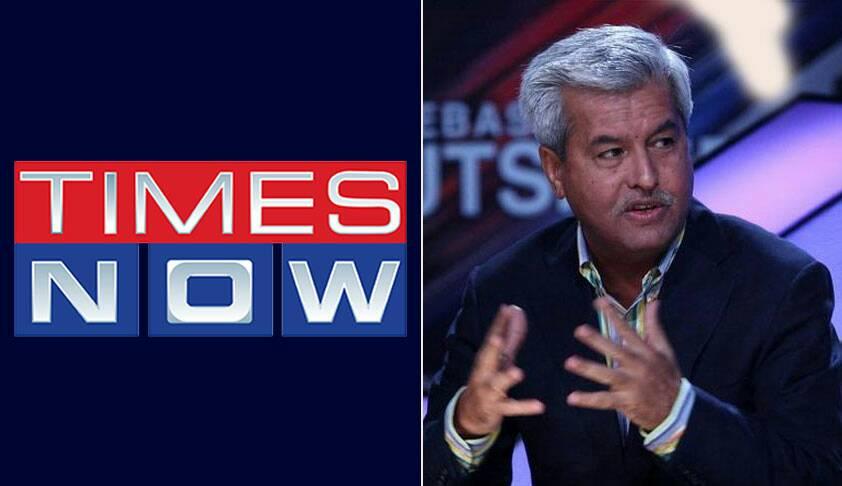 ‘Times Now’ has run a story with the caption #JudgeLoyaTwist,   alleging that the petitioner in the case in the Supreme Court, Tehseen Poonawalla, was ‘pressured’ by senior counsel Dushyant Dave to withdraw the case. This has been presented as a ‘sensational twist’ by the news channel. The story has been given a spin to suggest that there is a lobby at play behind the case...

‘Times Now’ has run a story with the caption #JudgeLoyaTwist,   alleging that the petitioner in the case in the Supreme Court, Tehseen Poonawalla, was ‘pressured’ by senior counsel Dushyant Dave to withdraw the case. This has been presented as a ‘sensational twist’ by the news channel. The story has been given a spin to suggest that there is a lobby at play behind the case seeking to achieve particular results. Judge Loya case assumes relevance because it is widely perceived that the grievance regarding the allocation of this matter was the trigger point for the open dissent made by four senior judges of the Supreme Court on Friday.

The so-called “twist” revealed by Times Now is a classic instance of making a mountain out of a molehill, by weaving a highly misleading story so as to confuse the public. Tehseen Poonawala is the petitioner in the writ petition filed in the Supreme Court seeking independent probe into death of CBI judge Loya. At the time of filing of the petition by Poonawala, there were two other similar petitions already pending in the Bombay High Court; one filed in the Nagpur Bench and the other filed by the Bombay Lawyers Association. When the Bombay High Court was already seized of the matter, the prudent course of action would have been to approach the Bombay High Court rather than rushing to the Supreme Court. Be that as it may, he approached the Supreme Court, probably because of his utmost desire to secure justice from the highest court of the country.  In the Times Now report, Poonawalla said senior counsel Dushyant Dave initially agreed to appear for him. But when Dushyant Dave got to know that the matter was listed before the bench headed by Justice Arun Mishra, he advised Poonawalla to withdraw the writ petition and approach the Bombay HC or to request before the CJI for a change of bench. But, Poonawalla did not agree stating that he did not want justice from any particular judge, but from the institution. On this, Dushyant Dave disagreed to appear for him. When the matter was called in the court, Poonawalla was represented by his Advocate-on-Record. But Dave, who was present in the court, intervened (after making it clear that he was not representing Poonawalla) and requested the bench to refrain from considering the matter as the Bombay HC was seized of the same. Dushyant Dave was supported by senior counsel Indira Jaising, who was representing Bombay Lawyers in the similar petition at Bombay HC. Anyway, the bench was not inclined to listen to them, primarily because the petitioner wanted the matter to be heard in the SC (Live Law report on the proceedings may be read here).

Times Now has interpreted the above developments to convey the idea that a lobby is at work to maneuver the Loya case in a particular manner to score political points. Anyone familiar with the legal profession and the workings of court will easily dismiss the Times Now story as puerile and hyperbolic.

When LiveLaw got in touch with Dushyant Dave for his response, he expressed his strong disagreement with the narratives given by Times Now and Poonawalla to the events. Dushyant Dave was apprehensive of the objectivity of presiding judge Justice Arun Mishra. Even in the past, Dushyant Dave has publicly maintained that in view of the personal relationship that Justice Arun Mishra has with some politicians, he must recuse himself from dealing with politically sensitive matters, and if he does not, then matters must be withdrawn to pursue the just cause before the appropriate court. Further, Dushyant Dave told LiveLaw that judge Loya’s death under mysterious circumstances is the biggest challenge to independent judiciary, and the matter deserves to be investigated by fiercely independent SIT headed by former chief justices of India, like Justice RM Lodha, to instill confidence and credibility in probe. According to him, the background facts are very murky, and he maintains that there have been well orchestrated moves at various stages to topple independent probe in the matter. Dushyant Dave said the filing of the present petition by Poonawalla after the Bombay High Court listed the Bombay Lawyers Association’s similar petition on January 23 was highly suspicious, and added that the attempt to brief him in the matter was a part of machination to lend credibility to the outcome of the matter.

Initially, he thought that Poonawalla was genuine with his interest in the cause, but later he got doubtful about the same, he said. Raising a question on the decision of Poonawalla to stick on with the matter despite being told about the adverse chances in the SC, he said it could be reasonably doubted that the petition was an attempt to scuttle the proceedings in the Bombay HC.

One fails to understand how this event can be portrayed as a “sensational twist” to the case. This is just an instance of a lawyer advising a party that it was not wise to press the case and that it was better to avail of alternate remedies. It is only the lawyer who can gauge the hunch of the bench. The client may not be in a position to understand and discern the mindset of the bench. So, Dushyant Dave, on the basis of his long standing experience, advised Poonawala that at the moment, the Supreme Court may not be the appropriate bench to deal with the issue. And therefore, he advised the withdrawal of the petition, because he apprehended that any adverse findings by the Supreme Court would prejudice the ongoing proceedings in the Bombay HC. Any client having interest in his case would have acted as per the advice.  It is also to be borne in mind that Poonawalla was not fighting his personal cause, but a public cause regarding the suspicious death of a judge during service. So it was incumbent upon Poonawalla to be doubly cautious and circumspect with his decisions, as any unwise move by him would prejudicially affect the public cause, which was being diligently pursued by other public spirited persons. In his anxiety to protect the cause, which is to ensure proper investigation of judge Loya's death, Dushyant Dave advised Poonawalla to withdraw the petition. Poonawalla may be within his rights to affirm his faith in the bench; but his decision may not be an informed and considered one, since he may not be able to properly discern the judicial undercurrents as Dushyant Dave.

Anyhow, the interpretation attempted to be given by Times Now to the event is wholly mischievous and misleading. Dushyant Dave’s suggestion to withdraw the matter from the SC to approach the Bombay High Court can only be regarded as in the best interests of the underlying cause, which is to unravel the mystery behind judge Loya’s death. Settled legal practice and conventional wisdom always favor exhausting the alternate remedies available before approaching the apex court directly. No lawyer worth his salt would describe the advice of Dushyant Dave as unprofessional. On the contrary, the conduct of Poonawalla in overruling the reservations expressed by the senior counsel chosen by him appears strange. The Times Now report is nothing but a lowly attempt to mislead the audience. The ‘sensational twist’, unfortunately, does not clinch anything worthy, except to create confusion and digression. Manu Sebastian is a lawyer practicing in Kerala High Court.

[The opinions expressed in this article are the personal opinions of the author. The facts and opinions appearing in the article do not reflect the views of LiveLaw and LiveLaw does not assume any responsibility or liability for the same]
TagsDushyan Dave Judge Loya Justice Arun Mishra Tehseen Poonawala Times Now
Next Story
Similar Posts
+ View more
Law Firms
+ More