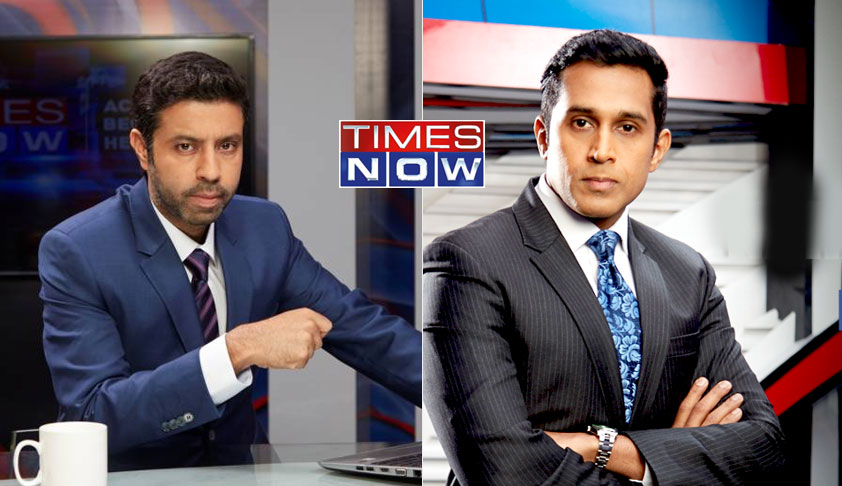 Editor-in-Chief of Times Now, Rahul Sivashankar and Senior Editor of the news channel, Anand Narasimhan (now with another channel) have approached the Kerala High Court, demanding quashing of proceedings pending against them before a Judicial Magistrate Court, Malappuram based on a Complaint filed by Ms. A.S. Sainaba, President, National Women’s Front (NWF).

At the heart of this complaint is a show titled “Hindu girls are hunted, converted, exploited in Kerala” that had aired in August last year, and had alleged that a “secret NIA report” had found Sainaba to be a “mentor” who persuaded Hindu girls to embrace Islam. Sainaba’s complaint alleges that the show wrongly accused her of playing a major role in converting women into Islam and providing them a hideout.

The petition filed by the duo now demands quashing of the proceedings against them, asserting that the Magistrate took cognizance of the complaint without prosecution sanction as mandated under Section 196 (1A) of the Code of Criminal Procedure.

It further alleges that Sainaba approached the court with unclean hands, as she was, at that time, being investigated in matters of religious conversions of two women, as alleged by their show.

Sainaba, in her defamation complaint, has alleged that the show was trying to connect her with “love-jihad”, a terminology which was being used “to degrade Muslims in the country.”

“The status, reputation and respect experienced by the complainant throughout her social life have been lowered and defamed due to the broadcasting of the news report mentored by the accused. A number of people from different walks of life expressed their dissatisfaction towards the complainant in the wake of transmitting the defamatory news report.”

The secret NIA report in question appeared to have been issued in the wake of the Hadiya case, which was decided by the Supreme Court in March this year. The NIA probe was ordered in August, 2017, under the supervision of retired Supreme Court Judge R.V. Raveendran. Sainaba had then been interrogated by the NIA for her alleged role in over ten cases of conversions.

It may be noted here that Sainaba was once Hadiya’s guardian after the girl allegedly left her home to study Islam and later, when she refused in the Kerala High Court to go with her parents. In fact, Hadiya’s father had made specific allegations against her in an Affidavit demanding his family’s security.

“Her conduct in insisting on housing a complete stranger like Akhila, supporting her financially and otherwise taking responsibility for her by inter alia, arranging her so-called marriage with the Petitioner, raises serious disquiet about her intentions. Describes herself as “guardian” of Akhila,” his affidavit had said.

Thereafter, in March this year, the Apex Court had set aside the impugned Kerala High Court judgment which had called Hadiya’s marriage to Shafin Jahan a “sham”. The Court had, however, allowed NIA to continue its investigation into any aspects of criminality involved, while clarifying that the validity of marriage between the two would not be a subject matter of investigation.