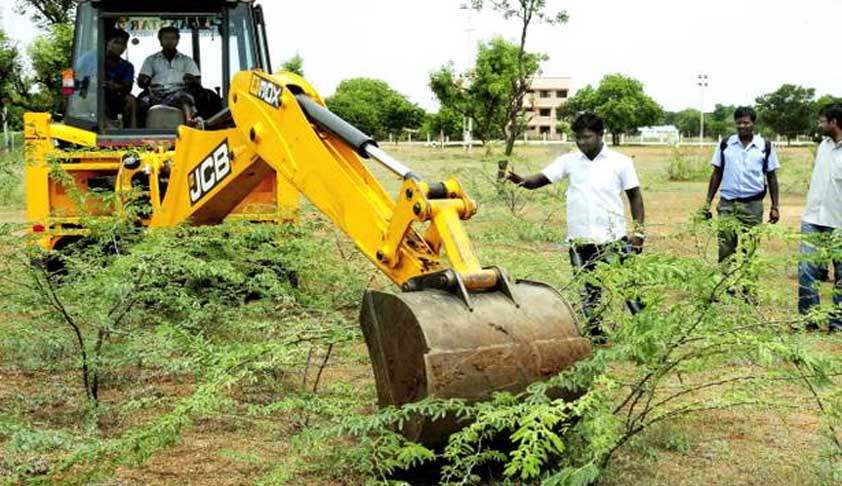 Ariyalur (Tamil Nadu) Principal District and Sessions judge AKA Rahmaan has allowed anticipatory bail to an accused in case involving offences U/s 294(b), 323, 324, 354-A, 506(ii) of IPC on the following conditions:

a) That the petitioner/accused shall be released on bail in the event of his arrest on his executing a bond for sum of Rs 10,000, along with two sureties each for the like sum to the satisfaction of the judicial magistrate, Jayankondam .

c) That the petitioner shall also enclose necessary photographs towards the removal of the trees. A copy of this order is directed to be sent to the tahsildar concerned and the village administrative officer for monitoring the process of removal of seemai karuvel trees as stated above. Any deviation of this order would be viewed seriously.

The petitioner/accused contended that he was no way connected with the crime and a false case has been foisted on him. The investigation in this case is completed. The injured person has been discharged from the hospital. Hence, he prayed for grant of advance bail.

The Sessions Court allowed the anticipatory bail, considering the facts that the injured person has been discharged from the hospital and the investigation is substantially completed.

“However considering the gravity of the offence and the need of care for the society and to protect the environment, and in obedience to the orders of Hon’ble High Court, this court is inclined to impose the conditions,” the order stated.

Recently Madurai Bench of the Madras High Court directed the government that it should work towards the complete eradication of the seemai karuvel trees.

The bench also directed the state government to bring an Act with Prohibitory and Penal clauses to eradicate seemai karuvelam (Prosopis Juliflora) trees within two months.

According to reports  Karuvelam tree absorbs more than four litres of water to obtain one kilogram of biomass. It cannot even shelter birds as it produces less oxygen and more carbon dioxide. If it does not have sufficient water it begins absorbing groundwater. And if there is no groundwater, it starts absorbing humidity from the surroundings. It can also turn the groundwater poisonous.