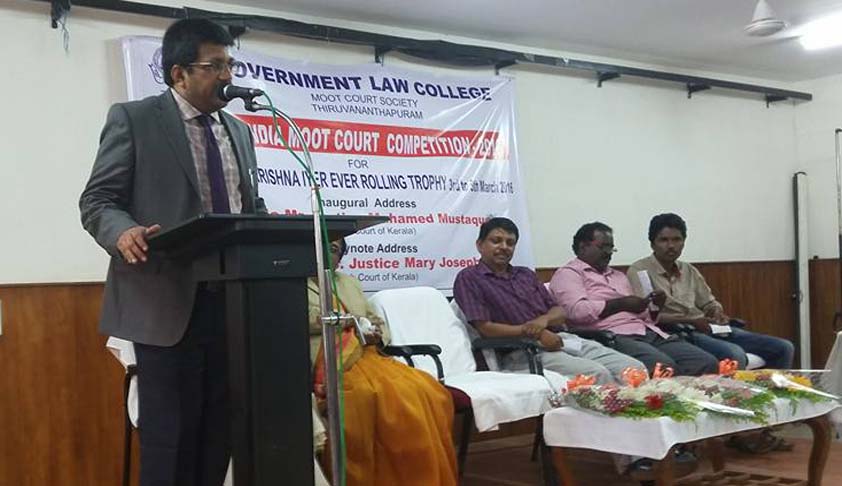 The School of Excellence, Tamil Nadu Dr Ambedkar Law University bagged the Justice V R Krishya Iyer trophy at the All India Moot Court Competition held in Thiruvananthapuram on March 4 and 5.The three-member team comprising Gopika Sasidharan, Sneha Pradeep and Nivedita Menon received a cash prize and trophies at the end of the two-day event.

The finals were adjudged by Justice Muhammed Mushtaq and Justice Mary Joseph of the Kerala High Court. The moot court problem was based on the right to conduct public meetings on the side of roads, which the political parties claimed as part of constitutional right of freedom of assembly and speech. The petitioners contended that there was no constitutional right to conduct public meetings on the side of the road, as those are intended only for the pedestrians and public. Another issue was, whether an open comment made by a judge, who was a party to the judgment, would amount to bias, so as to give cause of action to the aggrieved party to file a review petition. The other legal question was whether the conduct of ceremonies outside the temple is part of essential religious practices.