Why Tobacco is Res Extra Commercium? 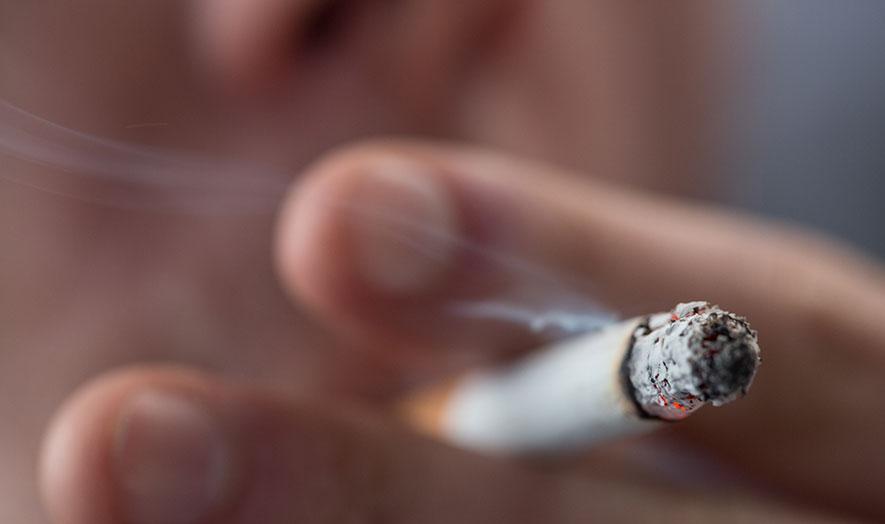 Scientist and experts across the globe have unequivocally proved that tobacco use kills half of its user in their lifetime if they do not stop using tobacco (according to government sources tobacco consumption kills more than 900,000 people every year in India). Study also suggests tobacco, which is laced with nicotine, is a highly addictive substance, even more than heroin or cocaine. Over...

Scientist and experts across the globe have unequivocally proved that tobacco use kills half of its user in their lifetime if they do not stop using tobacco (according to government sources tobacco consumption kills more than 900,000 people every year in India). Study also suggests tobacco, which is laced with nicotine, is a highly addictive substance, even more than heroin or cocaine. Over the counter, unrestricted sale of such products per se is an antithesis to the fundamental right to life guaranteed under Article 21 of the Constitution. Given the properties and the evidence against tobacco, sale of any tobacco product for human consumption inherently involves an unfair trade practice and hence goes against the ethos of consumer protection regime.  In spite of that, it has been an implausible task to limit the $11 billion tobacco industry’s right to trade. Though, Indian government for the first time requested the apex court to classify tobacco as res extra commercium i.e. things beyond commerce. The move is part of government’s effort to tame the tobacco companies challenging the governmental authority to regulate the industry in general public interest.

While enacting the Cigarettes and Other Tobacco Products (Prohibition of Advertisement and Regulation of Trade and Commerce, Production, Distribution and Supply) Act, 2003 (COTPA), the Parliament considered the resolutions of the 39th and 43rd World Health Assemblies that inter alia called Parties; “to protect children and young people from being addicted to the use of tobacco” and the Parliament also in all its wisdom acknowledged that, it is expedient to prohibit the consumption of cigarettes and other tobacco products which are injurious to health (emphasis added) with a view to accomplish improvement of public health in general as commanded by article 47 of the Constitution. It is sufficiently clear from COTPA that the legislators considered tobacco as “res extra commercium” as far as minors are concerned but also expressed their intent to prohibit tobacco consumption to improve public health to meet the obligation under Article 47 of the constitution.  It also casts a duty on the state to bring about the prohibition of the consumption except for medicinal purposes of intoxicating drinks and of drugs which are injurious to health.

In the late 1990s and early 2000s, several state governments had banned sale of gutkha and pan masala within their respective jurisdictions. Several of these orders were upheld by the respective High Courts, however, the Apex Court reversed the ban while considering appeals against the ban in Godawat Pan Masala Products I.P vs Union of India & Ors. (2004). The State of Goa, to overcome this difficulty, amended its Public Health Act and imposed a ban under the state law. Two years later, with the enactment of the Food Safety and Standards Act 2006 (FSSA) and the fresh regulations under FSSA prohibited use of tobacco and nicotine as an ingredient in food items. This resulted in the ban on the sale of guthka and pan masala containing tobacco and nicotine. The regulation imposes a ban on all tobacco products which may contain any trace of food products including any kind of tobacco flavored with food additives. The regulation and the resulting ban on gutkha and pan masala with tobacco were again challenged and once again came before the Apex Court’s consideration in Ankur Gutkha vs. Indian Asthma Care Society. The Apex Court, with the new FSSA Act and its regulations, upheld the ban and directed all states imposing the ban to file compliance report and issued notices against other states not implementing the ban on manufacturing and sale of Gutkha and Pan Masala with tobacco and/or nicotine.

The state of Assam, going a step further, enacted and implemented the Assam Health (Prohibition of Manufacturing, Advertisement, Trade, Storage, Distribution, Sale and Consumption of Zarda, Gutkha, Pan Masala, etc, containing Tobacco and Nicotine) Act, 2013, making the consumption and trade of all forms of smokeless tobacco illegal. However, this public health measure was injuncted by the Gauhati High Court. The matter is certainly going to reach the Apex Court which is already seized with several petitions relating to the rising burden of tobacco use and the need for its strict regulation. India’s tobacco labelling rules, which mandate 85% of a cigarette pack’s surface be covered in health warnings, have been another spearing point between the government and tobacco industries since its inception in 2016. In another blow to public health regime, he Karnataka High Court bizarrely struck down the Cigarettes and Other Tobacco Products (Packaging and Labelling) Amendment Rules, 2014 (COTPA) which came into effect from April 1, 2016, holding that they violated Constitutional norms.

Tobacco industry’s challenge to any regulation under COTPA is unsustainable for the simple reason that Constitution empowers State under Article 19(6) to impose even a complete restriction on freedom of trade as guaranteed under Article 19(1)(g) in public interest. And therefore, in view of the Apex Court’s order in Ankur Gutkha case and observation of the Allahabad High Court in M/s Khedal Lal & Sons vs. State of UP, the state action to impose restrictions and or prohibitions on tobacco, given its colossal public health burden, must be upheld. The Supreme Court is seized with this opportunity, in the upcoming matter on the implementation of pictorial health warnings on tobacco products, to close the matter for once and all in the larger interest of the health of present and future generations of this great country.