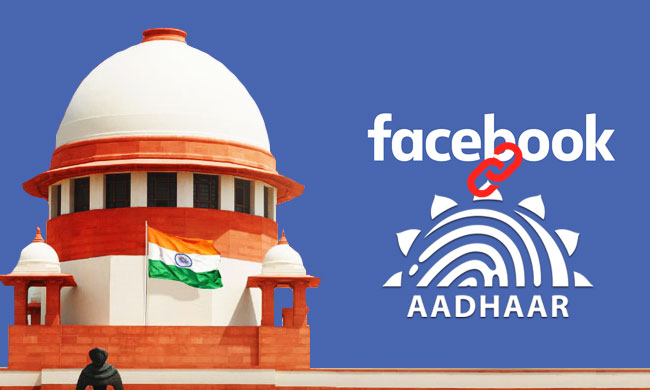 Linking of social media accounts with Aaadhar will help prevent the spread of fake news, pornography, anti-national content and cyber abuse, submitted Attorney General K K Venugopal in Supreme Court on Tuesday, while appearing for Tamil Nadu Government in Facebook's transfer petition.Facebook Inc has approached the SC seeking transfer of cases filed in the High Courts of Madras, Bombay and...

Facebook Inc has approached the SC seeking transfer of cases filed in the High Courts of Madras, Bombay and Madhya Pradesh for linking social media accounts with Aadhaar.

Opposing the transfer from Madras HC, Attorney General KK Venugopal, appearing for the TN government, said: "The linking of social media profiles of the users with the Aadhaar is needed to check fake news, defamatory articles, pornographic materials, anti-national and terror contents in the online media."

"Several hearings have taken place before Madras HC. The matter is to be concluded soon and the judgement is likely to come in a month. They ( Facebook) should not object to it.", the AG added.

He also cited the menace caused by Blue Whale game.

"Number of Indians have given their lives while meeting the challenges in the Blue Whale game. There is no mechanism to identify the originator. The Government of India has been struggling till today to address the issue.", he said.

Further, he argued that before the Madras HC, an IIT professor claimed how the originator can be identified.

"Knowing the originator of every single message particularly in the criminal cases, is essential for our survival," Venugopal added.

Facebook Inc's lawyer, Senior Advocate Mukul Rohatgi, submitted that the issue of such magnitude should be heard only by the Supreme Court and not by any High Court. When the Centre is examining the issue, the state government cannot take a decision that Facebook should be directed to share user data, submitted the former top law officer.

He pointed out that the Madras Police Commissioner has told the High Court that it was necessary to compel Facebook to share date to curb cyber crimes.

Rohatgi also mentioned that the case pertaining to Facebook-Whatsapp privacy policy is pending in the SC. Why the Tamil Nadu Government is adamant that the issue should be settled by Madras HC, Rohathi asked.

Senior Advocate Kapil Sibal, representing Whatsapp, submitted that "The end-to-end encryption in Whatsapp is the issue which the Centre is concerned about and looking into it. This is a policy issue of Govt of India."

After hearing the arguments from parties for more than an hour on Tuesday, the bench of Justices Deepak Gupta and Aniruddha Bose ordered notice to be served to parties through e-mails. The respondents, which include the Central Government, have two weeks to file reply.

Though Court did not grant stay on the proceedings in the Madras High Court , which is scheduled to hear the matter tomorrow, it restrained the HC from passing any final final order.

"We need to find a balance between the right to online privacy and the duty to detect people who spread panic and commit crimes online.", observed the bench during hearing.

"Transfer would serve the interests of justice by avoiding the possibility of conflicting decisions from the four common cases. Indeed, avoiding conflicting decisions is particularly necessary here to ensure that users are afforded equal privacy protections across India, and to prevent the infeasible situation where the Petitioner, which operates a uniform platform across India is ordered to link Aadhaar information for users only in certain Indian states but not others", stated the transfer petition.

Since the petition involves interpretation of central legislations such as Information Technology Act, 2000 and Aadhaar Act, 2016, it is ideal that the Supreme Court adjudicates the issue, the petition stated.

While hearing two such petitions, the Madras HC had expanded the scope of the case to consider the issue of online abuse and fake news being circulated through social media. The Court also sought to define the liabilities of intermediaries in cases of fake news and cyber abuse. Facebook, Twitter, Whatsapp and Google have submitted before the Court that it is not possible for them to monitor each and every personal content.

Senior Advocate Arvind P Datar, appearing for Whatsapp, informed the Madras HC that since the communications between users are end-to-end encrypted, Whatsapp cannot pass on the information to third parties. All that it can do is to share Basic Subscriber Information regarding the mobile number, email address, device etc. of the user.