"I Am Trying To Protect The Independence Of Judiciary": Advocate Utsav Bains Who Alleged Conspiracy To Frame CJI Tells SC [Courtroom Exchange] 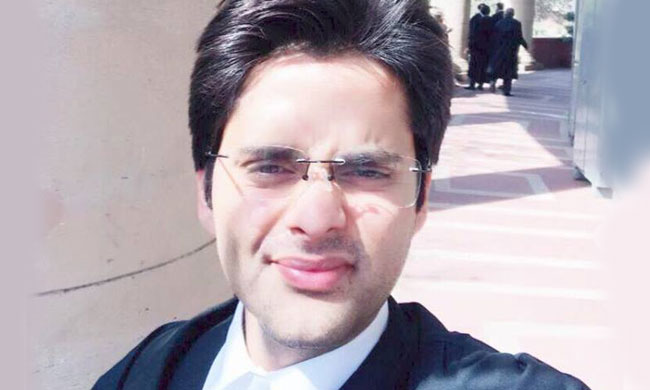 Pursuant to the Supreme Court's order, Advocate Utsav Bains submitted in a sealed cover the requisite evidentiary documents and a CCTV footage in only one copy- "these are material evidence which will reveal many things...the sealed cover can be opened once the judiciary is [unclear]...it is very [unclear] in nature...the CCTV footage is the real evidence of the conspiracy...the...

Pursuant to the Supreme Court's order, Advocate Utsav Bains submitted in a sealed cover the requisite evidentiary documents and a CCTV footage in only one copy- "these are material evidence which will reveal many things...the sealed cover can be opened once the judiciary is [unclear]...it is very [unclear] in nature...the CCTV footage is the real evidence of the conspiracy...the concerned corporate has in the past bribed and intimidated witnesses..."

After perusing the contents of the cover, the bench asked Attorney General K. K. Venugopal to call some responsible CBI officer today itself, preferably the Director.

Agreeing to it, the AG proceeded to draw the bench's attention to certain portions of Bains's affidavit to show what he described as a "significant departure".

Bains had made a Facebook post on this issue on April 20 at 6.50 PM, where he said that he will file an affidavit in SC with evidence of "conspiracy against the CJI by a lobby of disgruntled judges, SC fixers, corporate scamsters and a few corrupt Politicians - All who have meticulously planned the conspiracy to force the CJI to resign as their 'Corrupt works were not going through in SC".

Contrary to the claim made in the Facebook post, Bains's affidavit filed in SC has no mention of alleged lobby of disgruntled judged and corrupt politicians.

"I was stopped to go public by some senior well-wishers...I was told that the lobby of judges will turn against me and harm me...after today, I will not be appearing in any case before the CJI", read out the AG.

Displaying signs of interrupting during the AG's discourse, Bains finally had an outburst, "This is a very grave allegation. I am an officer of the court and I can respond. I didn't wish to go on this issue and hence, only filed a sealed cover...I am absolutely disappointed as a member of the bar which is divided into two groups of hyenas. Every group of hyena is leveling allegations. These claims could be made against me, you, them! My maid could say I raped her...I feel disgusted to be a lawyer! Coming from such a senior counsel (the AG), this is ridiculous! I am a third-generation lawyer but I want to leave this profession! I will give my resignation as a lawyer and will go into academics!...What is my interest in this? Why should I get into this? I am just trying to protect the independence of the judiciary!"

"Don't use these words. Whether there is an element of truth or not, it needs to investigated...investigation through SIT needs to be directed by Your Lordships...since it involves the administration of justice and the registry, it can't be left only to the SIT and hence, it must function under Your Lordships. The SIT would inspire the truth to come out...", interjected Solicitor General Tushar Mehta.

"Only judicial inquiry should be there...there are indications of a larger conspiracy and I will file another affidavit...sorry, I got emotional but the independence of the judiciary is under threat...in the past, we have seen how the CBI is used as a political tool...these sensitive evidences are to be collected only by local judicial officers...I didn't even go to the police because it is under the State and the State is under a political party and this issue concerns the independence of the judiciary...", countered Bains.

"Have you (Bains) been given police protection? It has to continue unless we order otherwise...he has to be protected from all sources, from everything (said Justice Mishra to the AG and the SG)...this is a very serious issue about the independence of the judiciary...[unclear] controlled by remote sources...", observed the bench

Agreeing on the point of security, the SG said, "I bow down! It will be done". He added that the issue is "disturbing", but it is important to "go into the root of the matter".

"There was the episode of Tapan Chakraborty and Manav Sharma...Action has been taken by the CJ for the first time in the history of the country...no other CJ could do such a thing before, not even a CJ of a High Court...if the CJ wants to clean the system, we are with him...he is taking action after action without any fear and it will reflect on the independence of the judiciary...if there is any collusion of the person, or disgruntled employees, it is a very serious issue...we are not telling anyone on earth as to what is in this affidavit because we don't want evidence to be destroyed...if it is true, it is a serious issue...we are not affecting the inquiry that has been settled...", reflected Justice Mishra.

At this point, Senior Counsel Indira Jaising sought to intervene, "I am concerned about the independence of the judiciary. I am with you on the free and fair inquiry. But there is more to be inquired!"

"Please don't speak. You don't know the contents of this (cover)...you should be more concerned about this affidavit right now more than any other thing!", the bench cut her across.

"We won't tell you its contents. We will seek your assistance when needed", continued Justice Mishra.

"I don't want to know! I am appearing in person! I have a stake in the independence of the judiciary!", pressed Ms. Jaising.

"We are on a more serious issue...", the bench refused to relent.

"Nothing is more serious or less serious when it comes to the independence of the judiciary!", she persisted.

"You are disturbing our process", repeated the bench, as the SG added that the court is only on the point of the affidavit as of now.

"If Your Lordships want an investigation, you should direct so", submitted the AG.

"We want the CBI Director to meet us. With the Commissioner of Police. We need need one more independent person", said Justice Mishra.

"Unless you want the President of the SCBA to also be associated in the investigation?", ventured the AG.

"No", said Justice Mishra. "Not for the time being", concurred Justice Rohinton Nariman.

"The Deputy Commissioner of Police? The Joint Director, CBI?", suggested the SG.

As the bench refused, the AG put forth officials of the IB, the NIA and the ED.

"Who is of more impeccable integrity?", asked the bench. Whispers of "Justice Lodha" echoed through the courtroom.

When Justice Deepak Gupta suggested the Chairman of the NHRC, the AG pointed out that he could not investigate.

As the bench stressed on Bains's security again, stating that it is their duty, the lawyer said, "The security is in your hands...just to file the affidavit, I took an auto at 4AM..."

As for the second affidavit that he wished to file, the bench required it to be handwritten- "Let it not be typed. Because the typist also may [unclear]...if you can type, then it's fine. Give three copies"

As the bench sought to rise, scheduled to meet the aforesaid officers at 12:30 PM to reconvene at 3 PM, the SG insisted that Bains, being a member of the bar, tender an apology for his earlier conduct.

"No, I won't apologies!", Bains stated vehemently, hinting that his FB post would be justified by the CCTV footage.

Concluding the hearing, Justice Mishra himself undertook to apologise on his behalf- "With full authority, we say 'sorry'", said the judge in good humour.