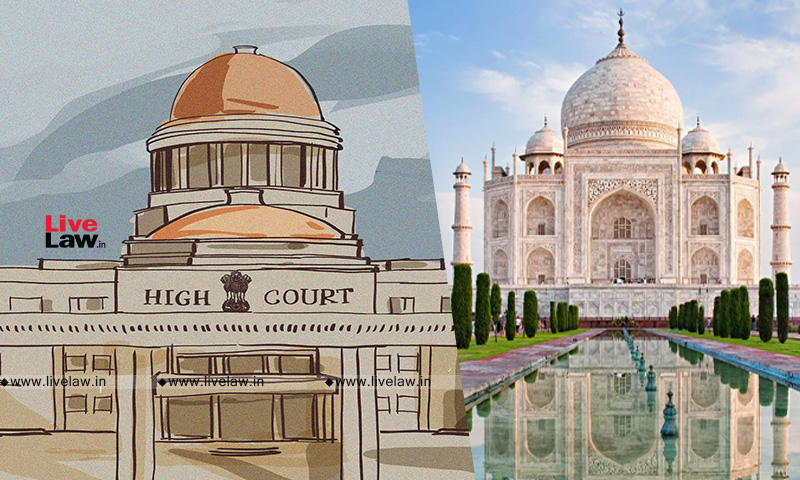 The Allahabad High Court on Thursday dismissed a petition seeking the constitution of a fact-finding committee to research on the "real history" behind Taj Mahal. Petitioner disputed that Taj Mahal was a Mughal structure.

The petitioner also sought a direction to the Archaeological Survey of India (ASI) to open the sealed doors of over 20 rooms inside the Taj Mahal premises so that the alleged controversy pertaining to the "history of Taj Mahal" can be put to rest.

A division bench of Justice DK Upadhyay and Justice Subhash Vidyarthi observed that the prayers are "non-justiciable" and that the matter should be left to the historian.

The bench told the counsel for the petitioner that the relief sought in the plea i.e. exploration of facts through a fact finding committee, does not fall under the ambit of Right to Information Act.

"We are not convinced with your prayers," the Bench orally told the petitioner's counsel.

To this, the counsel asked the Bench if he should approach the Court seeking a different prayer. The Bench however asked the counsel if the Ancient Monuments Act, 1951 makes any declaration that Taj Mahal was built by Mughals which was challenged by the petitioner.

Accordingly, the Court was of the view that the petitioner had called upon the Court to give a verdict on "completely a non justiciable issue."

"We are of the opinion that petitioner has called upon us to give a verdict on completely a non justiciable issue," the Bench said.

Thus, the Court observed that the first prayer, which related to constituting a fact finding committee to study real history of the monument, could not be adjudicated.

"The issues lie outside court and should be done by various methodology and should be left with the historians," the Court observed.

Therefore, while dismissing the plea the Court said:

"It is not for the Court to direct what subject needs to be researched or studied. We are not able to entertain such a petition."

During the previous course of hearing, the Bench had pulled up a petitioner who sought a direction to the Archaeological Survey of India (ASI) to open the sealed doors of over 20 rooms inside the Taj Mahal premises.

The petitioner Dr. Rajneesh Singh, who is the media in charge of the BJP's Ayodhya unit, claimed that false history about Taj Mahal was being taught and he wanted to do research by accessing the close rooms to find out the truth.

"Such debates are meant for drawing room, not for a court of law", said the Court.

The counsel for the petitioner submitted that a committee should be appointed by the court and a truth which the citizens of the country need to know about the Taj Mahal, must come out.

"I make it clear that my main concern is about the closed rooms and we all should know what's there behind those rooms", the petitioner submitted. "Please allow me to go to those rooms and do the research", he pleaded.

"Tomorrow you'll come and ask us to go to the chambers of Hon'ble judges of this court?", the bench questioned.

The bench further asked if it was for the Court to decide who built the historical monument. "You hold that the structure (Taj Mahal) was not made by Shah Jahan? Are we here to pronounce any verdict? Please don't take us to the historical facts which you believe", the bench said.

The bench also pointed out that his request was denied by authorities citing security reasons and he should challenge the orders if aggrieved.

While coming down heavily on the petitioner, the court asked him whether judges are possessed with such skills to determine such issues.

To which he said, that he has the right to know about the closed rooms and freedom to get information is being violated.

Further, the court questioned as to which right is being infringed and how right to information act you have the right to get information and you have various remedies under the act.

"Where is this right? To get a particular study conducted?", the bench asked.

While opposing the plea, the State of Uttar Pradesh raised a preliminary objection regarding the territorial jurisdiction of the matter and also informed the court that there's already a suit pending before Agra court on the issue.

The counsel of the petitioner further pleaded for some time, to cite certain judgements on right to information. To which the court declined and posted the matter at 2 PM after lunch..

"The petition filed by you been doing rounds in the media for days and now you're doing this? We'll not adjourn and hear after lunch", the bench said.

The writ petition was filed by Dr. Rajneesh Singh, who is the media in charge of the BJP's Ayodhya unit.

The petition seeks a direction to the government to constitute a fact-finding committee to study and publish the 'real History of Taj Mahal' and to put to rest the controversy surrounding it.

The plea, filed through advocate Rudra Vikram Singh further contended that Groups have claimed that the Taj Mahal is an old Shiva Temple which was known as 'Tejo Mahalaya' and that this is supported by many historians as well.

It was thus argued that due to these claims Hindus and Muslims have been fighting with each other and that being a secular country it is 'our collective responsibility to end all such controversies and disputes which lead to any clash between the people of two religions'.

Enumerating further upon the purported history of the Taj Mahal, the petitioner submitted,

"It is there in many History books that in 1212 AD, Raja Paramardi Dev had built Tejo Mahalaya temple palace (presently Taj Mahal). The temple was later inherited by Raja Maan Singh, the then Maharaja of Jaipur. After him, the property was held and managed by Raja Jai Singh but was annexed by Shah Jahan (in 1632) and later it was converted into memorial for the wife of ShahJahan."

The petitioner further averred that close to 22 rooms situated in the upper and lower portion of the four-storied building of Taj Mahal are permanently locked and that historians like PN Oak and many Hindu worshippers believe that in those rooms lie the temple of Shiva. In an RTI, questions were asked about the reason behind the locking those doors, and hidden Rooms and in the Reply by Archeological Survey of India, Agra it was said that due to security reasons those doors are locked, the plea stated further.

(Story contributed by a lawyer practising in UP, who prefers to be anonymous)