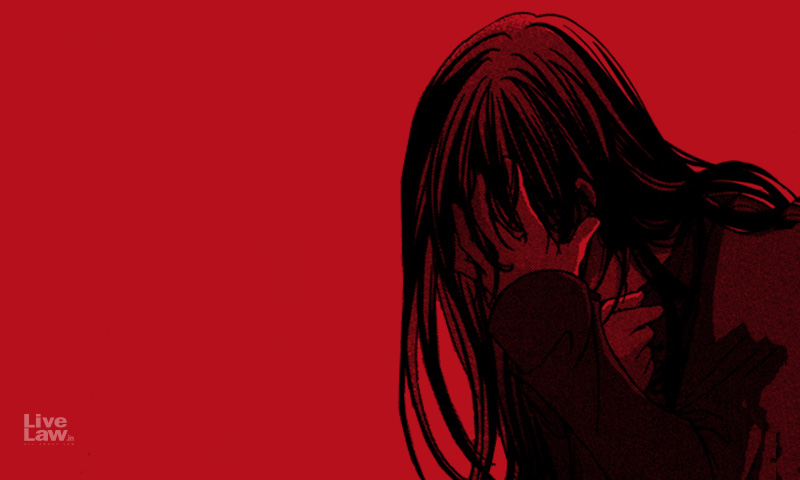 The Allahabad High Court last week held that only the local police or Special Juvenile Police Unit [SJPU] could serve notice on bail application for offences under the Protection of Children from Sexual Offences Act, 2012 [POCSO Act]. It also prescribed a timeline to execute the different statutory functions by the respective authorities.A bench of Justice Ajay Bhanot, alongside administered...

The Allahabad High Court last week held that only the local police or Special Juvenile Police Unit [SJPU] could serve notice on bail application for offences under the Protection of Children from Sexual Offences Act, 2012 [POCSO Act]. It also prescribed a timeline to execute the different statutory functions by the respective authorities.

A bench of Justice Ajay Bhanot, alongside administered a word of caution by stating that the failure to comply with the directions laid will be due to investigation, and the delinquent officials will proceed against it departmentally.

The Court enumerated a 9-point direction to ensure regular monitoring of the implementation of the directions in this judgment, including the creation of standard operating procedure, supervision of staff, preparation of a biannual report, etc.

The two-fold issues on the question of law before the High Court pertained to POCSO Act and Rules, 2020:

It was also to be considered by the Court that the above two issues be decided in a manner which is consistent with the POCSO Act read with Rules, 2020, protecting the rights of both victim and the accused, and define the time frame for placing the bail application after its maturation before the Court.

Serving Notice For Offences Under The POCSO Act, 2012:

Rule 4(13), 4(14), and (15) of the POCSO Rules cast responsibility upon the local police/SJPU to provide information about the status of investigations, developments, and schedule of court proceedings and bail applications, and other entitlements and services to the child. On a perusal of the said rules vis-a-cis the settled principles of statutory interpretation, the Court held,

The Court further observed that the local police/SJPU is intended to be the 'sole agency to serve notice under POCSO Rules, 2020 in the manner so prescribed. The Court noted that adherence to the statutory agency and mode of service would 'fructify child's rights in this enactment.' For Court notices it held,

"Notice to the victim by the Court is not contemplated under the POCSO Act, 2012 read with POCSO Rules, 2020. Without knowledge of and access to entitled information and services, the court notice is no avail to the child. Rights of the child will be undermined if court notice is deemed sufficient in such facts and circumstances."

The Court cited several reasons behind divulging the duty on the local police/SJPU instead of the Court extending to (a) protecting the identity of the child under Section 33 (7) of the POCSO Act; (b) the role of CWC obviates the need for the High Court to issue notices to the victim, and that (c) the practice of notice by the Court varies from Court to Court and introduces uncertainty in the period of maturation of the bail application and delays the hearing.

Discussing the child-rights jurisprudence in the backdrop, the Court held,

The Court also noted that Section 439(IA), requiring the presence of the informant at a bail hearing, does not have applicability on offences under the POCSO Act, 2012 and remains restricted to Sections 376(3), 376, 376AB, 376DA, 376DB of the Indian Penal Code. Therefore, an obligation is absent, but the person is certainly entitled to remain present at bail application in POCSO Act, 20212 offences.

"The Act (here Arbitration Act) is a self-contained code and exhaustive) a corollary would follow that it declares the whole of the law upon a particular subject or point and would carry with it a negative import that it shall not be permissible to do what is not mentioned in it and further than what is permissible thereunder will be done only in the manner indicated and no other."

Timeline And Procedure For Maturation of Bail Application:

The functions of the various authorities in the POCSO Act, 2012 requires the bail maturation process as a prerequisite. In the absence of requisite time and opportunity for discharge of functions, the implementation of the POCSO Act and Rules will curtail the child's rights. The statute remains silent on the time frame to perform these statutory duties, and thus the time for maturation of bail application remains undefined.

Thus the Court had directed the State Government to produce a viable time frame to accomplish the duties cast upon the various authorities by law. On a perusal of the timeline submitted in affidavit and concurrence by the counsels at the bar, the Court adopted the timeline for the performance of various statutory functions (see table below), with modified implementation by the trial courts as well.

"Clearly as in the case of SC-ST Act, 1989, the said notice period of two days previous notice to the Government Advocate is insufficient for maturation of a bail application under POCSO Act, 2012 read with POCSO Rules, 2020. This time period has to be enlarged to meet the requirements of the POCSO Act, 2012, read with POCSO Rules, 2020. The same was done in similar circumstances in a case pertaining to SC/ST Act, 1989."

Reasons For Enlargement Of The Two-Day Advance Notice

The Allahabad High Court(Amendment) Rules, 2018, has reduced the advance notice period in bail applications to two days. In this regard, the Court held that the 2018 amendments could not take cognizance of any factor in the legislative mandate of the POCSO Rules, 2020.

Even the affidavit of the Allahabad High Court admits that two days advance notice period is inadequate for the authorities to accomplish the aforesaid statutory duties.

"The POCSO Act, 2012 read with POCSO Rules, 2020 is special legislation. It is open to the High Court on the administrative side to consider the feasibility of creating specific rules for bail maturation/time period for advance notice upon the Government Advocate and other necessary parties for the said enactments, and regarding joinder of parties to the bail applications."

*Timeline And Procedure For Maturation of Bail Application:

2. Time period for CWC for creation of an assessment report and to identify person from amongst the parents/guardian/person in whom the child has trust or to nominate support person (if required) who is best suited to protect the best interests of child and receive bail notice on its behalf- Within 3 days from date of lodgement of the F.I.R.;

5. Time period for CWC and District Legal Services Authority for providing legal aid before the hearing of the bail application in the District Court. CWC shall also provide details of information and services entitled to the child under the POCSO Act, 2012 read with POCSO Rules, 2020- Within 5 days from date of receipt of notice of bail application by CWC;

6. Time period for CWC and High Court Legal Services Committee, DLSA for providing legal aid before hearing of the bail application in the High Court and District Court respectively- Within 5 days from date of receipt of notice of bail application by CWC;

7. Time period for child/child's parents/guardian/any other person in whom the child has trust and confidence/support person to engage counsel of choice for the hearing of the bail application before the High Court and the District Court- Within 5 days from date of service of notice of bail application by local police/SJPU upon the child;

9. Time period for CWC to submit a report before the High Court regarding the status of information and services including legal aid provided to the child- Report to be produced when bail application is first placed before the Court;

10. Time period for HCLSC and DLSA to inform the High Court and trial court respectively about the grant of legal aid to the victim and requisition in this regard by CWC- When the bail application is placed before the court;

11. Time for the Registry to place the bail application before the Court- On the 10th day after service of notice of bail application upon the office of the Government Advocate at the High Court;

12. In case the application is not filed in time for it to be placed before the High Court, in the above stipulated time, a further notice of two days shall be given to the Government Advocate as well as counsel for the victim.

Title: Junaid v. State of U.P. and Another