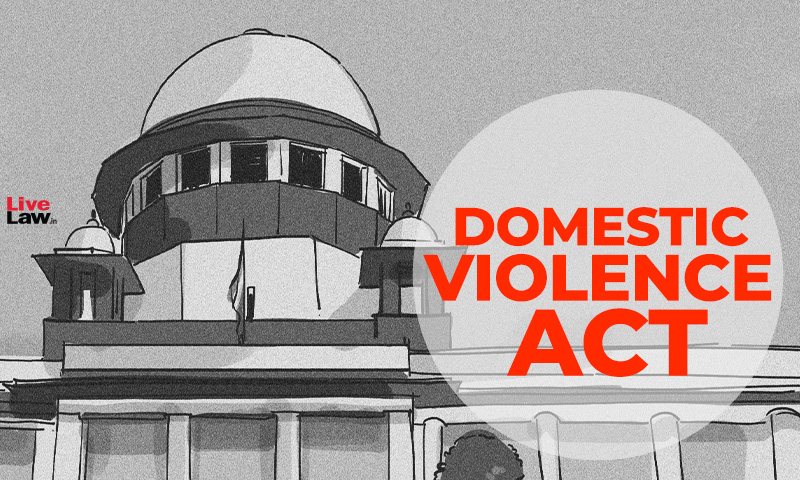 While hearing a plea with respect to appointment of Protection Officers (POs) under the Protection of Women from Domestic Violence Act 2005 across the country, the Supreme Court, on Monday, noted it is not sufficient to only appoint POs, but to also provide them with assistance. It observed that in this regard, National Legal Services Authority (NALSA) is taking steps to appoint...

While hearing a plea with respect to appointment of Protection Officers (POs) under the Protection of Women from Domestic Violence Act 2005 across the country, the Supreme Court, on Monday, noted it is not sufficient to only appoint POs, but to also provide them with assistance. It observed that in this regard, National Legal Services Authority (NALSA) is taking steps to appoint Protection Assistants in every district.

"The law obligates to have Protection Officers. But you need to have paraphernalia. Therefore, NALSA is taking steps that in every district there shall be a Protection Assistants so that the set up becomes stronger and cohesive…", the Court said.

A Bench comprising Justices UU Lalit, S Ravindra Bhat and PS Narasimha suggested that Anganwadi and ASHA workers can be inducted as Protection Assistants as they would be more approachable for the aggrieved women, especially in the rural areas.

The Bench was hearing a petition seeking implementation of the mandatory provisions of Chapter III, of the Protection of Women from Domestic Violence Act, 2005 ("DV Act") for appointment of Protection Officers and Service Providers and effective establishment of Shelter Providers, Shelter Homes for the aggrieved women. During a previous hearing, the Bench had criticized the practice in most States to deploy revenue officials as POs under the DV Act. The Bench observed that a specialized cadre should be there for the purposes of DV Act. The Bench had also observed that the Centre should allocate funds for the implementation of the DV Act.

Advocate, Ms. Shobha Gupta appearing on behalf of 'We the Women of India' organisation submitted that as per the affidavits submitted by the State Governments, 12 States have categorically responded that there should indeed be a cadre structure for POs, 18 have not responded. Only the State of Punjab had responded in the negative.

With respect to Delhi, she apprised the Bench that the Government had formulated recruitment rules after an order of the Delhi High Court with respect to appointment of POs. Though it is a positive development, Ms. Gupta stated that when she met the POs, serving in Delhi, she was informed that they don't get adequate structural assistance. She submitted -

"They said no paraphernalia, no attendant, no telephone. They have single handedly managed to have rooms in the concerned courts. They are doing it all alone. Every single one of them."

Moreover, she noted that assigning only one PO to every district might not be feasible. Justice Bhat asked her to provide data with respect to the number of daily filings, nature of orders issued by the DV Court to ascertain the workload of each Officer. On the basis of the same, it can be determined how many POs would be ideal or what kind of assistance would be required by the POs working in every district. Justice Bhat noted that magnitude presented by the geographical dispersion alone cannot be the factor to decide the same.

It was also discussed that though initially the aggrieved women could not approach the Court directly and had to go through a PO, now the scenario has changed and they are permitted to approach the Courts directly. In view of the same, the workload might have reduced. However, Ms. Gupta pointed out that the importance of the POs are immense and more often than not the aggrieved women are not comfortable to approach a police station, instead they prefer seeking assistance of the POs.

Agreeing with the submission of the Counsel, Justice Lalit stated -

"The duration of injustice should not be such that the desire to get justice evaporates. You have to immediately reach that person."

He conceded that the ground reality is such that the framework for appointment of POs is missing and there is lack of structural assistance.

Ms Gupta added that wide publicity is also not given to the provision of the DV Act as envisaged by it.

Justice Lalit enquired, "Do we have any figures, on record, about the amount of money spent on publicity ventures?"

Ms. Gupta responded, "So far the Govt of India affidavit has not touched this."

She asserted that there is a need for more shelter homes and functional one-stop centres.

Justice Lalit enquired, "How many one-stops centre will be established?"

Additional Solicitor General, Ms. Aishwarya Bhati submitted, "704 are already functional, 330 are yet to be operationalised."

Hearing the submission made by all parties involved, Justice Lalit opined -

"The Act has attempted to do something which is absolutely praiseworthy, but let it not remain only in the statute book. Let the machinery start functioning."

The case will be heard day after tomorrow.