Use Of Artificial Intelligence Should Align With Our Constitutional Morality: Chief Justice SA Bobde 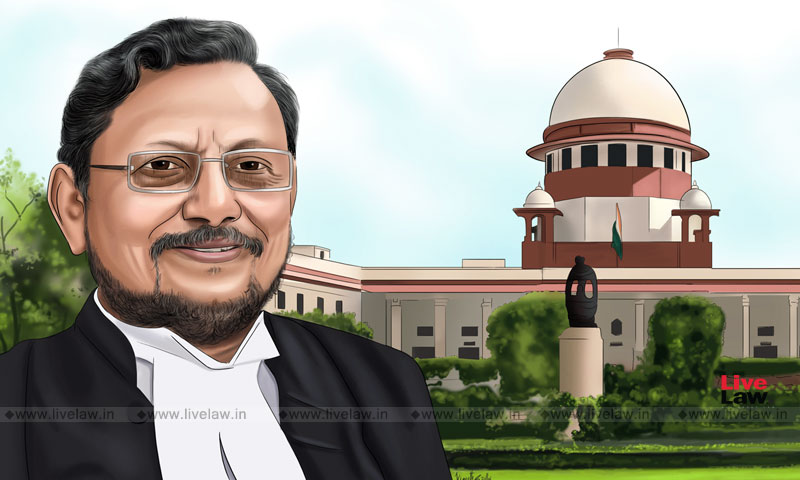 Chief Justice Sharad Arvind Bobde, speaking at a virtual event on Thursday, stressed that the Indian Judiciary's use of Artificial Intelligence (AI) needed to be aligned with constitutional morality. On this theme, he asserted the need to ensure that AI no way impedes or undermines constitutional and legal rights afforded to Indians.

"The Indian Judiciary's usage of AI must align with our constitutional morality. It is vital that AI no way impedes or undermines constitutional and legal rights afforded to Indians. Where we rely on any technology to aid the judicial decision-making process it must be subject, as I said, to the final consideration of a human," the Chief Justice underscored.

The use of AI and any engagement with it would have to governed by ethical, legal, and constitutional principles, he additionally urged. The AI Committee of the Supeme Court would be developing ethical principles to govern the use of AI in the Indian Justice System once the working of the AI tools were sufficiently understood, the Chief Justice informed.

"Suggestions (on ethical principles) are welcome from all quarters", Chief Justice Bobde said.

The Chief Justice's remarks were made in the backdrop of the launch of Vidhi Centre for Legal Policy's Strategy Paper on 'Responsible AI For The Indian Justice System'.

The Chief Justice spoke of the advantages and inherent risks in AI, time and again emphasising that AI could not be allowed to take the ultimate decision in a case. Justice has a response to events taking place in society, all human beings have a response to events, the Judge explained. AI's ability to merely cognise was a natural limitation, he said.

Describing emotions that were inherent in a human being in response to an event, he said, "There are emotions and responses which are much wider than cognition, there is sometimes shock…then after the shock, the arguments, the reasoning which leads to the ultimate decision making"

Taking a stance that AI could not take such decisions, the Court pointed out that the "aim (of adopting AI) was not AI, but Justice'.

Chief Justice Bobde also highlighted that the assistive tools must give all the information necessary to arrive at a decision of the case, that was correct and dictated by the demands of justice as well as the law, but never take the decision by itself.

"I have persistently opposed what is known as automated decisionmaking. It is not possible for a system of justice to accept that a machine, however intelligent, will take the decision," the Chief Justice commented.

Drawing from the judiciary's experience with videoconferencing during the pandemic where the access to courts had become dependent on access to technology, the Court expressed a hope that the use of AI would not augment existing inequalities prevailing in society or create new ones.

In this light, he highlighted instances of the AI creating a furore about due process and another case where an AI's algorithm was criticised as biased against minorities. On the other hand, its use in Brazil has reduced time taken by a judge to decide a case, the Chief Justice added, in support of his central theme of AI being used to supplement rather than supplant justice.

He emphasised that AI and its capabilities for speedy cognition had to be used only as an aid to decisionmaking.

Opining that the use of AI, particularly following the launch of SUPACE and SUVAAS was a watershed moment in light of the increased use of technology by the judiciary after the pandemic, he remarked that AI would modernise and ensure that access to justice is uninhibited.

'Use of AI in the judiciary is at a nascent stage'

Justice L Nageswara Rao narrated his experiences as Chairperson of the Supreme Court's AI Committee, stating that the use of AI in the judiciary was at a nascent stage and a work in progress.

He described the tools presently under development by the Supreme Court's AI team and stated that information bulletins about the tools would be put out soon.

The tools being developed primarily focus on:

- exploration of use of AI in other areas

Additionally, the Committee is contemplating use of AI for case management, and tools to focus on tracking specific types of cases to combat pendency, the Judge informed.

Justice B Srikrishna's remarks primarily centred around the need for the responsible use of AI and access to data sets. He pointed out that the data necessary for AI's use in the judiciary would have to be collected from the judiciary itself, and narrated that many judges and courts were not willing to share data. The retired judge also highlighted the need to safeguard the data so collected.

He also suggested that court websites provide updated information about the work done during the day.

Professor Partha P. Chakrabarti of IIT Kharagpur raised the point that the use of AI in judiciary could help improve analytical effectiveness, procedural efficiency, democratising system and will assist the judge.

Observing that use of AI in judicial decision making could improve access to justice and also remove biases inherent in human reasoning, Christoph Winter remarked that the prospect of AI role was not too distant. It was important to think about these questions as use of AI could change people's perception of judiciary and affect its place in the broader political scenario.

"We need to have discussions about these & build safety mechanisms based on this discourse", he said.

After a vote of thanks by Dr Arghya Sengupta, the event drew to a close.

The report is available here.