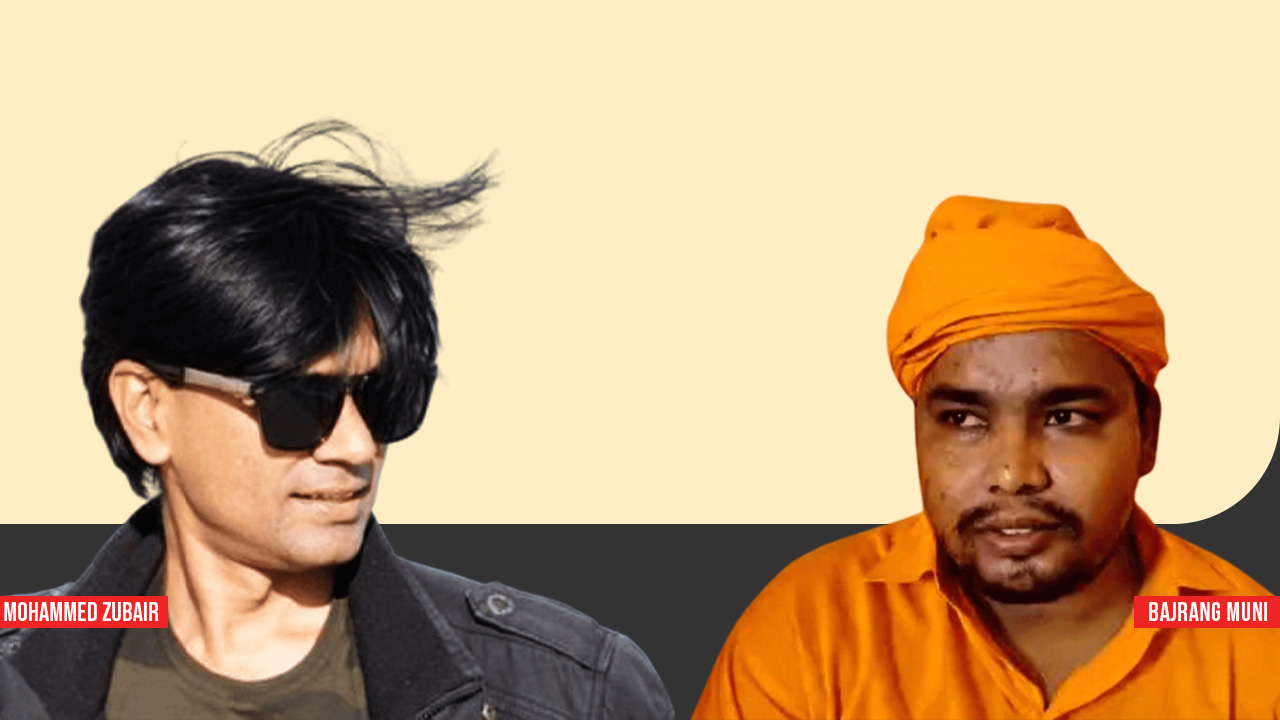 Defending the FIR against Mohammed Zubair, the co-founder of fact checking website AltNews, the Uttar Pradesh police argued before the Supreme Court on Friday that Bajrang Muni was a respected mahant in Sitapur, whose followers were offended by the tweet of Zubair which termed Bajrang Muni a "hate-monger".

Additional Solicitor General SV Raju, appearing for the investigating officer in the FIR registered at Sitapur Police Station, argued that the offences under Section 295A and 153A of the Indian Penal Code (for offending religious sentiments and promotion communal disharmony respectively), were therefore prima facie made out against Zubair.

On the other hand, Senior Advocate Colin Gonsalves, appearing for Zubair, submitted that he had only tweeted a video of Bajrang Muni's speech in which he had made threats of kidnap and rape against Muslim women. Gonsalves submitted that Zubair was reporting hate speech by tweeting the video and tagged Sitapur Police in the tweet seeking criminal action.

Countering this submission, the ASG contended that Zubair was "inciting violence" by tweeting the speech.

"My learned friend says he has written to the police station. No, he is tweeting it. And everybody comes to know about it. He is inciting violence", the ASG submitted.

"Bajrang Muni is a respected mahant...a religious leader in Sitapur with large following. When you call a religious leader hate-monger, it raises problems.My learned friend says he has written to the police. That is wrong. He is tweeting it to the larger world.You have outraged the religious feelings of large number of followers of Bajrangi Baba. Whether it is deliberate or not, is a matter for trial. Prima facie offence is made out", the ASG submitted.

"You are attempting to promote on grounds of religion disharmony or ill-will between different kinds of people. Calling a religious leader a hate-monger! If you were such a nice person, you could have sent a letter to police. Why did you tweet?", the ASG continued.

In response, Gonsalves submitted that he was merely reporting the speech made by Bajrang Muni. He cited a report of the Hindustan Times about the National Commission for Women taking suo motu cognizance of the speech and writing to the UP DGP seeking action. "NCW has also written seeking appropriate measures from police to curb people from using such outrageous language for women and not be a mute spectator in such incidents," Gonsalves quoted from the report.

With respect to Yati Narsinghanand, Gonsalves submitted that he was arrested in hate speech cases and that the Attorney General for India has granted sanction for initiating contempt of court proceedings against him for his remarks about the Supreme Court.

"Am I slandering them? Are they not hatemongers? Am I wrong in calling them hatemongers?", Gonsalves submitted.

"If I am performing the role of pointing out hate speech and reporting to police, it is not promoting enmity between religions. I am promoting secularism in fact. 153A does not apply at all. I am telling them to stop promoting enmity, stop hate speech", he further submitted.

"The persons who made hate speech, they have been released on bail. And the person who exposed them, he is in jail. What this country has become?", Gonsavles submitted.

Solicitor General of India Tushar Mehta, appearing for the State of UP, opposed Zubair's plea and said that it needs to be investigated "whether he is part of a syndicate which is regularly posting such tweets with the intention to destabilize the country".

The SG said that Zubair's tweets caused "law and order problems" and described him as a "habitual offender" against whom 6 other cases are already pending. The SG submitted that Zubair has deleted several "objectionable tweets". The SG added that actions were taken against persons who made hate-speeches and that "nobody was defending" them.

The bench passed an interim order today to grant interim bail for 5 days to Zubair on the condition that he shall not leave the jurisdiction of the Delhi Magistrate (where another case is registered against him over a 2018 tweet) and that he will not post any further tweets during the time.

The bench also made it clear that it has not stayed the investigation in the FIR and that interim relief does not apply to any other case pending against him.

The Court was considering SLP preferred by Zubair, challenging the Allahabad High Court's refusal to quash the FIR.