Court Reporting- A Fleeting Impression By Journalist Regarding Value Of Evidence Is Entirely Beyond His/Her Legitimate Scope: Bombay High Court 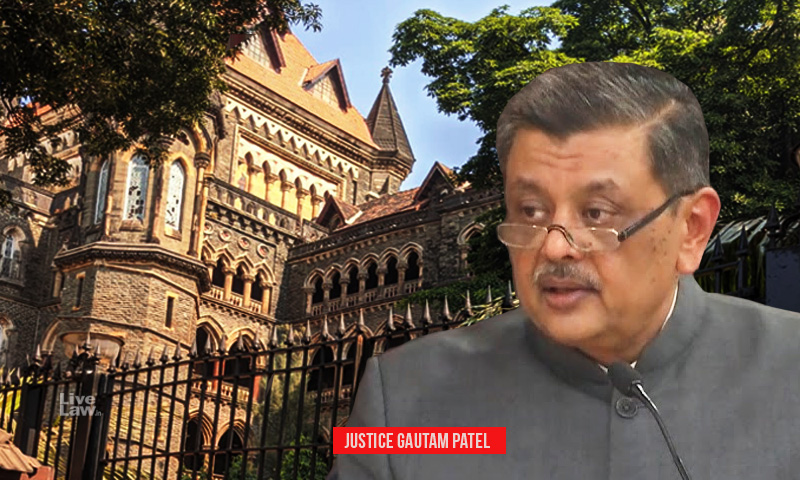 In a significant observation, while emphasizing that in an open Court system, fair reporting cannot be restrained, the Bombay High Court last week held that a fleeting impression by a journalist of the value of evidence is entirely beyond his/her legitimate scope.The Bench of Justice G. S. Patel specifically observed that fair reporting of court proceedings does not extend to comments on...

In a significant observation, while emphasizing that in an open Court system, fair reporting cannot be restrained, the Bombay High Court last week held that a fleeting impression by a journalist of the value of evidence is entirely beyond his/her legitimate scope.

The Bench of Justice G. S. Patel specifically observed that fair reporting of court proceedings does not extend to comments on the quality of evidence or arguments before a Court before judgment is delivered.

"Assessing those -- finding them good or bad --is no part of a reporter's job. It is the work of a Court and only a Court," added the Court.

The Court was hearing an Interim Application filed by the one Mufaddal Burhanuddin Saifuddin) raising a 'matter of very serious concern'.

Defendant alleged that despite an express direction, on Taher Fakhruddin Saheb made available or gave access to trial records of a case between the parties to 'The Udaipur Times' although the trial was incomplete.

Essentially, Udaipur Times, had gone beyond what was legitimately permissible in its reportage of a part of the cross-examination in the matter.

Both Respondents (The Udaipur Times and the party Taher Fakhruddin Saheb) tendered apologies, gave undertakings and expressed regret, which was accepted by the Court. However, the Court gave some significant observations.

Earlier, issuing notice to Udaipur-based newspaper, the Udaipur Times, for its impermissible reporting of the actual trial related to the Dawoodi Bohra community, the Bombay High Court had observed:

"As a general rule, reproductions of ongoing trials are not permitted and every journalist knows this or is expected to know this."

At the outset, the Court did note that a reporter or commentator, whether a journalist, columnist, or a layperson, is certainly entitled to critically examine the resultant judgment and that one is perfectly at liberty to critique or criticize that judgment, in terms that may even be fierce, harsh and unsparing.

However, the further added that no reporter -- or any other commentator -- should deliver for public consumption a view on the quality of evidence, that is to say, its evidentiary value before judgment is pronounced.\

The Court also noted that assessing the quality of evidence or arguments before a Court is an exceedingly technical business, demanding a closely-read understanding of the 'issues framed' that demands a degree of special learning, training, and experience.

"It is perfectly acceptable for a journalist to say that a certain witness was cross-examined by the named counsel on some aspect in the matter. I would even venture to suggest that simply noting a particular question and answer might also be acceptable, or at least not objectionable. But the line is crossed when such reproduction is accompanied by what is effectively a judgment on merits, a statement that purports to assess the evidentiary value and weight of the cross-examination in a matter yet pending before Court; for instance, by suggesting that some part of the cross-examination was repetitive or ineffective or futile. That is an assessment that no court reporter can do."

"An editorializing of yet-to-adjudged evidence, when communicated publicly, directly affects the decision-making process and, more importantly, clouds the perception of necessary neutrality in the decision-making process. It presents a foregone conclusion at a time when no conclusion has been drawn or can even legitimately be drawn by the final arbiter, the Court itself. When he or she says that a particular line of cross-examination was ineffective or purposeless, a journalist is literally pronouncing on the merits of the evidence. But no one knows that yet. Not even the judge. He is yet a distance from assessing whether any particular piece of evidence is or is not weighty. Once all the evidence is in, then collated, presented, and then submissions are made on what ought to be a correct evaluation of the evidence, then, and only then, will there be an assessment of the evidence."

Lastly, the Bench opined that the press and courts, while taking up their own roles, must respect the other's duties and responsibilities and always be careful not to cross the dividing lines.

"If courts should not gag or silence the press, then, equally, the press must be reasonably circumspect about entering a territory that is exclusively the preserve of a court," concluded the Court.