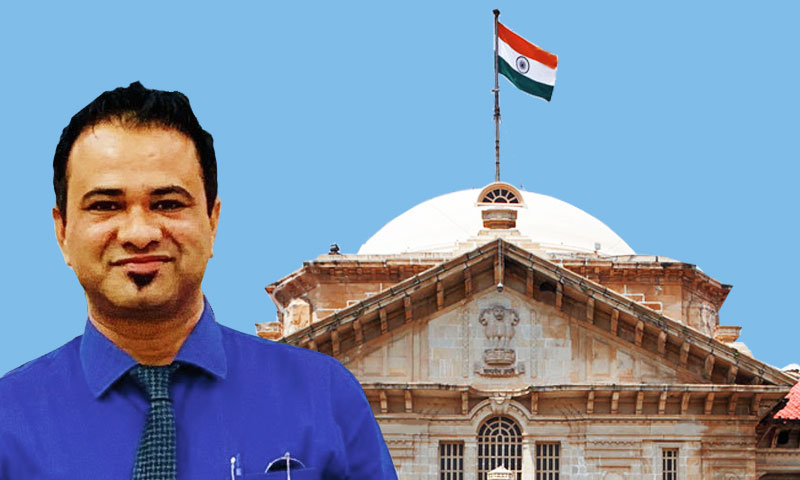 In a huge relief to Dr. Kafeel Khan, who has been in custody under the stringent provisions of the National Security Act, 1980, the Allahabad High Court has directed the Government to immediately release him. The HC observed that the charges against Dr. Khan were unwarranted as there was no ocassion in his allegedly provocative speech that instigated hatred against any community or...

In a huge relief to Dr. Kafeel Khan, who has been in custody under the stringent provisions of the National Security Act, 1980, the Allahabad High Court has directed the Government to immediately release him. The HC observed that the charges against Dr. Khan were unwarranted as there was no ocassion in his allegedly provocative speech that instigated hatred against any community or promoted violence.

The order has come in a habeas corpus petition filed by Dr. Khan's mother who alleged that his son had been detained illegally.

The Division Bench comprising Chief Justice Govind Mathur and Justice Saumitra Dayal Singh has revoked the NSA charges against Dr. Khan, who is presently lodged in the Mathura jail. The order of detention dated 13th February, 2020 passed by District Magistrate, Aligarh under the NSA Act and confirmed by the State of Uttar Pradesh has been set aside. The extension of the period of detention of detenue Dr. Kafeel Khan is also declared illegal.

The NSA orders have been set aside as the Court came to a conclusion that Dr. Khan was not given an "effective opportunity" to make a representation against the charges leveled upon him. The Court observed that even though Khan was supplied the grounds for detention in the form of a CD, he was not given any device to access the same, hence virtually amounting to non-supply of relevant material in terms of Article 22(5) of the Constitution.

The Court said that Dr. Kafeel Khan's speech at the Aligarh Muslim University on December 13, 2019, amidst the anti-CAA protests, that led to his arrest and subsequent detention under the stringent provisions of the National Security Act, "does not disclose any effort to promote hatred or violence."

The Division Bench comprising Chief Justice Govind Mathur and Justice Saumitra Dayal Singh held that prima facie, the speech is not such that a reasonable man could have arrive at a conclusion as the inference drawn by the District Magistrate, Aligarh, who passed the detention order against Dr. Khan in February this year.

"The speaker was certainly opposing the policies of the government and while doing so certain illustration are given by him, but that no where reflects the eventualities demanding detention. A complete reading of the speech primafacie does not disclose any effort to promote hatred or violence. It also no where threatens peace and tranquility of the city of Aligarh. The address gives a call for national integrity and unity among the citizens. The speech also deprecates any kind of violence. It appears that the District Magistrate had selective reading and selective mention for few phrases from the speech ignoring its true intent," the Bench observed.

"By very nature, the order of preventive detention could have been issued to prevent an occurrence but not punitively or merely by way of a consequence of the occurrences that were two months old"- HC observed on NSA invoked against KafeelKhan in February over a 2-month old speech.

The HC observed that State failed to discharge its burden to establish that KafeelKhan's December speech had "such a deleterious effect on the public order in district-Aligarh as had continued to exist up to 13.02.2020 necessitating preventive detention of the detenue"

He was arrested from Mumbai in January this year, for allegedly giving a provocative speech at the Aligarh Muslim University on December 13, 2019, amidst the anti-CAA protests.

Vide an order dated August 19 the High Court sought for the original record of the proceedings against Dr. Khan under the NSA.