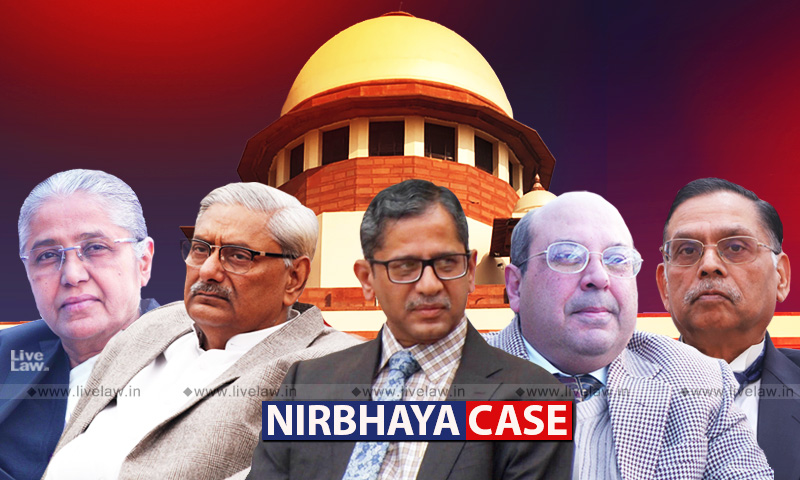 A 5-judge bench of the Supreme Court on Tuesday dismissed the curative petitions of Akshay, one of the four convicts awaiting execution of death penalty in the Nirbhaya gang rape-murder case.

Additional Sessions Judge, Patiala House Court in Delhi had issued death warrants for the hanging of all four convicts on February 1

On January-14 the Supreme Court dismissed the curative petitions of Vinay Sharma and Mukesh, other two convicts awaiting execution of death penalty in the Nirbhaya gang rape-murder case.

Last month, SC bench comprising Justices Banumathi, Ashok Bhushan and A S Bopanna had dismissed the review plea of convict Akshay, after which the Delhi court has issued death warrant against the convicts. The review petitions of other three convicts were dismissed by SC in July 2018.

On December 16-17 night, 2012, a paramedical  student was gang-raped in a moving bus by five men and a juvenile. Few days after, the victim had succumbed to the brutal injury caused to her by them. 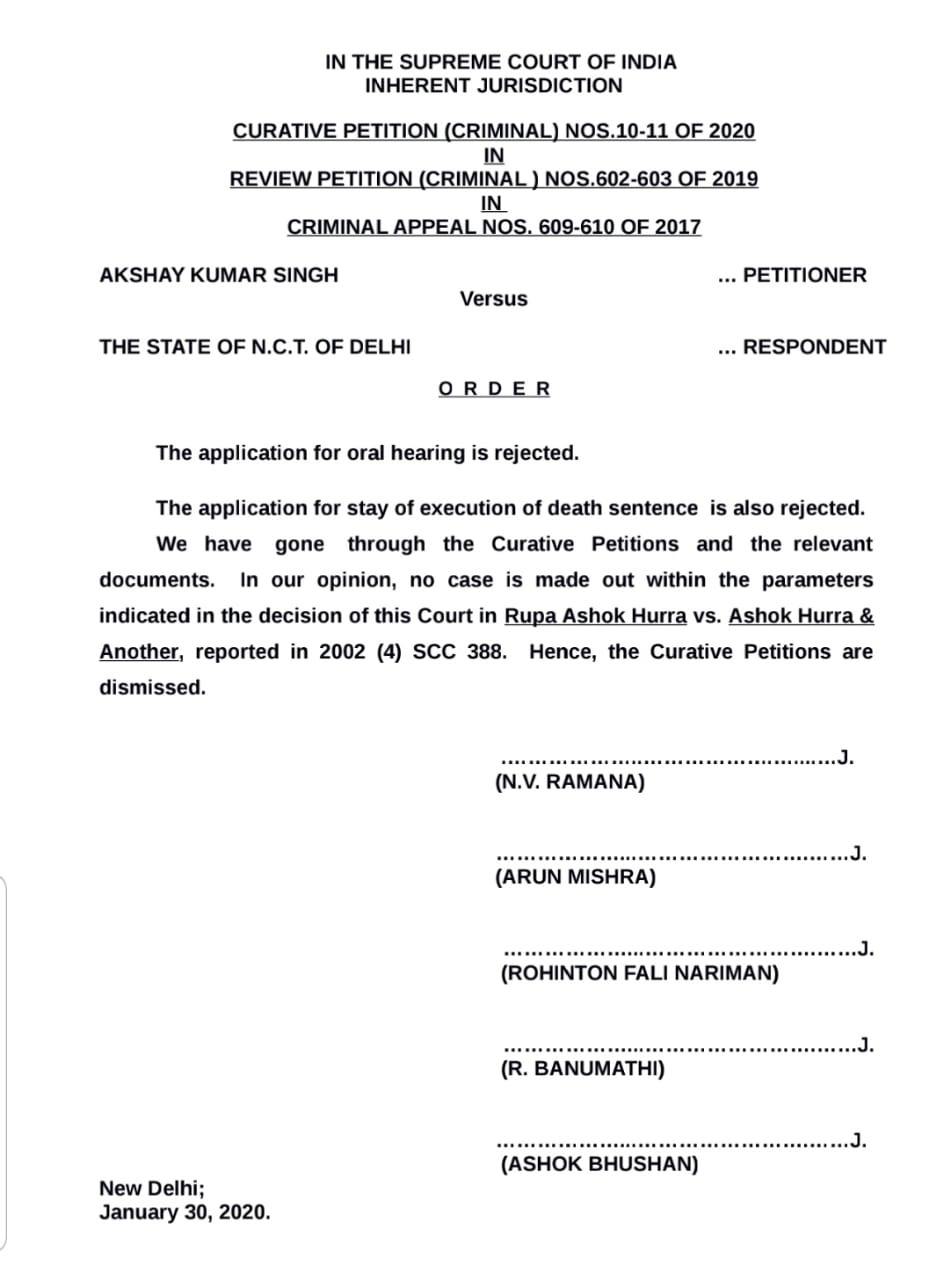