Centre's Direction Not Binding On A State University, Only Recommendatory : Supreme Court 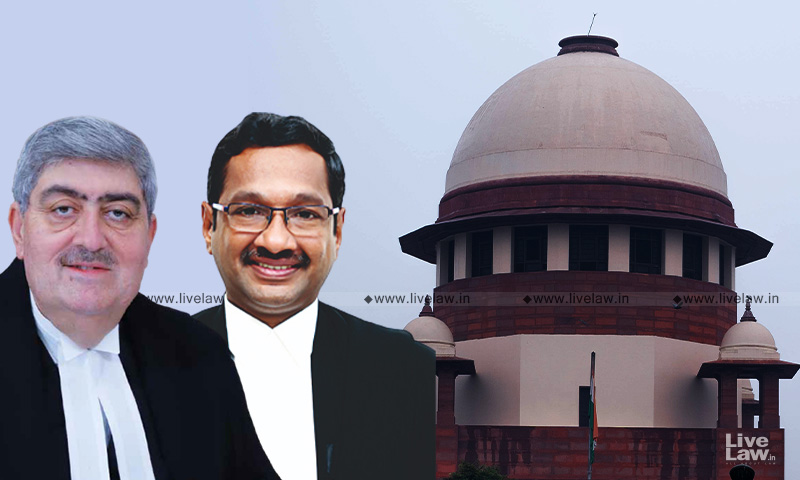 The Supreme Court, on Thursday(April 7), held that a direction issued by the Union Government is not binding on a State University and that it is only recommendatory.Holding so, the Court held that a Registrar of a State University cannot make a claim for a higher pay scale based on a circular issued by the Central Government.A Bench comprising Justices Sanjay Kishan Kaul and M.M....

The Supreme Court, on Thursday(April 7), held that a direction issued by the Union Government is not binding on a State University and that it is only recommendatory.

Holding so, the Court held that a Registrar of a State University cannot make a claim for a higher pay scale based on a circular issued by the Central Government.

A Bench comprising Justices Sanjay Kishan Kaul and M.M. Sundresh allowed an appeal assailing the order of Uttarakhand High Court, which permitted the writ petition filed by a Registrar of State University seeking parity in pay with its counterparts in Central University(Case : State of Uttarakhand v. Sudhir Budakoti And Ors).

On 31.12.2008, the Department of Higher Education, the Ministry of Human Resources Development  of the Government of India published two communications pertaining to revision of pay scale of Lecturers and Registrar. The State of Uttarakhand accepted the revised pay scale recommended by the Government of India for its teaching faculties. The respondent no. 1 was appointed to the post of Registrar in with pay scale as prescribed in the 2006 Rules. After taking charge as the Assistant Registrar in Kumaon University, he filed a writ petition before the Uttarakhand High Court seeking parity in pay with Registrars of Central Universities. The High Court directed the State Government to look into his representation. In the meantime, his pay scale was revised in consonance with the Sixth Pay Commission on 05.04.2011, which was assailed by the respondent no. 1 as unconstitutional. The High Court allowed the writ petition.

On behalf of the State Government it was argued that the decision to accept the recommendation to revise pay scale for Lecturers and not for Registrars was a policy decision that does not fall within the ambit of judicial review. It was contended that the respondent no.1 had no right to seek parity. The State is not obligated to implement the revised pay scale of the Central Government in State Universities. Moreover, the respondent no. 1 was aware of the pay scale when he accepted the offer.

The respondent no.1 appearing in person submitted that he was also made to undertake work assigned to a lecturer. He contended that the revised pay scale was extended to Lecturers and not Registrars and therefore perpetuates discrimination.

Citing a catena of judgments, the Court noted that when there is a reason for classification, then Courts cannot insist on absolute equality. Discrimination based on reasonable classification and meant for providing benefits to certain categories of people who form a class of their own is not arbitrary. It observed that when classification emanates from a policy decision, which is based on analysis of relevant material and on the recommendation of a body of experts, the courts are not to act like appellate authorities and ought to exercise restraint.

Referring to Kalyani Mathivanan v. K.V. Jeyaraj (2015) 6 SCC 363, the Court was of the opinion that it is trite law, the recommendation of the Central Government was merely directory for the Universities governed by State legislations.

"In the absence of any legal right with the corresponding duty, such a relief can never be asked for, particularly when there are clear and specific rules provided for the pay scale of Registrars by the Appellant itself. The decision of the Appellant qua the Lecturers who form a distinct group as against the Respondent No. 1 who holds a higher position in the administration has been lost sight of. Merely because Respondent No. 1 was made to fill the gap by temporarily taking up the job of a Lecturer, he would never become one and so also a Lecturer, who might undertake the job of a Registrar."

Article 14 of the Constitution - When there is a reasonable basis for a classification the Court is not expected to insist on absolute equality by taking a rigid and pedantic view - such a discrimination would not be termed as arbitrary as the object of the classification itself is meant for providing benefits to an identified group of persons who form a class of their own - courts cannot not act like appellate authorities especially when a classification is introduced by way of a policy decision clearly identifying the group of beneficiaries by analysing the relevant materials - when a classification is made on the recommendation made by a body of experts courts will have to be more wary of entering into the said arena as its interference would amount to substituting its views, a process which is best avoided - when classification is distinct and clear having adequate rationale with due relation to the objective, there is no reason to hold otherwise by treating a Registrar at par with the Lecturers.

Uttar Pradesh State Universities Act, 1973 - a Registrar of a University is not entitled to accept any remuneration for other work, save as provided under the Uttarakhand State University (Centralised Services) Rules, 2006 - State is not bound to implement direction issued by the Central Government on State Universities - any such decision would merely be in the nature of recommendation.