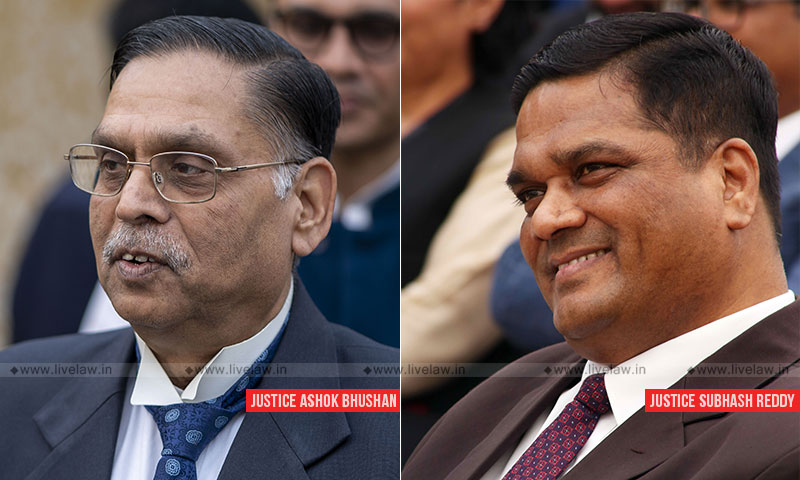 The Supreme Court held that a consent decree based on admission recognising pre existing rights under Family settlement does not require registration under section 17(1)(b) of the Indian Registration Act.

One Badlu, was the tenure-holder of agricultural land. He had two sons Bali Ram and Sher Singh. Sher Singh died in the year 1953 issueless leaving his widow Jagno. After death of Sher Singh, his widow inherited share of her late husband, i.e., the half of the agricultural property owned by Badlu. Jagno's brother's sons filed a suit in 1991 claiming decree of declaration as owners in possession of the said agricultural land . They claimed that Jagno, who was sharer of the half share, had in a family settlement settled the land in their favour who were the brother's sons. Later descendants of Jagno's. Taking note of the written statement in which Jagno admitted this claim, the Trial Court passed a consent decree. Later, the descendants of brother of husband of Smt. Jagno filed a suit claiming that this consent decree is illegal.

According to the appellants, there was no existing right in the plaintiffs of Civil Suit No.317 of 1991, hence the decree dated 19.08.1991 required registration under Section 17(1)(b) since decree created right in favour of the plaintiffs. They referred to Bhoop Singh Vs. Ram Singh Major 1995 SCC (5) 709, in which it was held that decree or order including compromise decree granting new right, title or interest in praesenti in immovable property of value of Rs.100 or above is compulsorily registrable. On the other hand, respondents relief on Som Dev and Ors. Vs. Rati Ram (2006) 10 SCC 788, in which the decree was based on an admission recognising pre-existing rights under family arrangement and it was held that the the decree did not require registration under Section 17(1)(b).

The bench noticed a subsequent judgment in K. Raghunandan and Ors. Vs. Ali Hussain Sabir and Ors., (2008) 13 SCC 102 in which it was held that if the consent terms create a right for the first time as contradistinguished from recognition of a right, registration thereof would be required, if the value of the property is Rs 100 and upwards. It also referred to a recent judgment in Mohammade Yusuf & Ors. Vs. Rajkumar & Ors., 2020(3) SCALE 146, and held:

This Court held that since the decree which was sought to be exhibited was with regard to the property which was subject matter of suit, hence, was not covered by exclusionary clause of Section 17(2) (vi) and decree did not require registration. The issue in the present case is squarely covered by the above judgment. We, thus, conclude that in view of the fact that the consent decree dated 19.08.1991 relate to the subject matter of the suit, hence it was not required to be registered under Section 17(2) (vi) and was covered by exclusionary clause. Thus, we, answer question No.1 that the consent decree dated 19.08.1991 was not registrable and Courts below have rightly held that the decree did not require registration.

Answering the other issue, the Court observed that 'family settlement' can be entered by a Hindu woman with her heirs on her parental side.