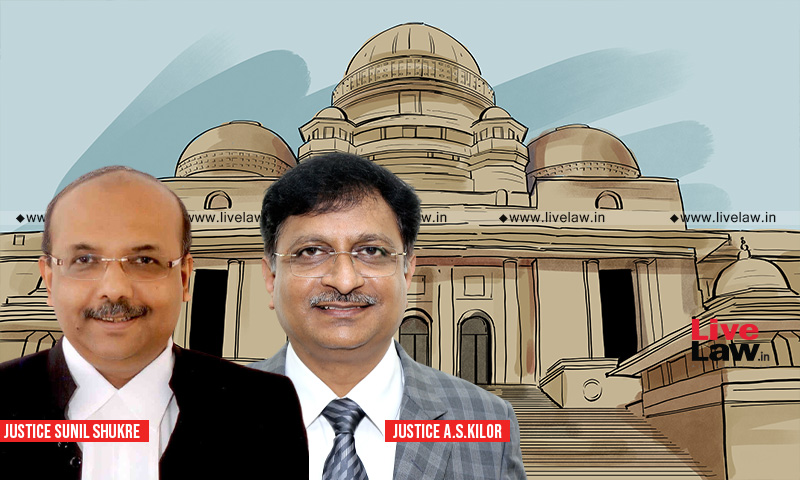 x
The Court observed that the impugned Rules were an attempt to circumvent Supreme Court's directions.

In a significant ruling, the Bombay High Court on Tuesday struck down provisions of the new Consumer Protection Rules 2020, which prescribe a minimum professional experience of 20 years and 15 years for adjudicating members to the State consumer commissions and District forums, respectively. The court also struck down the provision that gives each state's selection committee the...

In a significant ruling, the Bombay High Court on Tuesday struck down provisions of the new Consumer Protection Rules 2020, which prescribe a minimum professional experience of 20 years and 15 years for adjudicating members to the State consumer commissions and District forums, respectively.

The court also struck down the provision that gives each state's selection committee the power to determine its own procedure to recommend names for appointment in the order of merit for the State Government to consider.

A division bench of Justices Sunil Shukre and Anil Kilor struck down Rule 3(2)(b), 4(2)(c), 6(9) for being unconstitutional and violative of Article 14 in petitions filed by Advocate Dr Mahindra Limaye and Vijaykumar Bhima Dighe.

Consequently, the court quashed the vacancy notice issued by the Ministry Of Food, Civil Supplies & Consumer Protection Maharashtra State on February 2, 2021, inviting applications to fill up 33 vacant posts of Members in Maharashtra's commissions as until today the procedure for making the recommendation is not yet determined by the Selection Committee under Rule 6.

The court also directed the Union of India to frame new rules within four weeks, considering the Supreme Court's recent directions in their suo motu case to deal with vacancies in consumer commissions.

After pronouncement of the order, Assistant Solicitor General UM Aurangabadkar sought a stay on the judgment. The court suspended the decision for two weeks however restrained the State from making any more appointments.

The bench clarified that it had not dealt with the appointment of the chairman of the State Commission.

Last week, the Supreme Court clarified that the suo motu case taken by it to deal with the vacancies in Consumer Commissions is not an impediment to the Bombay High Court in deciding a challenge to the Consumer Protection Rules 2020 framed by the Central Government.

Uncontrolled discretion given to selection committee

The High Court referred to the Supreme Court's judgments in the series of Madras Bar Association(MBA-2020 and MBA-2021) cases which held that advocates with experience of 10 years should be considered for appointment as members of Tribunals.

In the light of this, the Court observed that the Rules are an attempt to circumvent Supreme Court's directions.

Also, the Court noted that the Supreme Court had issued directions in the 2017 case State of Uttar Pradesh and others Vrs. All Uttar Pradesh Consumer Protection Bar Association(UPCPBA Case)  for bringing uniformity of rules across the country in regard to the modalities to be followed in appointment and selections of President and Members of the District Forum and State Forum.

"The Union of India while framing Rules of 2020 under the Act of 2019, ought to have framed the rules in consonance with the directions of the Hon'ble the Supreme Court of India, issued in the case of UPCPBA, to cure defects pointed out in the said judgment, which has admittedly not been done. Whereas, under the Rules of 2020, the uncontrolled and  uncanalised discretion has been granted to the Selection Committee, which will produce undesirable results and which will be in violation of fundamental rights to equality before law and equal protection of laws guaranteed by Article 14 of the Constitution of India, that includes a right to have the person's rights adjudicated by a forum which exercises judicial power in an impartial and independent manner, as held in MBA-2021", the Court said in the judgment.

"..the Union Government has granted complete discretion under the Rules of 2020 to the Selection Committee to determine its own procedure. The ultimate result of the same would be nothing but creating a situation which has been narrated in the case of UPCPBA, which undoubtedly, will again lead to wide variation in standards as well as a great deal of subjective, bureaucratic and political interference, and finally it will result in denial of justice which will be in violation of Article 14 of the Constitution of India", the Court added.

Therefore, the Court invalidated Rule 6(9) which empowered the selection committee to decide its own procedure.

In this backdrop, the Court said :

The Court said that the Rules are an attempt to circumvent the directions in the Supreme Court judgments.

"..it is clear that the Hon'ble Supreme Court of India, has repeatedly held that to have 10 years of experience in law and in other specialized fields as prescribed and stipulated under the statute, is sufficient for appointment as a judicial member in the Tribunal.

The petition questioned the vires of the Consumer Protection (Qualification for appointment, method of recruitment, procedure of appointment, term of office, resignation and removal of the President and members of the State Commission and District Commission) Rules, 2020, in particular, it challenges Rule 3(2)(b), Rule 4(2)(c) and Rule 6 (8, 9 and 10).

The petitioners, represented by Advocates Dr.Uday Warunjikar and Tushar Mandlekar argued on the following grounds –

Rules 3(2)(b) and 4(2)(c) exclude the lawyers having 10 to 20 years experience from becoming Members in State Commission and lawyers having experience of 10 to 15 years from becoming Members in District Consumer Forums in State of Maharashtra. This violates article 14 of the Constitution as lawyers above 10 years of practice would be eligible to be appointed as HC judges under article 217 (2) of the constitution.

"The said clause is only aimed at bringing government servants in Tribunals for the obvious advantage of the government excluding desired and deserving advocates having practice of more than ten years but less than 20 years," the plea states.

There is no "written examination" by which the merit of candidates can be evaluated. Although the Supreme Court approved the model rules, 2017 in State of U.P. and Ors.v. All U.P. Consumer Protection Bar Association, which included a written test, the provision was deleted in the final 2020 Rules, the plea added.

T.D.Mandlekar, Advocate with Rohan Malviya, Advocate & Shri Tajas Fadnavis, Advocate for the Petitioner in W.P.No.1096 of 2021.