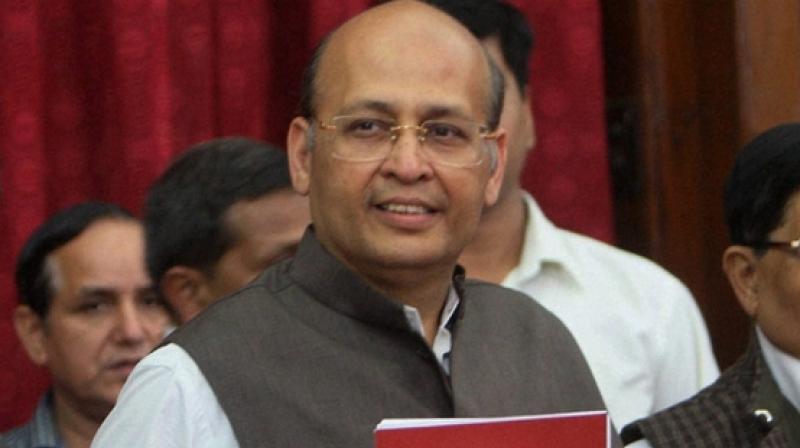 In the wake of the horrific incident of custodial deaths of Jeyaraj and Bennix in Tamil Nadu, Senior Advocate Abishek Manu Singhvi has filed an application in the Supreme Court seeking revival of the proceedings in the landmark case D K Basu v State of West Bengal.In the 1996 judgment delivered in D K Basu case, the SC had issued elaborate guidelines to ensure that power of arrest is not...

In the wake of the horrific incident of custodial deaths of Jeyaraj and Bennix in Tamil Nadu, Senior Advocate Abishek Manu Singhvi has filed an application in the Supreme Court seeking revival of the proceedings in the landmark case D K Basu v State of West Bengal.

In the 1996 judgment delivered in D K Basu case, the SC had issued elaborate guidelines to ensure that power of arrest is not abused and to prevent custodial torture.

Dr. Singhvi had acted as an Amicus Curiae in the case.

In the present application, Singhvi has lamented that there is an "increasing trend of normalizing of custodial deaths", which necessitate the need for a "a robust, uniform, effective and working investigation and mortaring apparatus".

The application states that there is a huge increase of custodial violence and related crimes compared to the recent past.

"the data collected by the National Crime Record Bureau (NCRB) clearly shows an evident and sharp increase in the number of cases of custodial deaths and encounter killings in past 4-5 years.", the report observes.

The application further observes that there has been a total of 359 custodial deaths only in past 4 years. This translates into the fact that roughly every 4th day a person is killed in police custody and denied a fair trial.

i. Cases are not filed in more than half of such deaths.

ii. Chargesheet is filed in roughly in merely 1/4th of such deaths.

iii. Above all, no policemen have been convicted till date in such deaths.

"That the laws and guidelines are not enough and there is a need of informed and compassionate citizenry too. Unfortunately due to continued and prolonged use of state violence and its depiction in the popular culture with the lack of proper awareness of ones right has normalized the custodial deaths/encounters with public often celebrating such "knee-jerk vengeance justice" thereby denying a victim the dignity of a fair trial." , the application stated.

He has suggested fixing a time limit of four months for magisterial enquiry under Section 176(1A) of the Code of Criminal Procedure with respect to custodial violence.

He also prayed for a direction to the Centre to ratify the United Nations Convention against Torture and Other Cruel, Inhuman or Degrading Treatment or Punishment, 1987 and to incorporate those provisions into domestic law.

Also, policemen facing inquiry for custodial violence should be dis-entitled from receiving any gallantry award.

All police stations and prisons shall have CCTV recording and states should explore the possibility and feasibility of providing dashboard/personnel cameras for police officials while making any arrest/detention, he suggested.

All police vehicles must have a dashboard camera and that police officials conducting an arrest/ detention must be equipped with Body Worn Camera (BWC) and such recordings must become a part of every case file, he stated.

Singhvi also underlined the importance of making the public at large aware about their rights and remedies and limitation of police powers under CrPC.

"It shall be directed that State Government carries out such awareness drives in collaboration with the NGOs and also display such information on all public places possible especially at Police Stations", he said.

Police officials must be given periodic training on human rights, dignity and constitutional guarantees to ensure the upholding of the rule of law.

"A police official must realise that every act of detention, arrest is a decision of such officer on the need to impinge on the constitutional guarantee of a citizen and not to tread such rights lightly. There has been a growing trend to arrest and detain for the most minor of offences, transgressions even though the same is not warranted or mandated by law. Such detentions are sometimes unwarranted and infringe on personal liberty", the application stated.

He has also sought for a direction that the law laid down by SC in Vineet Narain v.Union of India (1998) 1 SCC 226 (paragraph 5.5) be modified and applied to cases of custodial deaths/violence to the effect that if the decision on the request to grant sanction for prosecution is not taken within one month then the same shall be treated as deemed sanction.

Singhvi has also advocated the need to bifurcate investigation and law & order wings of the police force, so that a dedicated and skilled team for investigation can be developed, which will not be tempted to use third degree methods to solve crimes.

"it is necessary that the law and order wing of the police and the investigation wing of the police be bifurcated immediately. Once such bifurcation happens then it is easier to focus the energy and resources to develop a modern and scientific investigating agency which will not require torture or extra judicial means", the application states.