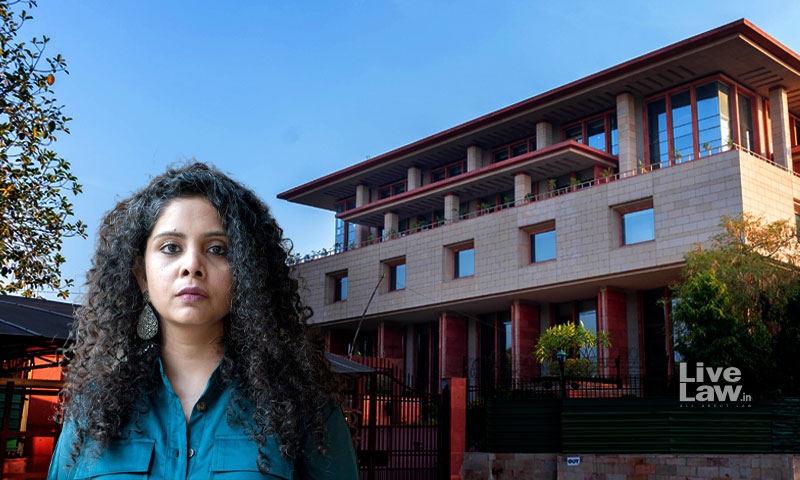 The Delhi High Court on Monday quashed the look out circular issued by the Enforcement Directorate against journalist Rana Ayyub on the ground of it being devoid of merits as well as for infringing her human right to travel abroad and freedom of speech and expression.Justice Chandra Dhari Singh observed that the LOC was issued in haste and despite the absence of any...

The Delhi High Court on Monday quashed the look out circular issued by the Enforcement Directorate against journalist Rana Ayyub on the ground of it being devoid of merits as well as for infringing her human right to travel abroad and freedom of speech and expression.

Justice Chandra Dhari Singh observed that the LOC was issued in haste and despite the absence of any precondition necessitating such a measure.

"An LOC is a coercive measure to make a person surrender and consequentially interferes with petitioner's right of personal liberty and free movement. It is to be issued in cases where the accused is deliberately evading summons/arrest or where such person fails to appear in Court despite a Non-Bailable Warrant. In the instant case, there is no contradiction by the respondent to the submission of the petitioner that she has appeared on each and every date before the Investigating Agency when summoned, and hence, there is no cogent reason for presuming that the Petitioner would not appear before the Investigation Agency and hence, no case is made out for issuing the impugned LOC," the Court said.

It added "The impugned LOC is accordingly liable to be set aside as being devoid of merits as well as for infringing the Human right of the Petitioner to travel abroad and to exercise her freedom of speech and expression. For the reasons discussed above, the impugned LOC is set aside and quashed."

The Court allowed the plea filed by Ayyub against Enforcement Directorate's action of restraining her from leaving the country, citing apprehensions of evading probe in an ongoing money laundering case.

However, observing that a balance has to be struck qua the right of the investigation agency to investigate the instant matter as well as the fundamental right of the petitioner of movement and free speech, the Court imposed the following conditions:

- The petitioner shall deposit an FDR to the tune of Rs. 1 lakh before the Enforcement Directorate at Mumbai;

- The petitioner shall not attempt to tamper with the evidence or influence the witnesses in any manner;

- The petitioner shall return to India on the date specified i.e. 11th April 2022; and

During the course of hearing today, Advocate Vrinda Grover appearing for Ayyub argued before the Court that the power to issue look out circular is an extraordinary power which has to be exercised by the executive and investigating agencies only in exceptional circumstances, in a non arbitrary manner.

"I am basing my case on records which cannot be disputed. 1.77 crores provisionally attached by ED, how can I dispose of alleged attached amounts? Why is this kind of arbitrariness in show?," Grover argued.

She added "Why I'm saying there are some extraneous considerations in play, there cannot be somebody who is cooperating more than I am. Petitioner is a renowned Journalist. Press is the fourth pillar of democracy. I ask questions, that is the job of a Free Press . Yes I have published articles including in prestigious organizations. They may be disagreeable, but can that be a ground to stop me?"

Referring to the status report filed by ED, Grover argued that the same contained no reasonable reasons and that the only reason mentioned was that there is an "apprehension".

"But apprehension cannot be a fanciful imaginary or something directly contradictory to record," Grover argued.

On the other hand, ASG SV Raju appearing for ED claimed that there was an apprehension that Ayyub will flee the country and not return back, if allowed to travel abroad.

At the outset, Justice Chandra Dhari Singh asked Raju thus "How do you defend your look out circular? It's admitted fact that whenever summon issued, she has replied, she appeared before officers. How do you say that she is avoiding investigation? Because for LOC, evidence should be satisfied."

"Anybody who wants to flee won't say that I am fleeing. Mere statement isn't enough. See the conduct, docs aren't given despite request. Money siphoned off in the name of COVID relief. Credit card details etc. not provided. Fake bills have been provided, prima facie there is a case of cheating. Therefore propensity to flee and not come back. Therefore we are saying explain, sit with us, give us statement and then go," Raju responded.

Raju emphasised that the agency wanted to interrogate Ayyub in order for her to justify the entries and explain where they had been spent. It was the case of the agency that the money entries were not spent for COVID relief, thereby alleging that Ayyub had submitted various forged bills and siphoned off monies.

At the outset, Grover responded to the allegation and remarked thus:

"I live in Bombay in a joint family with my old parents, brother, his wife and children. I had a return ticket. I work here, live here. What is there to show apprehension? Can I run away with frozen money? I am more than keen for ED to show that there is nothing hanky panky in the account. I have been cooperating."

"There has to be a difference between harassment and investigation. Why was I not summoned earlier? They want to make sure you don't speak. This harassment has to stop."