Every Action Of State Is Required To Be Guided By Non­-arbitrariness, Reasonableness & Rationality: Supreme Court 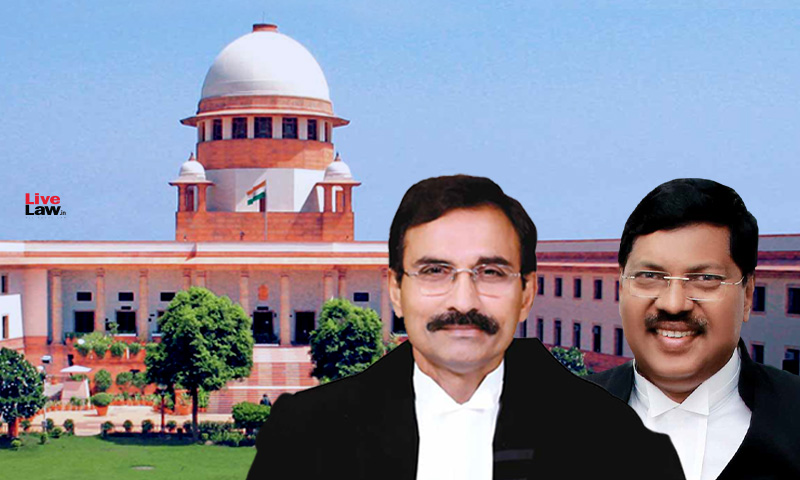 On Wednesday, the Supreme Court held that the instrumentalities of the State cannot change a consistent stand taken by them, all of a sudden, at their whims and fancies, especially when it is arbitrary, irrational, unreasonable and against public interest. A Bench comprising Justices L. Nageswara Rao and B.R. Gavai rejected an appeal filed by power distribution companies assailing...

On Wednesday, the Supreme Court held that the instrumentalities of the State cannot change a consistent stand taken by them, all of a sudden, at their whims and fancies, especially when it is arbitrary, irrational, unreasonable and against public interest.

A Bench comprising Justices L. Nageswara Rao and B.R. Gavai rejected an appeal filed by power distribution companies assailing the order of Appellate Tribunal for Electricity, New Delhi which had directed the Andhra Pradesh Electricity Regulatory Commission to dispose of two applications filed by the parties before it. Displeased with the conduct of the appellants in the dispute the Court imposed a cost of Rs. 5,00,000 (five lakhs) on them.

"Undisputedly, the appellants – DISCOMS are instrumentalities of the State and as such, a State within the meaning of Article 12 of the Constitution of India. Every action of a State is required to be guided by the touch­stone of non­arbitrariness, reasonableness and rationality. Every action of a State is equally required to be guided by public interest. Every holder of a public office is a trustee, whose highest duty is to the people of the country. The Public Authority is therefore required to exercise the powers only for the public good".

On 17.07.1992, vide a Memorandum of Understanding ("MoU") Andhra Pradesh State Electricity Board ("APSEB") transferred all licenses, approvals, clearance and permits, fuel linkage, water required for power project to Hinduja National Power Corporation Limited ("HNPCL"). On 09.12.1994, they entered into an initial Power Purchase Agreement ("PPA"). On 25.07.1996 the power project got clearance for an estimated cost of Rs. 4628.11 crores. The parties mutually agreed to amend the PPA and an amended PPA was executed on 15.02.1998. Until 2007, the project was in cold storage. In 2007, the promoters of HNPCL approached the Chief Minister of the State to revive the project as a Merchant plant, but the Government was interested in purchasing 100% of the power generated by HNPCL. Subsequently, the Central Power Distribution Company of Andhra Pradesh Limited had conducted bidding for procurement of power, HNPCL participated and successfully emerged as the second lowest bidder. But, the Bid Evaluation Committee, discarded its bid stating that HNPCL was to supply its entire capacity of power generated to the State Government. In a letter dated 26.12.2012, written to HNPCL, the State Government had expressed interest in purchasing 100% power from its power project. On 17.05.2013, the appellants, successors to APSEB and HNPCL entered into an MoA with HNPCL for continuation of the amended PPA. Pursuant to the MoA, HNPCL entered into an agreement with Mahanadi Coalfield Limited for supply of coal. Subsequently HNPCL filed an application before the Andhra Pradesh Electricity Regulatory Commission ("State Commission") for determination of capital cost of the power station. Thereafter, Telangana came into existence and it demanded 54% of the power from HNPCL's project. However, the Government of Andhra Pradesh insisted that it should be supplied 100% of the power and on 01.06.2016, it approved purchase of 100% power from HNPCL. On 11.05.2016, the appellants filed an application before the State Commission for approval of the Continuation Agreement which they eventually sought to withdraw. The same was permitted by the State Commission. The appeal filed by HNPCL challenging the withdrawal was eventually allowed by Appellate Tribunal for Electricity, New Delhi ("APTEL") and the State Commission was directed to dispose of the applications seeking determination of capital cost and approval of the Continuation Agreement.

Senior Advocate, Mr. C.S. Vaidyanathan appearing on behalf of the appellants argued that the APTEL was in the wrong to hold that the appellants could not have withdrawn the application filed by them for grant of approval of PPA as there is no provision in law to prohibit the same. He contended that APTEL had, in essence, granted the respondent a decree of specific performance of a contract which without the approval and prior consent of the State Commission was void ab initio. Moreover the direction of APTEL was contrary to the National Tariff Policy. The finding of APTEL pertaining to legitimate expectation was also assailed. Mr. Vaidyanathan asserted that the appellants cannot be compelled to purchase power at a higher rate than initially estimated.

Senior Advocates, Dr. Abhishek Manu Singhvi and Mr. M.G. Ramachandran appearing on behalf of HNPCL contended that the appellants were not entitled to withdraw application to the effect of frustrating the contract, more so, in view of the trite law that right to withdrawal is not absolute. It was averred that the State Government had on all occasions insisted HNPCL to supply 100% of the power to it and therefore, the argument of legitimate expectation holds water. It was pointed out that at present the appellants have chosen to purchase power at a much higher rate from other generators than what was determined in the interim order passed by APTEL.

The Court noted that on perusal of several documents on record it is clear that the State Government had time and again insisted HNPCL to supply 100% power to it. It noted that from the year 2012 until it filed the application of withdrawal in 2018, it was the consistent stand of the Government and the appellants to purchase 100% power generated by HNPCL. Based on the assurance, HNPCL has also entered into a coal supply arrangement with Mahanadi Coalfield Limited. The Court was of the view that the conduct of the appellants disentitled them to withdraw the application. The Court refused to accept the argument that because the estimated cost of the project had increased, the tariff would increase, as it noted that the same is to be determined by the State Commission only after consulting the statutory provisions. It was noted that being instrumentality of the State, the appellants acts are to be tested on the touchstone of non-arbitrariness, reasonableness and rationality.

"Every action of a State is equally required to be guided by public interest. Every holder of a public office is a trustee, whose highest duty is to the people of the country. The Public Authority is therefore required to exercise the powers only for the public good."

Referring to the doctrines of 'legitimate expectation' and 'public interest' as elucidated in Kumari Shrilekha Vidyarthi And Ors. v. State of U.P. And Ors. (1991) 1 SCC 212, Food Corporation of India v. M/s. Kamdhenu Cattle Feed Industries (1993) 1 SCC 71 and Indian Oil Corporation Limited And Ors. v. Shashi Prabha Shukla And Anr. (2018) 12 SCC 85, the Court held that the appellants cannot be permitted to change the decision at their whims and fancies and, particularly, when it is adversarial to the public interest and public good, especially when it is arbitrary, irrational and unreasonable. The Court deprecated that the appellants at present were purchasing power from other generators at a higher rate and directed them to purchase power from HNPCL at the rate set out by the APTEL.