'Taloja Jail Has Brought Me To A Situation Where I Can't Eat, Write Or Walk Myself' : An Account Of Father Stan Swamy's Struggles For Basic Rights 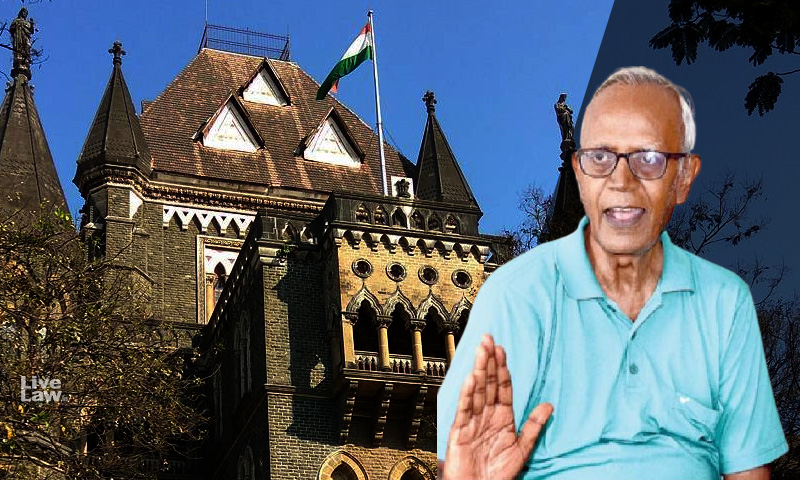 Father Stan Swamy, an 84-year-old Jesuit priest who spent over 60 years of his life working for the most marginalised communities, for Adivasis and against the illegal detention of minors branded as Maoists in Jharkhand, passed away at the Holy Family hospital on Monday, his last wish unfulfilled. "I would request the judiciary to consider (my application) for interim bail…...

Subscription starts from
₹ 599+GST
(For 6 Months)
View Plans
Premium account gives you:
Subscribe Now
Already a subscriber?
Login
Father Stan Swamy, an 84-year-old Jesuit priest who spent over 60 years of his life working for the most marginalised communities, for Adivasis and against the illegal detention of minors branded as Maoists in Jharkhand, passed away at the Holy Family hospital on Monday, his last wish unfulfilled.

"I would request the judiciary to consider (my application) for interim bail… My deterioration is more powerful than the small tablets that they give…This is a very difficult moment for me. Whatever happens to me, I would like to be with my own," Father Stan had pleaded in a video conferencing call with the Bombay High Court after spending eight months at Taloja Central Prison on May 21, 2021. However, hospital admission was his only option.

But Father Stan struggled for his freedom and basic human facilities inside prison ever since the National Investigation Agency arrested him in the Bhima Koregaon – Elgar Parishad Case on October 8, 2020. They filed a charge sheet against him and seven others, accusing them of having nexus with banned organization CPI(Maoist).

Even though the NIA hadn't sought his custody for interrogation for a single day, the agency went to great lengths to oppose and delay every application for release or even a house arrest.

Father Swamy's lawyer Sharif Shaikh had argued during his first application for interim bail on medical grounds in October 2020 that he could not sign even his vakalatnama and a thumb impression had to be taken. Swamy was suffering from acute Parkinson's, hearing loss, abdomen pain and lumbar spondylosis, he argued.

But NIA opposed his plea. They accused the old man of trying to take "undue benefit" of the pandemic. Special NIA Judge, DE Kothalikar rejected his application recording the Superintendent's statement from Taloja that the prison had enough facilities to treat his ailments.

At the time, the Taloja prison had merely three Bachelor of Ayurvedic Medicine and Surgery (BAMS) practitioners, he said in his bail application.

"The prison has no facilities whatsoever and is manned by three ayurvedic doctors, and thus unless he is taken to a multispecialty hospital, a proper diagnosis cannot be done.

"Thus, in light of the aforesaid it abundantly clear that the Appellant life is under imminent threat due to his pre-existing medical condition, advanced ages, lack of medical facilities at Taloja Central Prison and a COVID-19 pandemic that has breached the prison walls and has already infected a fellow inmate who was sharing the same hospital ward where the Appellant was also being treated. Thus, the Appellant is entitled to be released on temporary medical bail", from his bail application.

The Straw and Sipper

On November 7, 2020, Father Stan filed an application seeking the bag seized from him at the time of his arrest as it had his familiar straw and sipper. His lawyers said he was finding it very difficult to hold a glass or cup as acute Parkinson's made his hand tremor.

Judge Kothalikar gave the NIA 20 days to respond to father Stan's request. Instead, they got back saying they never seized the bag from him, and the application was rejected as being "devoid of merit."

His advocates Sharif Shaikh and Kritika Aggarwal were constrained to file another plea for purchasing the straw and sipper at their own cost. Not surprisingly, the court gave another week for the prison officials from Taloja to respond.

Father Stan finally got his sipper in the first week of December, not because of a court order, but because prison officials provided it following the outcry his advocate Sharif Shaikh said. Taloja Prison officials said they were giving him everything, but the defence denied these claims.

He wrote letters to his friends about how he was feeling cold and asked for a full-sleeved sweater, a thin blanket, and two pairs of socks, but the items were denied entry at the prison gates.

Father Stan had sought regular bail from the trial court on merits and on medical grounds in November itself. However, the order on his plea, rejecting his prayers, was finally passed four months later, on March 21, 2021.

Just a week before orders were to be passed, the NIA said they wanted to put additional documents on record. It was an internal report report from the Assistant Investigating Officer to the Superintendent of Police NIA.

In it, the police officer claimed that he had analyzed documents and come to the conclusion that Father Stan and his NGO Bagaicha were "deeply involved in facilitating Maoists interests" because they have "deep rooted" association with another tribal rights organization, Visthapan Virodhi Jan Vikas Andolan (VVJVA), which is a "front organisation" of the banned CPI (Maoist).

The report was taken on record and cited as grounds to reject bail despite NIA filing the charge sheet against him five months ago.

Ironically, in one of the longest virtual prayer meets, people globally mourned his death for the boon he had been to society. Even the United Nations, and European Union Representatives mourned his death. One of them recalled Father Stan Swamy's PIL in 2017 in Jharkhand, exposing the incarceration of 4,000 tribal youth in State prisons.

Even as Father Stan approached the Bombay High Court challenging rejections of his bail applications in April, 2021 the NIA urged the court to keep the matter beyond vacations. The bench issued notice and granted Senior Advocate Mihir Desai liberty to approach the court in an emergency.

Father Stan received medical attention only after his petitions were listed before the Bombay High court; however, he repeatedly pleaded for freedom. NIA continued to oppose bail.

On May 21, Father Stan interacted with a vacation bench led by Justice SJ Kathawalla via video conference and told the court how his condition has deteriorated in the last eight months inside Taloja Prison. He urged the court to consider how it happened.

When I came to Taloja, whole systems of my body were very functional, but during these eight months there has been a steady by slow regression of whatever my body functions were.

Eight months ago, I would eat by myself, do some writing, walk, I could take bath by myself, but all these are disappearing one after another. So Taloja Jail has brought me to a situation where I can neither write nor go for a walk by myself. Someone has to feed me. In other words, I am requesting you to consider why and how this deterioration of myself happened.

But Father Stan refused to get admitted to the hospital, he wanted to be with his own in Ranchi.

"Since Mr Swamy seems to have taken the "forgive them for they know not what they are doing" approach," Desai said he would try and convince him again.

After a week, Desai moved the court since Father Stan's condition deteriorated further. On May 28, 2021, a division bench of Justices SS Shinde and NJ Jamadar directed that he be shifted to Holy Family Hospital the very same day. Unfortunately, he tested positive for covid on June 1.

'I Would Rather Suffer, Possibly Die Very Shortly If This Were To Go On' : Stan Swamy Pleads For Interim Bail In Bombay HC

At the time of his death at 1.24 pm on Monday, two bail applications and a petition challenging the "insurmountable" obstacle section 43D (5) of the Unlawful Activities (Prevention) Act creates in getting bail, were pending before the court.

On Monday, Father Stan's bail applications were about to be adjourned again when Dr D'Souza, the Medical Director of Holy Family Hospital, informed the court that Father Stan had suffered a cardiac arrest on Sunday, at 4.30 am, was put on ventilator support, however, he has been declared dead at 1.24 pm, an hour before the hearing.

Desai sought a judicial inquiry accusing the NIA and State of negligence before Father Stan's private hospital admission. "He was taken to JJ Hospital ten days before his admission to Holy Family not tested for Covid…Because what was the need for his arrest as not a single day's custody was sought."

Justice Shinde, who was leading the bench, expressed his deep condolences, "With all humility at our command, we are sorry to know that he has passed away. We are shocked."