[Enforcement of Foreign Awards] Minimal Interference by Courts in Terms of Section 48 Of The Arbitration Act, Holds SC[Read Judgment] 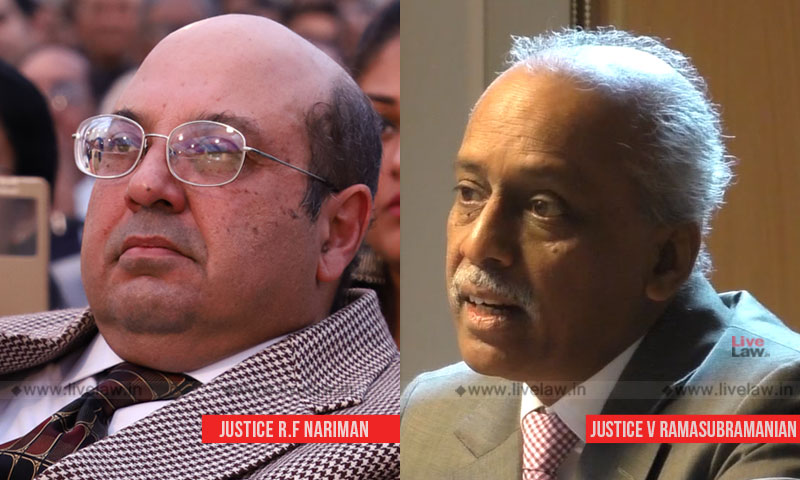 x
“Awards must always be read supportively with an inclination to uphold rather than destroy, given the minimal interference possible with foreign awards under Section 48”

The Supreme Court has held that while considering grounds for setting aside a foreign award, Court must warrant minimal interference. The Judgment rendered by a Three-Judge bench of the Supreme Court comprising Justices R.F. Nariman, Aniruddha bose & V. Ramasubramanan, has emphasized that section 48(1)(b) of the Arbitration & Conciliation Act, 1996 (referred to...

The Supreme Court has held that while considering grounds for setting aside a foreign award, Court must warrant minimal interference.

The Judgment rendered by a Three-Judge bench of the Supreme Court comprising Justices R.F. Nariman, Aniruddha bose & V. Ramasubramanan, has emphasized that section 48(1)(b) of the Arbitration & Conciliation Act, 1996 (referred to hereinafter as The "Act") cannot be given an expansive meaning.

"A good working test for determining whether a party has been unable to present his case is to see whether factors outside the party's control have combined to deny the party a fair hearing. Thus, where no opportunity was given to deal with an argument which goes to the root of the case or findings based on evidence which go behind the back of the party and which results in a denial of justice to the prejudice of the party; or additional or new evidence is taken which forms the basis of the award on which a party has been given no opportunity of rebuttal, would, on the facts of a given case, render a foreign award liable to be set aside on the ground that a party has been unable to present his case"

The Appellants were non-corporate shareholders of Ravin Cables Limited. Appellants and Ravin entered into a Joint Venture Agreement (JVA) with Prysmian Cavi (Respondent No. 1) a company registered in Italy.

In light of the above, Respondent No. 1 became a majority shareholder in Ravin (51%), paying 5 Million Euros to the Appellants vide a separate Control Premium Agreement.

On 26.03.2012, the Appellants responded to the request for invocation of Arbitration and included several counter claims.

Following Determination Notices, which were supplied to the Appellants by Respondent No. 1 in terms of the JVA to remedy the alleged breaches, the said breaches remained remediless.

Three partial final awards on issues of jurisdiction, material breaches & admission of counter claims were passed by the Sole Arbitrator, following which a Final Award was passed on 11.04.2017.

No challenge was made to this award under English Arbitration Law even though the Appellants were no remediless and the challenge was only made when the Award was sought to be recognized in India for enforcement vis-à-vis Section 48 of the Act.The Appellants filed objections before a Single Judge of the High Court seeking non-enforcement of the said foreign award on several grounds.

enforced as the objections did not fall within any of the "neat legal pigeonholes" contained in Section 48 of the Arbitration Act.

As Section 50 of the Act did not provide for an Appeal, the Appellants approached the Supreme Court seeking Special Leave under Article 136 of the Constitution.

The Counsel for Appellants contended that the Award could not be enforced in terms of the Act in India as it was in contravention of the Foreign Policy of Indian Law and violated several aspects of the most basic notions of justice. The High Court Judgment was also heavily contested by the Counsel on grounds of breach of natural justice.

"Both Dr. Singhvi and Mr. Nakul Dewan, after setting out all the aforesaid grounds and case law supporting such grounds, have attacked the impugned High Court judgment, stating that a large number of these points were not answered by the High Court at all, and when answered would show that even where there was bias, perversity and breach of natural justice, all these grounds were merely brushed aside, and therefore no real determination of all the points argued before the High Court was at all undertaken by the learned Single Judge."

Counsel for the Respondent no. 1 argued that there was no interference warranted on the merits of the Award, which would ultimately be outside the grounds contained in Section 48 of the Act. It was reiterated that public policy must be understood in a narrow sense and exposited in terms of Renusagar Power Ltd. vs. General Electric Company.

What the Supreme Court Held:

The Court, while dismissing the Petition under Article 136 of the Constitution elucidated the following:-

"The important point to be considered is that the foreign award must be read as a whole, fairly, and without nit-picking. If read as a whole, the said award has addressed the basic issues raised by the parties and has, in substance, decided the claims and counter-claims of the parties, enforcement must follow."

The Court also observed that its Jurisdiction under Article 136 is limited in scope and if merits have already been dealt with exhaustively in the awards and the High Court, the Supreme Court's interference is unwarranted.

"It is important to remember that the Supreme Court's jurisdiction under Article 136 should not be used to circumvent the legislative policy so contained. We are saying this because this matter has been argued for several days before us as if it was a first appeal from a judgment recognising and enforcing a foreign award. Given the restricted parameters of Article 136, it is important to note that in cases like the present - where no appeal is granted against a judgment which recognises and enforces a foreign award - this Court should be very slow in interfering with such judgments, and should entertain an appeal only with a view to settle the law if some new or unique point is raised which has not been answered by the Supreme Court before, so that the Supreme Court judgment may then be used to guide the course of future litigation in this regard. Also, it would only be in a very exceptional case of a blatant disregard of Section 48 of the Arbitration Act that the Supreme Court would interfere with a judgment which recognises and enforces a foreign award however inelegantly drafted the judgment may be."

A cost of Rs. 50 lakhs was also levied on the Appellants.