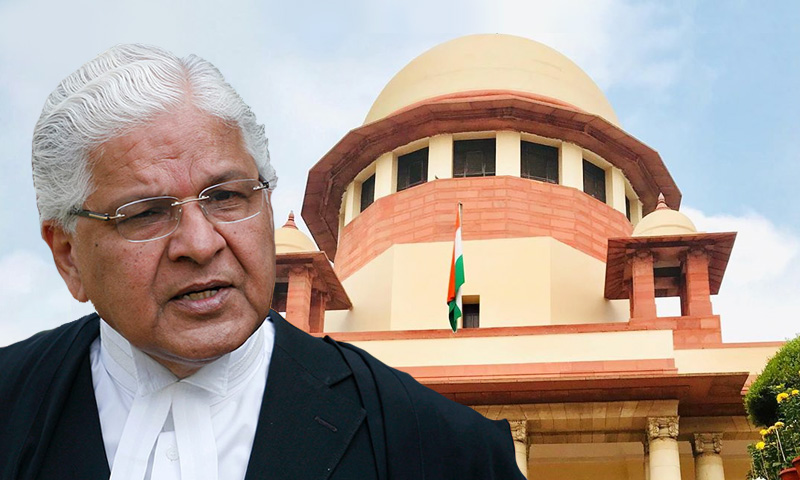 Senior Advocate Dr. Ashwani Kumar has addressed a letter to CJI SA Bobde highlighting the grave infraction of the citizen's right to die with dignity amid the Covid-19 pandemic. He has asked the CJI to take suo moto notice of various reported incidents, whereby persons suffering from Covid19 infection are being ill-treated and their dead bodies are being manhandled. He has drawn...

Senior Advocate Dr. Ashwani Kumar has addressed a letter to CJI SA Bobde highlighting the grave infraction of the citizen's right to die with dignity amid the Covid-19 pandemic.

He has asked the CJI to take suo moto notice of various reported incidents, whereby persons suffering from Covid19 infection are being ill-treated and their dead bodies are being manhandled.

He has drawn the attention of the CJI towards a tragic indecent in Madhya Pradesh where an elderly man suffering from Covid was tied to a bed, after he allegedly failed to make payment of fees for his treatment.

"The tragic and condemnable sight of a Covid-19 patient being chained to a bed in a hospital in Madhya Pradesh and another sight in Puducherry of a dead body being thrown in a pit for burial, has shocked the conscience of the Republic committed to human dignity under the Constitution, which recognizes dignity as a core constitutional value at the pinnacle in the hierarchy of non-negotiable constitutional rights," the letter states.

Dr. Kumar has also raised concern over the reported piling up of bodies in hospitals and mortuaries, non-availability of cremation/ burial grounds and reported non-functioning of electric crematoriums constitute disheartening and an unacceptable violation of Right to Die with Dignity.

He has emphasized that as upheld by the Madras High Court recently in a Suo-Motu PIL and Bombay High Court in Pradeep Gandhy v. State of Maharashtra,

Right to die with dignity embracing right to decent burial or cremation, is a fundamental right under Article 21 of the Constitution.

He has stated that even the Supreme Court has on multiple occasions recognized the "right to die with dignity" as a fundamental right and has asserted that the Court has the "duty and the power" to ensure that the law declared by it is actually enforced.

"It is requested that the Court takes suo-motu notice of the matter. In view of the shocking infraction of the fundamental right to dignity…Your Lordships are respectfully requested, to issue such orders, writs or other directions as will effectuate the citizens' right to die with dignity," the letter reads.

The Delhi HC had recently taken suo moto cognizance of a newspaper report which highlighted the sad state of affairs in which the bodies of those who have died of COVID19 were being handled by the mortuary as well as crematoriums. The Court has asked the Delhi Government to file a status report highlighting the degree of compliance with its own guidelines on proper disposal of bodies of COVID19 patients.

Taking cognizance of reports on how the burial of a doctor, who succumbed to a heart attack, after contracting COVID infection, invited mass opposition, creating a law and order situation, the Madras High Court had issued notice to the state on the issue of the right to burial being guaranteed under Article 21.

The Bombay HC has also in a recent order made extensive observations with regard to right to have a decent burial, after the burial ceremony of a Covid affected Doctor was disrupted.

"In the considered opinion of the Court the scope and ambit of Article 21 includes, right to have a decent burial. It prima facie appears that as a consequence of above said alleged acts, a person who practiced a noble profession as a doctor and breathed his last, has been deprived of his right, to have a burial, in a cemetery earmarked for that purpose and that apart, on account of law and order and public order problem created, the officials who have performed their duties, appeared have sustained grievous injuries," the order stated.