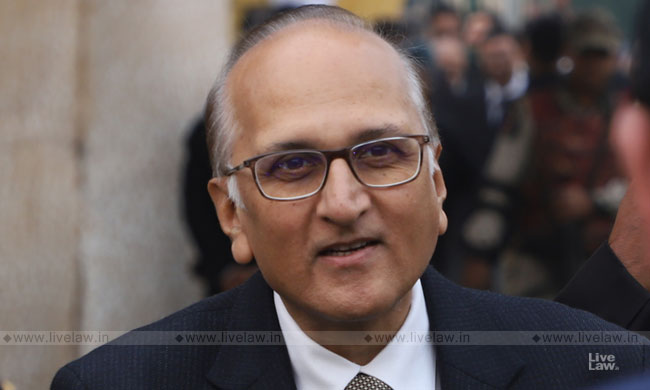 Justice S Ravindra Bhat's separate but concurring judgment upholding the validity of the SC/ST Amendment Act 2018 is particularly notable because of its enlightening discussion on the Constitutional concept of "fraternity".Among the Preambular ideals of "liberty, equality and fraternity", the latter is the least discussed and explored, notes Justice Bhat with a sense of regret."The idea...

Justice S Ravindra Bhat's separate but concurring judgment upholding the validity of the SC/ST Amendment Act 2018 is particularly notable because of its enlightening discussion on the Constitutional concept of "fraternity".

Among the Preambular ideals of "liberty, equality and fraternity", the latter is the least discussed and explored, notes Justice Bhat with a sense of regret.

"The idea of fraternity occupying as crucial a place in the scheme of our nation's consciousness and polity, is one of the lesser explored areas in the constitutional discourse of this court", he says.

However, without 'fraternity', the other ideals of liberty and equality would be meaningless.

"The right to equality, sans liberty or fraternity, would be chimerical - as the concept presently known would be reduced to equality among equals, in every manner- a mere husk of the grand vision of the Constitution", the judgment states.

"Liberty without equality or fraternity, can well result in the perpetuation of existing inequalities and worse, result in license to indulge in society's basest practices".

"It is fraternity, poignantly embedded through the provisions of Part III, which assures true equality, where the state treats all alike, assures the benefits of growth and prosperity to all, with equal liberties to all, and what is more, which guarantees that every citizen treats every other citizen alike".

It is stated that the the placement of the concept of fraternity, in the Preamble was "neither an accident, nor an idealized emulation of the western notion of fraternity, which finds vision in the French and American constitutions and charters of independence".

It was a unique and poignant reminder of a society riven with acute inequalities: more specifically, the practice of caste discrimination in its virulent form, where the essential humanity of a large mass of people was denied by society- i.e. untouchability.

Taking one to the days of framing of Constitution, the judgment states :

"The preamble to the Constitution did not originally contain the expression "fraternity"; it was inserted later by the Drafting Committee under the chairmanship of Dr. Ambedkar. While submitting the draft Constitution, he stated, on 21 February, 1948, that the Drafting Committee had added a clause about fraternity in the Preamble even though it was not part of the Objectives Resolution because it felt that "the need for fraternal concord and goodwill in India was never greater than now, and that this particular aim of the new Constitution should be emphasized by special mention in the Preamble"

Justice Bhat then proceeded to state, "It was to achieve this ideal of fraternity, that the three provisions- Articles 15, 17 and 24 were engrafted".

It was to address this gulf between the rights which the Constitution guaranteed to all people, particularly those who continued to remain victims of ostracism and discrimination, that the Scheduled Castes and Scheduled Tribes (Prevention of Atrocities) Act, 1989 (hereafter "the Act") was enacted.

It was mentioned that despite the enactment, there was no significant abatement in the crimes and atrocities committed out of caste-prejudice.

The various reports, recommendations and official data, including those released by the National Crime Records Bureau, paint a "dismal picture".

Justice Bhat said that these facts ought to be kept in mind by courts which have to try and deal with offences under the Act.

"It is important to keep oneself reminded that while sometimes (perhaps mostly in urban areas) false accusations are made, those are not necessarily reflective of the prevailing and wide spread social prejudices against members of these oppressed classes".

As regards the applicability of pre-arrest bail, Justice Bhat added a caveat and urged Courts to follow a balanced approach :

"I would only add a caveat with the observation and emphasize that while considering any application seeking pre-arrest bail, the High Court has to balance the two interests: i.e. that the power is not so used as to convert the jurisdiction into that under Section 438 of the Criminal Procedure Code, but that it is used sparingly and such orders made in very  exceptional cases where no prima facie offence is made out as shown in the FIR, and further also that if such orders are not made in those classes of cases, the result would  inevitably be a miscarriage of justice or abuse of process of law. I consider such stringent terms, otherwise contrary to the philosophy of bail, absolutely essential, because a liberal use of the power to grant pre-arrest bail would defeat the intention of Parliament".

Justice Bhat further added that "unless provisions of the Act are enforced in their true letter and spirit, with utmost earnestness and dispatch, the dream and ideal of a casteless society will remain only a dream, a mirage".

"It is to address problems of a segmented society, that express provisions of the Constitution which give effect to the idea of fraternity, or bandhutva (बनधधतव) referred to in the Preamble, and statutes like the Act, have been framed. These underline the social – rather collective resolve – of ensuring that all humans are treated as humans, that their innate genius is allowed outlets through equal opportunities and each of them is fearless in the pursuit of her or his dreams. The question which each of us has to address, in everyday life, is can the prevailing situation of exclusion based on caste identity be allowed to persist in a democracy which is committed to equality and the rule of law? If so, till when? And, most importantly, what each one of us can do to foster this feeling of fraternity amongst all sections of the community without reducing the concept (of fraternity) to a ritualistic formality, a tacit acknowledgment, of the "otherness" of each one's identity", observed Justice Bhat in conclusion.