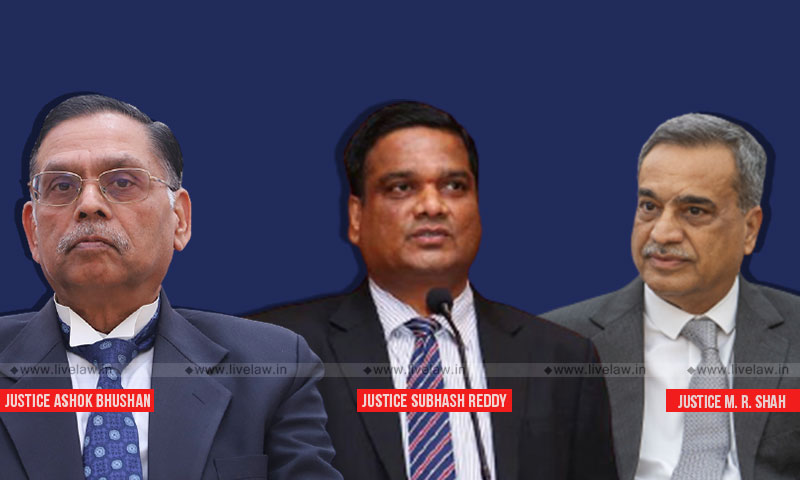 In a notable judgment delivered on Thursday, the Supreme Court upheld the levy of Goods and Services Tax(GST) on lotteries, betting and gambling.A three-judge bench led by Justice Ashok Bhushan dismissed a writ petition filed by Skill Loto Solutions Pvt Ltd challenging the levy of GST on lotteries as violative of Articles 14,19(1)(g), 301 and 304 of the Constitution of...

In a notable judgment delivered on Thursday, the Supreme Court upheld the levy of Goods and Services Tax(GST) on lotteries, betting and gambling.

A three-judge bench led by Justice Ashok Bhushan dismissed a writ petition filed by Skill Loto Solutions Pvt Ltd challenging the levy of GST on lotteries as violative of Articles 14,19(1)(g), 301 and 304 of the Constitution of India.

So, the argument was that the statute cannot prescribe a definition which is contrary to the Constitution. 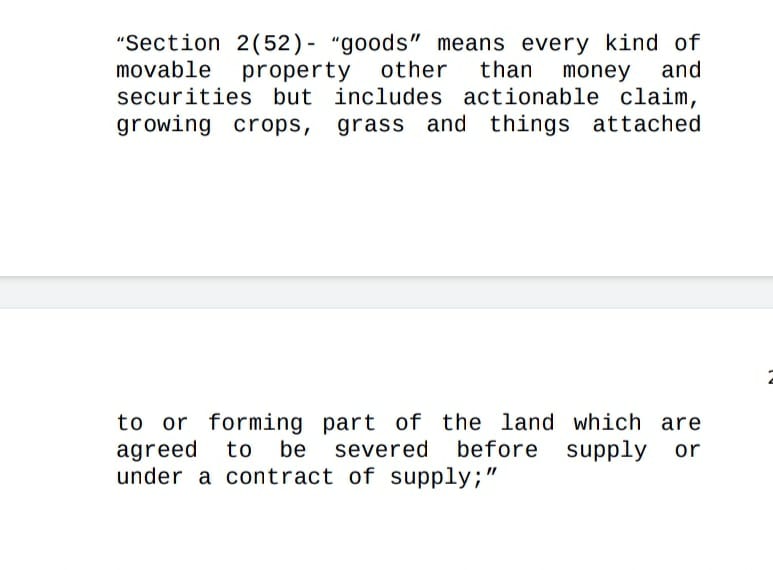 The Court observed that the definition of goods under Article 366(12) of the Constitution was inclusive and there was no intention to give any restrictive meaning to goods.

It noted that the GST Act 2017 was enacted by the Parliament in exercise of power conferred under Article 246Aof the Constitution.

"When the Parliament has been conferred power to make law with respect to goods and services, the legislative power of the Parliament is plenary", the judgment observed. 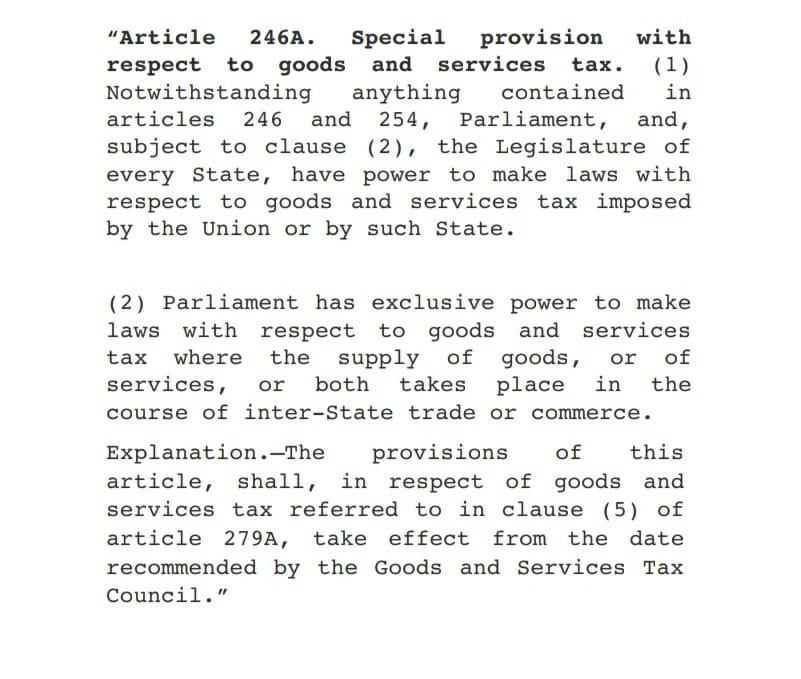 The Court further noted that the Constitution Bench judgment in Sunrise Associates vs. Govt. of NCT of Delhi and others, (2006) 5 SCC 603 categorically held that lottery is actionable claim.

"We are of the view that definition of goods under Section 2(52) of the Act,2017 does not violate any constitutional provision nor it is in conflict with the definition of goods given under Article 366(12). Article 366 clause(12) as observed contains an inclusive definition and the definition given in Section 2(52) of Act, 2017 is not in conflict with definition given in Article 366(12). As noted above the Parliament by the Constitution(One Hundred and First Amendment) Act, 2016 inserted Article 246A. a special provision with respect to goods and services tax. The Parliament was fully empowered to make laws with respect to goods and services tax. Article 246Abegins with non obstante clause that is"Notwithstanding anything contained in Articles 246and 254", which confers very wide power to make laws.

The Court held that the inclusion of actionable claim in definition"goods" as given in Section 2(52) of Central Goods and Services Tax Act, 2017 is not contrary to the legal meaning of goods and is neither illegal nor unconstitutional.

No hostile discrimination in taxing only lottery, betting and gambling

The Court rejected the argument that imposing tax only on 'lottery, betting and gambling' while exempting other actionable claims was discriminatory.

In that regard, the bench observed :

"Lottery, betting and gambling are well known concepts and have been in practice in this country since before independence and were regulated and taxed by different legislations. When Act, 2017 defines the goods to include actionable claims and included only three categories of actionable claims, i.e., lottery,betting and gambling for purposes of levy of GST, it cannot be said that there was no rationale for including these three actionable claims for tax purposes. Regulation including taxation in one or other form on the activities namely lottery, betting and gambling has been in existence since last several decades. When the parliament has included above three for purpose of imposing GST and not taxed other actionable claims, it cannot be said that there is no rationale or reason for taxing above three and leaving others"(Paragraph 70)

The Court said that 'lottery, gambling and betting' have always been regulated in India in the interests of social welfare. So, the Court held that there was no unreasonableness in treating these activities as distinct from other actionable claims.

"It is a duty of the State to strive to promote the welfare of the people by securing and protecting, as effectively as it may, a social order in which justice, social, economic and political, shall inform all the institutions of the national life. The Constitution Bench in State of Bombay Vs. R.M.D.Chamarbaugwala and Anr. (supra) has clearly stated that Constitution makers who set up an ideal welfare State have never intended to elevate betting and gambling on the level of country's trade or business or commerce.

In this country, the aforesaid were never accorded recognition of trade, business or commerce and were always regulated and taxing the lottery, gambling and betting was with the objective as noted by the Constitution Bench in the case of State of Bombay Vs. R.M.D. Chamarbaugwala and Anr.(supra), we, thus, do not accept the submission of the petitioner that there is any hostile discrimination in taxing the lottery, betting and gambling and not taxing other actionable claims. The rationale to tax the aforesaid is easily comprehensible as noted above. Hence, we do not find any violation of Article 14 in Item No. 6 of Schedule III of the Act, 2017"(Paragraph 71)

Another issue which arose in the case was whether the tax should be reckoned on the price of the lottery or whether its prize value can be taken into account for such purposes.

As per Section 15 of the GST Act and Rule 31A of the CGST Rules, prize money is also included in the value of supply.

The Court observed that such issues are beyond the domain of judicial review.

"We, thus, conclude that while determining the taxable value of supply the prize money is not to be excluded for the purpose of levy of GST".

The petitioner placed referred to taxation statutes of United Kingdom, Sri Lanka, New Zealand, Singapore etc., and submitted that these countries do not include the prize money in the value of supply.

The Court refused to accept this submission saying that taxation policies of other countries cannot be referred to while deciding on the provisions of a law enacted by the Indian Parliament.

"The legislative scheme of other countries may not be relevant for determining the issue which has been raised before us. The taxing policy and the taxing statute of various countries are different which are in accordance with taxing regime suitable and applicable in different countries", the bench observed.

The Court however reserved the liberty of the petitioner to challenge the notifications imposing 28% GST on lotteries.