"How Can We Pass Injunction Against States To not Commit Crimes?"SC Declines To Entertain Plea Seeking CBI Probe Into Rakesh Pandey's Encounter 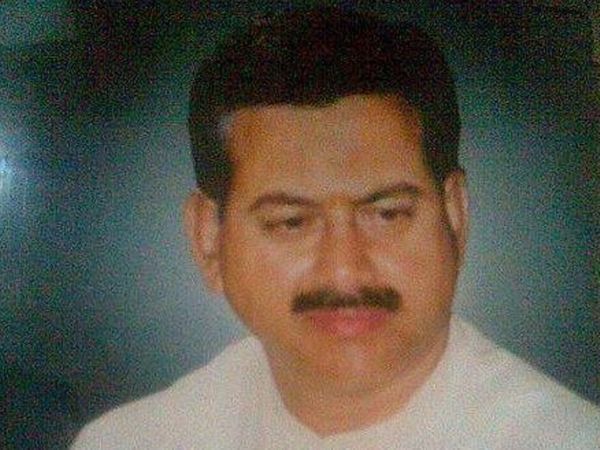 The Supreme Court declined to entertain a Public Interest Litigation (PIL) seeking probe by the Central Bureau of Investigation (CBI) into the alleged encounter of wanted criminal Rakesh Pandey in Lucknow on August 9 & granted him liberty to approach the appropriate High Court.

A bench of Chief Justice SA Bobde, Justices AS Bopanna & V. Ramasubramaniun heard the plea filed by Advocate Vishal Tiwari seeking a fair, independent & impartial inquiry into the alleged encounter of Rakesh Pandey on Tuesday by the UP Special Task Force (STF) on August 9, according to IG UP STF, Amitabh Yash.

Advocate Tiwari appeared before the Court and stated that "Everyday, the State is committing such crimes". To this, CJI SA Bobde replied, "Do you expect us to pass an injunction order against states to not commit crimes?"

Petitioner has urged the top court to constitute a three-member enquiry commission presided by the a retired Supreme Court Judge & the members of which shall be the retired judges of high courts.

The plea has also sought a direction that an FIR be registered against police officials who had carried out the alleged encounter under section 302 (Murder), 201 (Destruction of Evidence), 120-B (Criminal Conspiracy) and other sections of the Indian Penal Code (IPC).

Averring that even though Supreme Court had warned the Uttar Pradesh Police after the alleged encounter of Gangster Vikas Dubey that such incidents should not be repeated, "but the UP police is putting aside all warnings and challenging the Supremacy of Judiciary. It has been reported that on 9th August 2020 in morning that The Uttar Pradesh Special Task Force (STF) gunned down Rakesh Pandey @ Hanuman pandey, an accused in the 2005 murder case of BJP leader Krishnanand Rai, in an encounter near Sarojini Nagar Police Station in Lucknow Kanpur Highway" Tiwari states.

Tiwari alleges that this put forth a "Reign of Terror" and that "the entire State Authorities organised to kill the accused for seeking vengeance". This, he adds all cannot be done without the consent of State government head and that such kind of Registered organised killers are unwanted in Democratic Society.

"The Extra judicial killing or fake police encounters have been very badly condemned under the law. In a democratic society the police cannot be allowed to become a mode of delivering final justice or to become a punishing Authority. The power of punishment is only vested in the Judiciary. The police when becomes DARE DEVILS than the entire Rule of law collapses and generates the fear in the mind of people against police which is very dangerous for the Democracy and this also results into further crime" - Excerpt of Tiwari's Plea

The Uttar Pradesh Special Task Force (STF) gunned down Rakesh Pandey, an accused in the 2005 murder case of BJP leader Krishnanand Rai, in an encounter near Sarojini Nagar Police Station in Lucknow.

A resident of UP's Mau district, Pandey alias Hanuman Pandey carried a bounty of Rs 1 lakh. He was a wanted criminal and accused of many heinous crimes.

This encounter came a month after Kanpur gangster Vikas Dubey - accused of killing 8 policemen- was killed in an encounter, after his car turned turtle as he reached Kanpur along with the Uttar Pradesh STF.

The police claim that while Dubey attempted to escape in the ensuing confusion, the police tried to capture him alive but had to shoot him in self-defense. While four policemen were injured in the encounter, Dubey was declared dead as he was brought to the hospital.

After large uproar over the dubious nature of the encounter, a Supreme Court approved 3 member panel headed by Justice (retd) B S Chauhan was set up to probe into the killing of eight policemen and the subsequent encounter killings of gangster Vikas Dubey and five of his alleged associates.

On August 19, the Supreme Court had dismissed an application which sought the disbanding of the Justice (Retd) B S Chauhan inquiry Commission constituted to probe the alleged encounter of UP gangster, Vikas Dubey.