India Can Be Chosen As A Favoured Investment Destination Because Of Its Independent Judiciary & Rule Of Law : CJI Ramana At London Conference 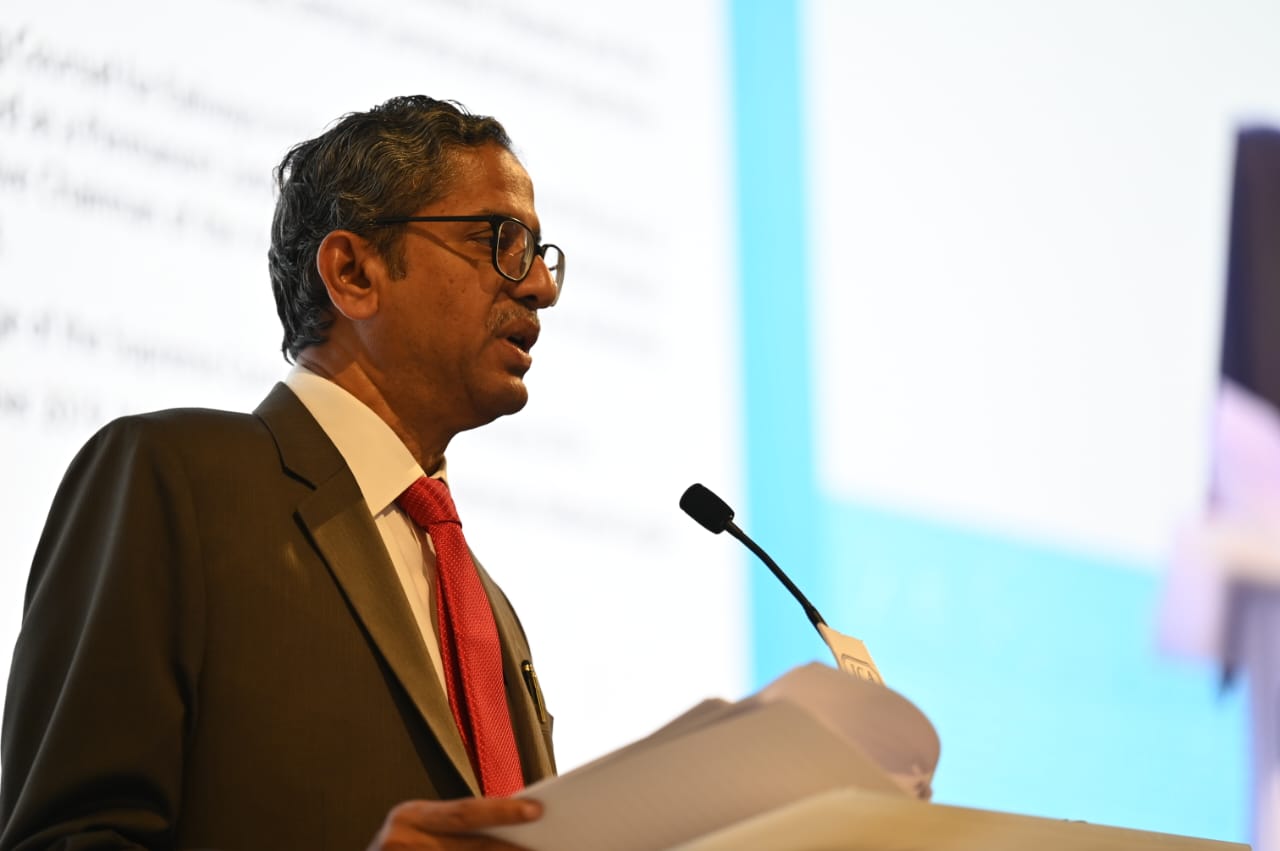 x
In India, the courts are pro-arbitration, the CJI said.

India can be chosen as a favoured investment destination because of its judicial system which is independent and gives primacy to the rule of law, said Chief Justice of India NV Ramana while speaking at an arbitration conference at London.

"In India, the courts are pro-arbitration. From the reference stage to enforcement, the Courts are fostering an environment where arbitral institutions and the autonomy of the arbitrator is respected", the CJI said.

"Apart from ease of enforcement, another advantage for choosing India as a favored investment destination is its judicial system. Both the legal systems in India and the United Kingdom are known for giving paramount importance to the rule of law. Both the nations share a similar legal culture, where Courts are known and respected as independent institutions. Apart from this, the investors would be entering into a common familiar legal field as both nations follow the common law system. Laws on important issues are often convergent between both nations", he continued.

He was delivering the inaugural address at the Conference on "Arbitrating Indo-UK Commercial Disputes" organized by the Indian Council of Arbitration (ICA), with support of FICCI, at Mansion House, London on Monday.

CJI Ramana commenced his address by commending FICCI and the ICA on doing a commendable job in making India a favourable destination for all investors and businessmen. He stated that while FICCI has been in the forefront of garnering opportunities for Indian businesses and start- ups, the ICA is one of the leading arbitral institutions in South Asia and is dedicated to the cause of quick and inexpensive justice. He also spoke on the global appeal of London as a financial hub due to its ideal location (situated between two time zones) and the global appeal of the English language which has boosted London's dominance in the commercial world.

CJI Ramana also spoke about the historical trade and commercial ties between the United Kingdom and India which has resulted in India standing as the UK's 12th largest trading partner. In 2020, the foreign direct investment (FDI) from the UK to India was 14.9 billion pounds. During the same period, FDI in the UK from India was 10.6 billion pounds. He stated that the recent India-UK Free Trade Agreement will pave a new path for future investments and that it is projected that the FTA could strengthen the business relations between the two nations further.

On the importance of Alternate Dispute Resolution, especially arbitration, CJI Ramana said that owing to the process being consensual, confidential and the result being binding, arbitration was the best suited dispute resolution mechanism for the commercial world. He stated that through arbitration, the parties had the freedom to choose not only the procedure and the laws that govern their transaction, but also have the freedom to choose their own arbitrators and domain experts. This choice provided parties with a sense of neutrality and fairness in the process.

However, CJI Ramana also highlighted the problem of pendency faced by the Indian judiciary. He stated that reasons for pendency of cases include growth of the Indian economy, population, rising awareness about rights etc. Further, he stated that in the absence of infra structure and sufficient number of judges commensurate with the increasing work load, the problem is intensifying. CJI Ramana also stated that he had been strongly advocating for transforming and upgrading the judicial infrastructure in India, as well as filling up of judicial vacancies and augmenting the strength.

He opined that another way of reducing pendency of cases in India was promoting ADR mechanisms. In this context, he mentioned that different State Governments in India are taking active steps in establishing International Arbitration Centres, with the aim to set up professionally run Arbitration and Mediation institutions in India along the lines of the LCIA or the Singapore International Arbitration Centre. This, he stated was in line with the recommendations made by the Srikrishna Committee to the Government of India in 2017.

Before concluding, CJI Ramana also provided with some suggestions to make arbitration an efficient result-oriented institution. First, he called for the establishment of more Commercial Courts for dealing with arbitration cases and nominating experts in the field to be Judges of those Courts. Second, he stated that–

"The role of the Court in arbitration process must be supervisory. We should not cross the fine line between assistance and interference."

He then called for more specialized institutions like the ICA and the International Centre for Alternative Dispute Resolution (ICADR) to provide for continuous hearings and expeditious awards. His fourth suggestion was related to Award Enforcement Regime. He stated that one mechanism to improve enforcement was to constitute a special authority by the State which could assess an investment contract prior to its execution. His final suggestion was to have various institutional arbitration centres functioning across the world form a council or confederation to share experiences and adopt best practices.

With this, CJI Ramana concluded his address.