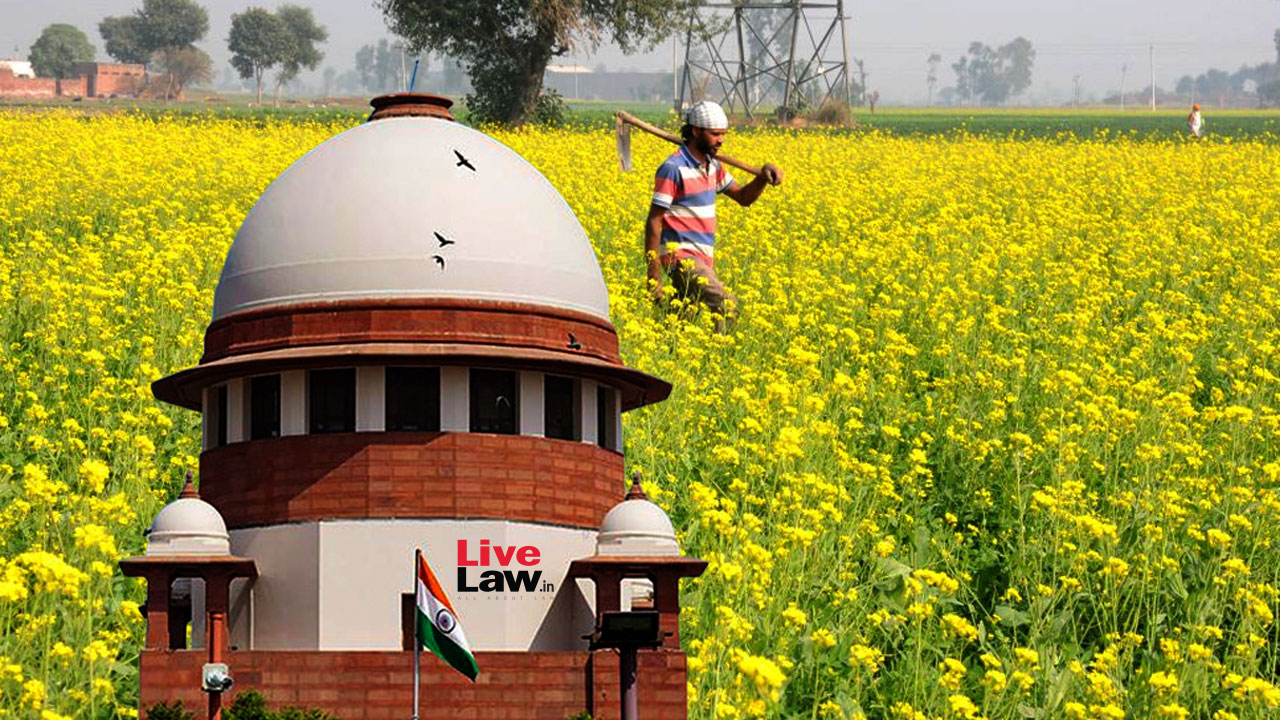 Is there a compelling reason for the environmental release of the genetically modified herbicide-tolerant mustard crop at this stage, and will such release have an irreversible adverse effect on the environment, the Supreme Court of India asked the Centre on Wednesday. A Division Bench comprising Justices Dinesh Maheshwari and B.V. Nagarathna was hearing a batch of petitions seeking a ban on the commercial cultivation of indigenously developed genetically modified mustard, christened "HT Mustard DMH-11", which in October, received the imprimatur of the Environment Ministry. This is the first time a transgenic food crop is planned to be commercially cultivated in India.

Observing that the petitioners were not against "experimentation" but wanted greater circumspection in light of the likelihood and the magnitude of the consequences, Justice Nagarathna asked, "Will we be doomed if we do not release genetically modified mustard now? Or it is possible to postpone the release till we develop a better understanding of its impacts?"

The Attorney-General for India, R. Venkataramani, took the court through the decisions of several meetings of the Genetic Engineering Appraisal Committee to illustrate the stages in which the approval for the environmental release of the genetically modified mustard was granted. Over a long period of time, the question of releasing the transgenic food crop has been "minutely looked at and carefully examined", with experts from reputed institutions "applying themselves periodically, year after year", the top law officer submitted. "Since the protocol has been complied with, there is no need for a 'compelling reason' to make this decision. We have crossed the stage where all the anxieties and concerns regarding this issue have been addressed, and by and large, resolved. The environmental release of the genetically modified mustard is the next logical step," he told the Bench.

Earlier, Advocate Prashant Bhushan and Senior Advocate Sanjay Parikh, appearing on behalf of the petitioners, had drawn the attention of the court to the reports of several committees, including a technical expert committee constituted pursuant to an order of the apex court, which in 2013 had categorically stated that it would be inadvisable to conduct more open field trials before, inter alia, addressing the gaps in the regulatory system and enhancing the understanding of the long-term impacts of introducing genetically modified crops on human and animal health and the ecology. Although in the interim report, this panel had suggested a moratorium of ten months on field trials of Bt transgenics, in its final report, an indefinite and complete ban on herbicide-tolerant crops was recommended. The Attorney-General took great exception to the report of this technical expert committee and the heavy reliance placed on it by the petitioners. He said, "The sum and substance of this report is that it is an ideological report. A scientist can also take an ideological stand. And now, on the basis of this report, this court is invited to make a value judgement." The apex court, the Attorney-General strenuously argued, was not permitted to venture beyond the limited question of whether the process envisioned under the law has been followed by the competent authorities. "The Court cannot go into the question of which science is good and which science is bad. Unless you find deficiencies in those processes and procedures, it would not be possible for the court to intervene only on the basis of this report," Venkataramani insisted.

"The conclusion of this report is that such herbicide-tolerant food crops were found to be completely unsuitable for the Indian context, particularly because of its effects on sustainable agriculture and its socioeconomic impacts on major sections of rural society," Justice Maheshwari summarised. He added, "This is not the final letter of the law, nor is it binding. This is an opinion by a responsible body." But, when the government is proceeding to do something "that is, if not in conflict, at least in divergence with what has been said by this responsible body", which had been constituted by the apex court itself, the government would be required to satisfy the court that such departure is based on "a reasonable basis, rational criteria and scientific methodology", the judge clarified. Justice Maheshwari also instructed the Attorney-General to address the concerns raised in a 2017 report of the Department-Related Parliamentary Standing Committee on Science and Technology, Environment & Forests of the Rajya Sabha, in which the environmental impact of genetically modified crops was closely examined, and the central government exhorted to reconsider its decision to commercialise genetically modified crops in the country. The Bench also sought greater clarity on the controversy surrounding the government's claim that DMH-11 was not a herbicide-tolerant variety of mustard crop.

On November 3, a Division Bench comprising Justices Dinesh Maheshwari and Sudhanshu Dhulia, had orally asked the Union Government to maintain the status quo on the commercial cultivation of genetically modified mustard and to refrain from taking any precipitate action with respect to its release. Yesterday, the court heard the submissions of the petitioners, represented by Bhushan and Parikh. The counsel informed the Bench that the process of the environmental release of genetically modified mustard was already underway, and the crop had been planted in open fields in certain locations. Invoking the precautionary principle, the counsel had requested the apex court to put an immediate end to this operation.

The Attorney-General is expected to conclude his submissions on December 7, when the matter is listed again. The court will also hear the submissions made on behalf of a Maharashtra-based farmers union, Shetkari Sanghatana, who has, citing Bt Cotton's success, filed an application opposition the public interest litigations.