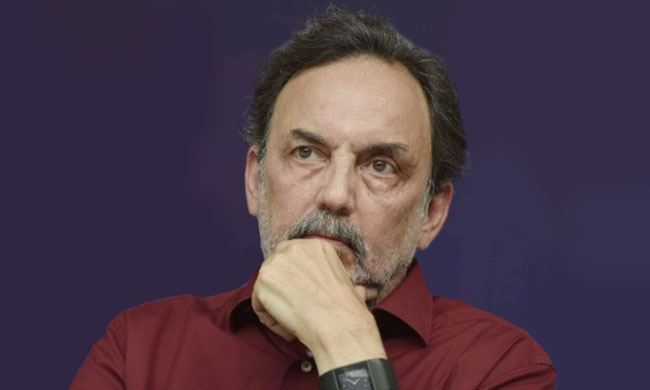 x
The addition pertains to the share transfers made by Roys to RRPR Holdings Pvt Ltd in the financial years 2009-10 and 2010-11.

The Income Tax Appellate Tribunal(ITAT) has upheld income tax department's addition of nearly Rs.117 crores each as capital gains to the income of New Delhi Television Ltd (NDTV) promoters Dr Prannoy Roy and Radhika Roy.Allowing the department's appeal, the New Delhi bench of the Tribunal reversed the order of Commissioner of Income Tax (Appeals) New Delhi, which had set aside the...

Allowing the department's appeal, the New Delhi bench of the Tribunal reversed the order of Commissioner of Income Tax (Appeals) New Delhi, which had set aside the original assessment order passed against the NDTV founders.

The addition pertains to the share transfers made by Roys to RRPR Holdings Pvt Ltd in the financial years 2009-10 and 2010-11.

The returns filed by Roys  were reopened by the assessing officer after the noting that they had sold NDTV shares to RRPR at Rs.4 per share, when the shares were trading at Rs.140 at the stock market.

Roys are the only shareholders of RRPR Holdings, with 50% each.  It was found that RRPR shares were pledged to raise a Rs 400 crore interest free loan from Vishwapradhan Commercial Private Ltd(VCPL).

The assessing officer added capital gains by calculating the consideration as Rs.140 per share instead of Rs. 4 per share and concluded that those were "sham transactions which have been manipulated to evade tax arising on the transfer of shares of NDTV".

It was further noted that Roys held a substantial stake and were in a position that can influence the decision of NDTV. Therefore, the assessing officer held that the actual nature of the transaction has to be examined by lifting the corporate veil, which would reveal that the Roys and NDTV were not distinct entities and that both acted in connivance to evade the tax on capital gains.

It was also found that RPRR was merely a company to borrow loan, which was not to be repaid but to be used by the promoters till the loans get converted into transfer of NDTV by RRPR to the lender.

The Commissioner of Income Tax (Appeals) had allowed Roys' appeal against the assessment. The CIT(A) said that the Income Tax Act had specifically mentioned the transactions where "full value of the consideration" could be taken as the "fair market value of consideration".

"Since in this case, the transfer of shares do not fall under any of the above mentioned provisions, therefore, market value cannot be deemed to be the full value of consideration of the asset in this case", the CIT(A) observed, setting aside the assessment.

The department came before ITAT challenging this order.

"the common fact emerged that shares were transferred to RRPR Holdings private limited which were later on pledged to obtain unsecured loan from Vishwapradhan Limited by loan agreement coupled with "call option agreement" and on reading of all these agreement the apparent transaction is of transferring shares of NDTV limited to the lender in guise of loan agreements", observed the ITAT in the order passed on June 14.

The Roys contended that they did not gain anything by purchasing and sale of shares of NDTV limited with RRPR . But this was rejected by the ITAT noting that the asssessess, who had controlling and managing stakes both in NDTV and RRPR, had obtained gains through the deal.

"it is apparent that if the shares are transferred at Rs. 4/- per share, the assessee will pay capital gain tax only considering the sale value of those shares at Rs. 4/- per share, ( if the whole transaction is not looked in to by complex agreement of loans ) whereas the RRPR Holdings private limited will obtain loan on those shares at the listed price of the shares of NDTV limited, free of interest. In a way, it was a methodology devised to pledge the shares of promoters to obtain interest-free loan for an indefinite tenure coupled with call option agreements to transfer the shares of NDTV limited. This shows a clear-cut benefit resulting into the hands of the assessee and Dr Roy"

The contention of Roys that they could not benefit from transaction as it was within promoter group was rejected by ITAT. The tribunal said, "the assessee entered into complex agreements with the lenders to realise the sale consideration in guise of loans from lenders."

The share transfer with VCPL had led to proceedings against Roys by the Securities and Exchange Board of India(SEBI) as well. On June 14 itself, the SEBI held that the Roys violated regulations by not disclosing the transactions with VCPL to the shareholders, and barred them from holding directorial or key manegerial positions in NDTV for two years. Later, the Securities Appellate Tribunal stayed the SEBI order, observing that a listed company cannot be permitted to remain headless.

In a statement given to Economic Times, Prannoy Roy denied any concealment of income and said that the case was related to a technical interpretation whether the transaction should be classified as short-term gains or long-term gains.

"The ITAT or the tax department has not unearthed any undisclosed or concealed income," he said in the email to ET. "The solitary issue in assessment year 2009-10 was whether income from capital gains was to be assessed as short-term or long-term gains. The ITAT has rejected our argument of long-term capital gains and taxed it as short-term."

Roy said the shares were transferred at face value.

"For the assessment year 2010-11, the technical issue is whether we were obliged to transfer shares of NDTV to our own company (RRPR Holdings) at market value or could we transfer them at face value," Roy said. "Moreover, there was no gain as the transfer was from ourselves to ourselves. All these transactions were duly and fully disclosed. There is no question of concealment."

He added that the order will be challenged as soon as the Court reopens in July.